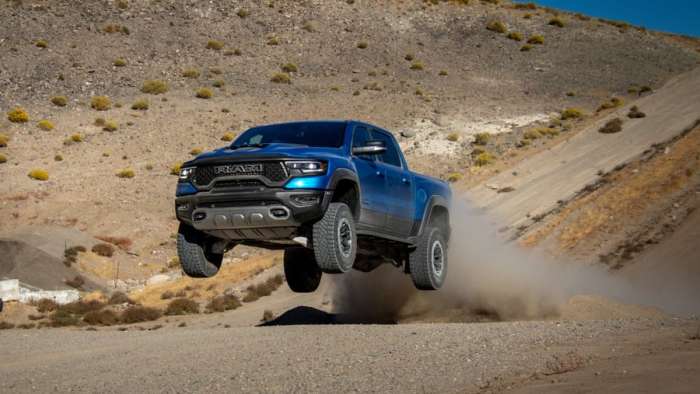 Motor Trend has announced that their 2021 Truck of the Year is the Ram 1500 TRX, making the Ram brand the first to record three-straight truck of the year awards of any kind.
Advertisement

The Ram 1500 TRX is the greatest off-road performance truck ever and this morning, it was named the best truck of 2021 by Motor Trend. To claim the 2021 Motor Trend Truck of the Year, the TRX beat seven other popular pickups to claim the title, but to anyone who has been fortunate enough to drive the Hellcat-powered Ram, this comes as no surprise. It might be a niche model, but it is incredible on the road and off, making it a deserving winner of this prized title.

2021 Motor Trend Truck of the Year
When the folks at Motor Trend begin considering trucks for their ‘of the year’ program. they only include models that are new or significantly changed from the previous year. For 2021, Motor Trend began with a total of eight trucks, but it was there were technically only five nameplates in the running. This included the Ford Super Duty, the Jeep Gladiator, the Nissan Titan, the Nissan Frontier and the Ram 1500 TRX. From Ford, both the F-250 Tremor with the 7.3-liter gasoline V8 and the F-350 Limited dually with the Power Stroke diesel were included in the proceedings. The Jeep Gladiator was tested in Sport EcoDiesel and Mojave trim while the Nissan Titan was considered in SV and XD Platinum forms. Those six were joined by the TRX and the Nissan Frontier, so it was a small group, but it was a very diverse group. 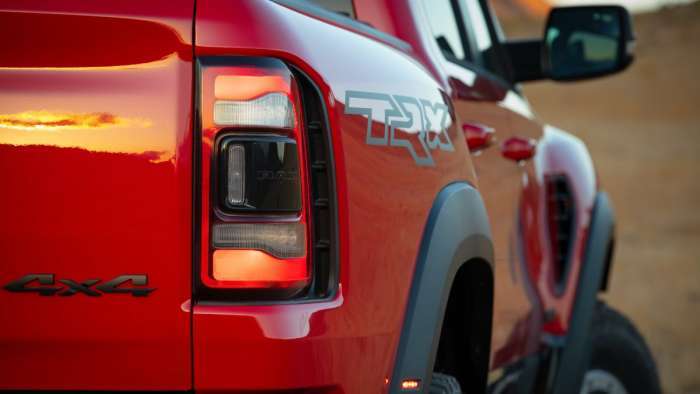 These trucks were all tested and scored in six categories, including Advancement in Design, Engineering Excellence, Efficiency, Safety, Value and Performance of Intended Function. When the Motor Trend team tested those eight trucks on- and off-road, they picked the Ram 1500 TRX as the best truck of 2021. Frankly, it isn’t that hard of a decision, as the TRX is one of the greatest production trucks of all time. 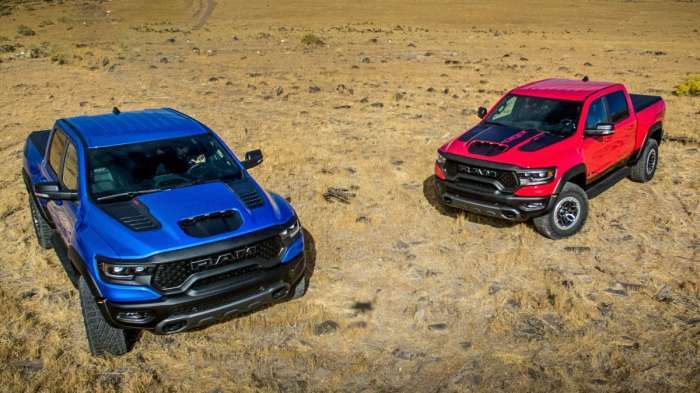 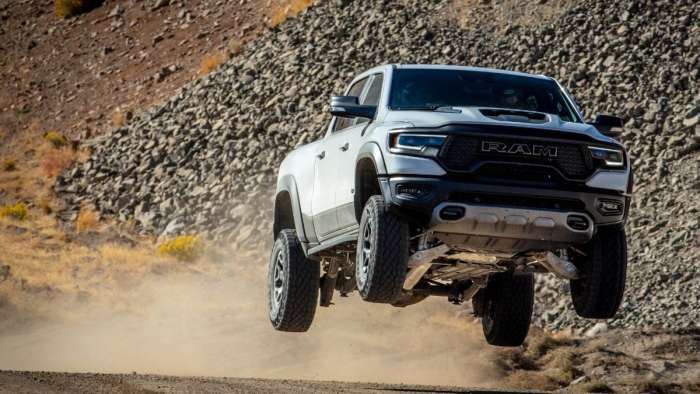 The big question is whether the Ram brand can roll out another new truck for the 2022 model year, which could possibly bring about a fourth-straight title.