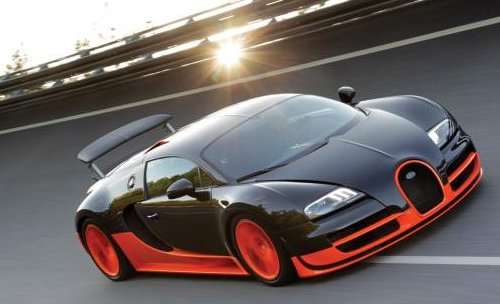 The Bugatti Veyron 16.4 Super Sport set the record for being the world’s fastest production car back in 2010 with a speed of 267.8 miles per hour – a record which stood until last week when Hennessey Performance pointed out that the record-setting Veyron run was performed with the factory speed limiter removed. The 1,200 horsepower Veyron is limited to just 258 miles per hour in stock ready-for-sale form so for the Super Sport to hit 267.8 miles per hour, it had to be modified from its stock form…or so said Hennessey. After pointing this out to the Guinness World Records team, the Veyron saw its record revoked because the car had technically been modified for the 2010 record run. With the Bugatti disqualified, the Shelby Super Cars Ultimate Aero became the world’s fastest production car with a speed of 256.1 miles per hour.

However, the Guinness World Records team has spent the last week discussing the situation and they have concluded that the Bugatti Veyron 16.4 Super Sport was not modified in a manner that helped the Italian supercar hit that speed. The brief announcement stated that “a change to the speed limiter does not alter the fundamental design of the car or its engine.” While the company did remove the speed limiter, removing a safety feature is hardly a modification that made the 267.8 top speed possible. If not for the company’s decision to limit the top speed to 258 miles per hour for the safety of the customer, the 1,200 horsepower Veyron Super Sport is well capable of reaching 267.8 miles per hour – making the Bugatti the world’s fastest car once again.

For Hennessey, their attempt to become the maker of the world’s fastest car by finding a technicality to have the vehicle faster than theirs has failed so they will likely head back to the drawing board in order to find a way for their Venom GT (shown below) to best the Veyron Super Sport. The Venom GT reportedly hit 265.7 on a two mile runway with more to give but the driver ran out of space and had to shut down – and that run was not verified by Guinness. Based on that run, the Hennessey supercar may be able to better challenge the Bugatti for the world’s fastest production car title on a longer surface.

Unfortunately, the Guinness World Record team also requires that a vehicle must have at least 50 production units to count as a production vehicle and Hennessey has built only 29 examples of the Venom GT. Guinness could wave that guideline but considering that Hennessey has already tried to use one technicality to obtain the record, the Guinness team might be less likely to be lenient for the small automaker going forward. Then again, the record people let Bugatti slide on the fact that they removed the limiter so perhaps they will let Hennessey slide on the fact that so few of their cars are built and sold. With the Hennessey Venom GT being so close to the record of the Bugatti Veyron 16.4 Super Sport, I would guess that this isn’t the last time that we hear about the battle between the two supercars as the low volume Venom GT tries to steal one of the Veyron’s world records.

John wrote on November 1, 2014 - 5:32pm Permalink
I will not matter if the Venom GT beats the Bugatti, it's a bug on wheels, a piece of crap. The Venom lacks quality, it seriously needs a major change. So it can go 270.3mph, it looks like a roach that was run over by a car with the eyes of a fly. The Bugatti weighs over 4,000 pounds, and it can go 268mph, the Venom weighs only around 2,000 pounds, so theres the problem. If the Bugatti only weighed 2,000 pounds, it would kick the Venoms ass. European cars are built with more quality, quality over speed and quantity