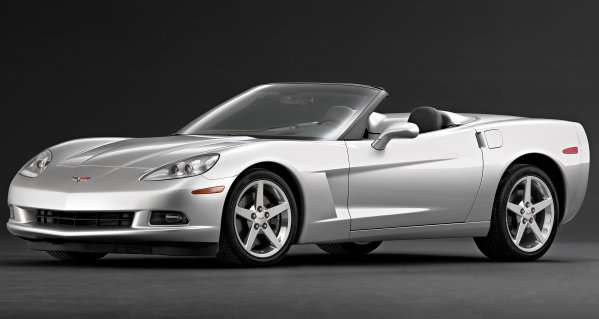 After an investigation that we first discussed exactly 374 days ago, General Motors has announced a recall of over 111,000 Chevrolet Corvette coupes and convertibles over a concern that the low beam portion of the headlights could fail to function when they get hot – while also agreeing to fix a large group of Corvettes not included in the actual recall.
Advertisement

Back on May 10th 2013, we brought you the news that the C6 Chevrolet Corvette was under investigation after the National Highway Traffic Safety Administration received 30 complaints of the low beam portion of the headlights failing. There were no injuries or accidents involving other cars reported in those initial complaints, but one guy who pulled his car off of the road when his headlights failed hit a tire lying on the side of the road…which surely did some damage to the front fascia.

During the first 3 months of the preliminary investigation of the C6 Corvette headlights, the NHTSA received another 65 complaints and based on that influx, the feds upgraded the investigation to an engineering analysis. The result of that second stage were findings that led the feds to ask General Motors to issue a recall of the Corvettes which might have the faulty headlights. The recall pertains specifically to 111,889 Corvette coupes and convertibles from the 2005, 2006 and 2007 model years but interestingly, the company is also willing to perform the same service to any 2008, 2009, 2010, 2011, 2012 or 2013 model year Corvettes of owners who are concerned about running into the problem. There has been no word why the 2008-2013 models are not included – considering that they are from the same generation and likely share many of the same components – but those models are not actually part of the recall.

General Motors has not announced exactly how they will rectify this problem on the 2005-2007 Chevrolet Corvette, but they have explained exactly what is causing the problem. It turns out that there is an “electrical center” under the hood that may expand due to the extreme engine heat and when this electrical connection expands and contracts over and over, it is prone to breaking. When that happens, the low beam headlights will fail to function. I would imagine that the fix involves adding some sort of heat insulation to this electrical center to either protect the whole unit from the heat or to prevent the consistent expansion under high temperatures.

Fortunately, the high beam headlights, the fog lights and all of the other lights around the Chevrolet Corvette will continue to function, but that won’t prevent the driver from suddenly losing the headlights while driving at night. Because of that, the owners of these affected Corvettes will be able to light their way home with the high beams and/or fog lights – but there is still that risky instance where the lights go out altogether. In total, GM is aware of several hundred complaints about the headlights in the C6 Corvette quitting without notice…but there are still no reported crashes, injuries or fatalities as result of this problem.