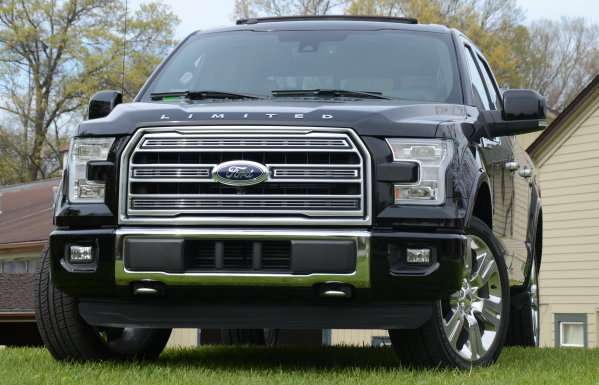 According to a new report focusing on a labor deal between Ford Motor Company and the Canadian Auto Workers Union, the Ford F150 is slated to receive a new 4.8L V8 which will be built in Canada starting sometime around 2020 or 2021.
Advertisement

Ford Motor Company is working on finalizing a new labor contract with the Canadian UAW, and as it often the case, this contract includes some details on future production plans. Most notably, this new labor contract includes production of a new 4.8L V8 at the Essex Engine Plant, which Reuters states will be used in the future Ford F150 - securing those jobs well into the future and offering some insight into the future of America’s bestselling pickup.

The New 4.8L V8
Ford Motor Company hasn’t offered any official information on the future F150 engine lineup, but here is what we know for sure from the Reuters report. Ford is working on a labor contract with the Canadian UAW and in that contract, there are financial investments outlined for a few of the Ford engine plants in Canada. A portion of these investments will be used to upgrade the current engine like which produces the 5.0L V8 in preparation for building a new engine and another portion will be used to develop a new large engine for the Super Duty lineup. We also know that the current production plans for those engine plants end in 2020.

Beyond that, we can only speculate as to what Ford has planned for the F150 and this new 4.8L V8, but with the direction of the industry as a whole – it isn’t hard to imagine why Ford is planning this new engine.

The Future Ford F150 V8
Some of you are surely wondering why Ford would transition from the tried and true 5.0L V8 for a smaller V8, but with the advancements in engine technology – this change makes sense.

We can expect that the 4.8L V8 will offer more power and better fuel economy in the future Ford F150 than the 5.0L V8. Considering the current output of the F150’s 5.0L V8 of 385 horsepower and 387lb-ft of torque, I would guess that Ford is targeting 400 horsepower and at least 400lb-ft of torque from the new 4.8L V8. With the help of modern engine technology, this new, smaller V8 should be able to offer more power more efficiently, so in addition to the added power – this engine will almost surely offered better fuel economy numbers than the 5.0L V8 as well.

The 5.0L V8 makes the current F150 one of the more efficient half ton trucks on the market, but the Ford V8 is down on power a bit compared to the crosstown rivals at Ram and Chevrolet. If FoMoCo can get the MPG up a few ticks while also infusing a bunch more power – it will make the bestselling truck in America even more popular.

Tesla Contemplates A New Strategy for China Retail even As Sales Boom
Jay Leno on Elon Musk & EVs: “I Think He Should Get ... Credit"
END_OF_DOCUMENT_TOKEN_TO_BE_REPLACED