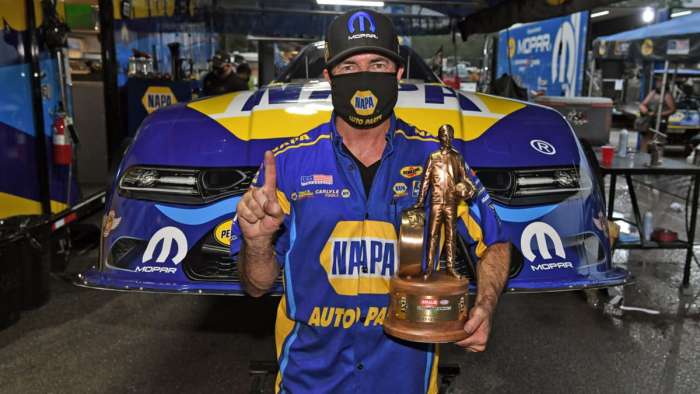 This past weekend, the Dodge Charger SRT Hellcat funny cars headed to Gainesville, Florida, for the Amalie Motor Oil Gatornationals. This was the 7th stop on the altered 2020 schedule and a Don Schumacher Racing Charger has won every event this season. A DSR funny car won the last three events of the 2019 schedule, so the quartet of Ron Capp, Matt Hagan, Jack Beckman and Tommy Johnson Jr, looked to make it 10-straight in Florida.

With the John Force Racing Camaro funny cars taking the season off, the DSR cars once again dominated the field, leading the way from beginning to end. 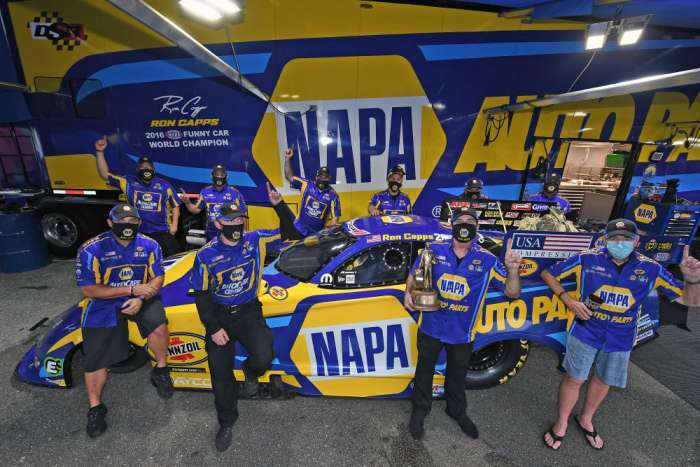 Charger Dominates in Florida
The event began with Matt Hagan being the only driver in the class to run in the 3-second range, laying down a 3.975 at 321.25 to qualify in the top spot with his Dodge Charger. Ron Capps qualified 4th (4.025), Jack Beckman qualified 9th (4.123) and Tommy Johnson Jr qualified 10th (4.129). The top two Ford Mustang drivers in the class, Tim Wilkerson and Bob Tasca III, qualified 2nd and 3rd. 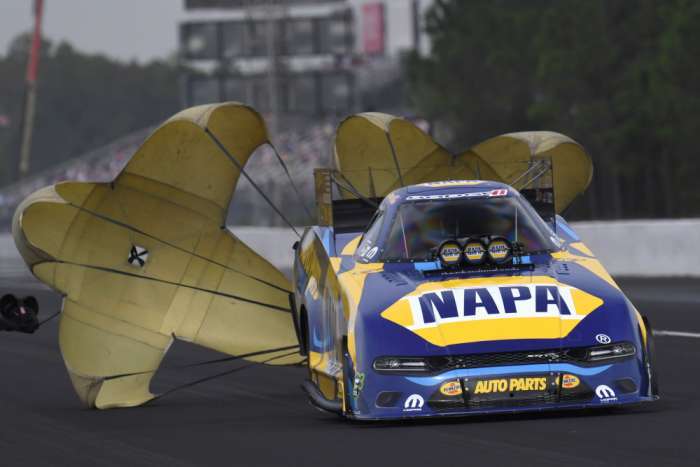 In the first round, Matt Hagan had a single run as there were only 15 cars in the field, but he still ran the best ET of the round with a 3.915 at 327.9 miles per hour. Talk about putting the class on notice. Beckman beat Paul Lee, Capps beat John Smith and Johnson beat JR Todd, with every Charger driver running in the 3-second range. 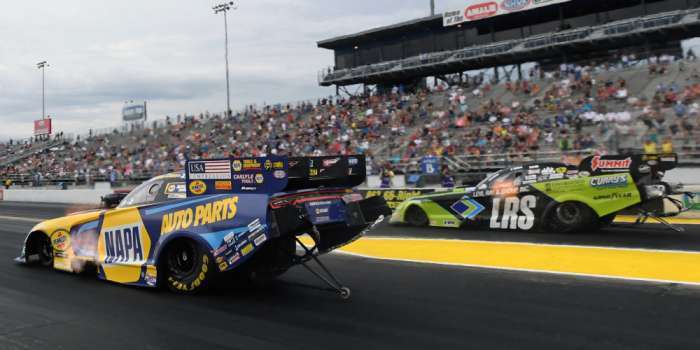 Unfortunately, in the second round, Hagan took on and beat Beckman while Johnson lost to Tim Wilkerson. Fortunately for Dodge fans, Capps beat Alexis DeJoria to advance to the semifinals. In the semis, Hagan’s weekend came to an end when Capps laid down the quickest pass of the class for the entire event with a 3.898 at 329.99 miles per hour. Hagan lost with a 4.016 at 312.64. In the other half of the semifinals, the two Ford Mustangs battled, with Wilkerson beating Tasca in another great head-to-head race. Wilkerson won with a 3.958 to Tasca’s 3.955. Tasca went quicker, but Wilkerson pulled a better reaction time for the win. 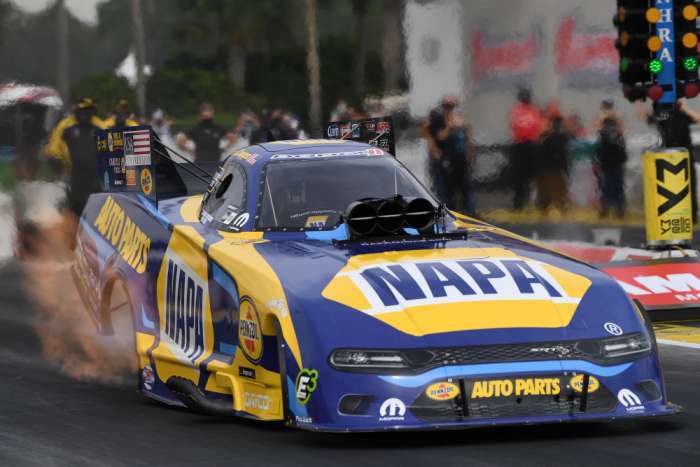 Finally, Ron Capps and his Dodge Charger SRT Hellcat took on Tim Wilkerson and his Ford Mustang in the funny car finals. Capps jumped out to an early lead with a stronger reaction time and he never looked back. The Charger ran a 3.937 and won while Wilkerson ran a losing 3.945. This is Wilkerson’s first final appearance of the year while it was Capps’ second win of 2020.

Season Standings
Jack Beckman is in the top spot in the 2020 Funny Car championship race with 569 points. Matt Hagan is 2nd, 4 points back and Tommy Johnson Jr. is 3rd, 57 points out of the top spot. Ron Capps is now 4th, 83 points back of the leader and Tim Wilkerson rounds out the top 5, 121 points behind Beckman.