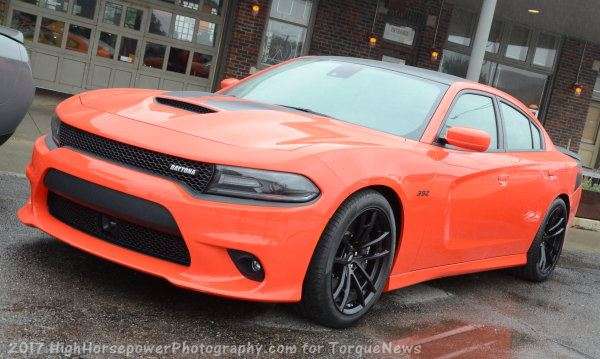 Through the first three months of 2017, the Dodge Charger leads all rear wheel drive sedans in sales and in terms of every rear wheel drive car sold in America – only the Ford Mustang has sold more units, and that is by a narrow margin.
Advertisement

In fact, the Dodge Charger is ranks second in sales among all rear wheel drive-based cars sold in America, with only the Ford Mustang - the world’s bestselling sports car – edging it out by a narrow margin.

Dodge Charger VS the American Rivals
During the first three months of 2017, FCA has sold 22,319 examples of the Dodge Charger in the United States. Ford has better selling sedans with the Focus and Fusion, but those are both FWD-based vehicles, as are the hottest selling sedans from Chevrolet (Malibu, Cruze). The Ford Taurus (FWD/AWD) has only moved 10,852 units this year while Chevy’s Impala (FWD) has sent out 22,022 units, so among the large American sedans, the Charger is the top dog.

Cadillac sells an array of rear wheel drive sedans including the ATS, CTS and CT6, but those three RWD 4-door models have only accounted for 8,236 units sold this year, combined.

Dodge Charger VS The World
Again, the Dodge Charger has moved 22,319 units during the first three months of 2017 without any real competition from Ford or General Motors. Next to the Charger, the two bestselling rear wheel drive sedans in the US market are the Mercedes Benz C-Class and the BMW 3-Series – both of which fall short of the Charger’s Q1 sales. Daimler has sold 20,619 C-Class sedans and BMW has sold 14,637 3-Series sedans.

Lexus sells a handful of rear wheel drive sedans including the IS, the GS and the LS, but when you add up the Q1 sales for all three of those models, the total comes to just 8,343, so the Charger outsells all of the RWD sedans offered by Toyota Motors in the US, combined.

Finally, while Audi sells far more AWD cars than anything else, they do make some great, popular sedans, so the brand does pose a challenge to the Dodge Charger. However, when you add up all of their 4-door cars sold in the US, the total comes to 19,976, so the Charger outsells all of Audi’s sedans combined.