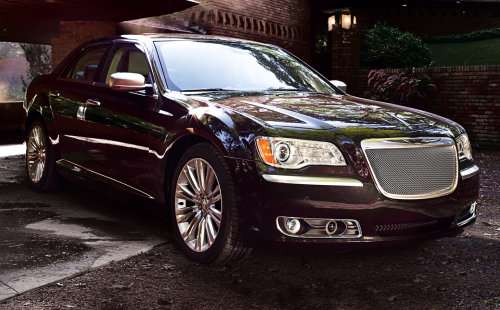 The numbers are in for the last month of 2011 and once again, the Chrysler Group led the way for the entire American auto industry in terms of year over year growth – with all four of their pre-existing brands showing positive growth in December while the Fiat brand trudged onward.
Advertisement

It has been a great year for the Chrysler Group, climbing out of “bailout status” with the help of new parent company Fiat SpA and throughout the year, their brands have been among the strongest in terms of year over year growth. Once again, the core brands of the Chrysler Group (Dodge, Ram, Jeep, Chrysler) all showed strong growth in December 2011 while the much-criticized Fiat 500 technically showed no growth since it is still in its first year.

The top brand from the Chrysler Group is the luxury brand from which the whole company takes its name. Chrysler grew by a whopping 83% in December 2011 (compared to December 2010) although while the company offered 5 vehicles in 2010 they had just three horses in their portfolio for much of this year. The big news from the Chrysler brand was the powerful impact of the refreshed Chrysler 300 sedan (shown on the right) and the “new” Chrysler 200 sedan and convertible. The brawny 300 sedan packs either Pentastar V6 or Hemi V8 (5.7L or 6.4L) power and last month, it sold an impressive 242% more vehicles than it did in December of 2010. The Chrysler 200 is technically a new model so it has no growth rate compared to last year but with 9,213 units sold compared to just 1,211 examples of the Sebring (the model the 200 replaced), the new 200 sold 661% more units than did its predecessor. The top model from Chrysler in terms of sales volume was the Town & Country minivan with 9,619 units sold, followed by the 200 and then the 300.

The Dodge brand lineup of cars, minivans and sport utility vehicles was third in terms of growth with a 28% improvement in December 2011 over the same month last year. The redesigned 2011 Dodge Durango full sized SUV closed out a great first year with a bang - being the top model in growth with a 1,231% jump from last year in moving 4,806 units. The full sized Dodge Charger sedan was second in growth with 7,211 units sold accounting for an increase of 227% while the Avenger rounded out the top three with an increase of 77% from last year. When it came to sales volume, the Grand Caravan minivan (which is rumored to be nearing the end of its life) was the top dog with 11,879 units sold last month. The Dodge Charger was second in terms of volume with 7,211 units and the Avenger was third with 6,216 mid-sized sedans sold last month.

With a 10% increase in sales compared to last December, Chrysler’s Ram Truck brand was the fourth out of four but you know that things are headed in the right direction when your “worst” performing brand still shows a 10% year over year improvement. The mid-sized Dakota pickup ended production in November so to see sales slide in December should come as no surprise and with the new Caravan-based Ram C/V in the early stages of life, the full sized Ram pickup led the brand in both sales volume and growth. The Ram Truck lineup (1500, 2500, 3500, 4500, 5500) moved 26,013 trucks last month for an increase of 12% over December 2010. The fading Dakota was second with 408 units sold and the budding Ram C/V saw 179 examples of this new panel van hit the streets last month.

Finally, the Fiat 500 sent out 2,325 in December 2011 and since it wasn’t available last December, there is no growth rate. The return of the Fiat brand has been criticized as it has failed to meet the lofty goal of 50,000 units – sending out just under 10,000 units this year but the reception of the new 500 has been strong , New models, like a 500 convertible, the performance minded Abarth model and the upcoming electric 500 in the next 18 months should help get more people into Fiat dealerships around North America.

Thank to new models like the 2013 Dodge Dart, the Chrysler Group can expect to see their brands continue to grow through the 2012 calendar year. Things have been going great for the Chrysler Group since Fiat SpA took over and with any luck – they can keep this streak going throughout the new year.