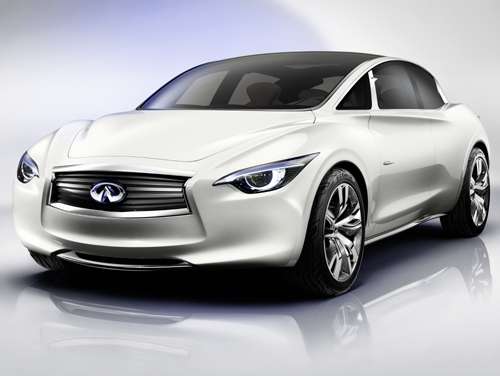 The 2011 sales numbers are in and it seems as if Infiniti is poised to follow Lincoln's path to irrelevance in the marketplace. The problem may be that Nissan is making its own cars and trucks too damn well to justify buying an upscale Infiniti.
Advertisement

First lets look at the final sales numbers. The industry overall was up approximately 10.8 percent and Nissan, the brand, saw year-over-year sales growth of 10.7 percent, a statistical tie to so speak. Total Infiniti sales of 98,461 in 2011 were down 4.8 percent compared to the 103,411 units sold during 2010.

That works out to be really a net loss of about 15 percent if you use the industry average as a benchmark. Infiniti should have had about 113,000 sales one could estimate.

Obviously the economy is a factor. (I know – "it's the economy stupid.) Some buyers may have opted for upscale Nissans instead of buying Infinitis. After all, why plop down $47,700 on a Infiniti M37 when you can have a fully loaded Maxima for about $8,000 less?

But that doesn't explain why brands like Audi, BMW and Mercedes all had strong sales years. (Only Audi has released official figures and it is up 15.68 percent.) Well, wait a minute, those brands interestingly enough don't have sibling competition that is beating them down. You might quibble about Audi a little bit but VW is distinct enough.

From this perspective it's easy to figure out why Infiniti is going down and Nissan is going up. Nissan's got the better product overall at this point much like Ford has much more compelling vehicles in its stable than anything with a Lincoln badge on it.

Seriously, have you checked out the Lincoln lineup lately? Don't feel bad if you haven't because it's mostly a confusing cluster of letters beginning with M.

Quick – here's a challenge. Name a compelling member of the Infiniti lineup that doesn't have an equally almost-as-good if not as-good Nissan sibling. There's one: the QX. It's the sole shining light. Infiniti QX sales of 1,735 showed an increase of 7.8 percent for December, its best month in more than seven years, and the full-size luxury SUV had an increase of 12.7 percent to 13,428 units for the year.

This hulking (yet beautifully compelling) SUV represents one-in-seven of all Infinitis sold in the U.S. in 2011 in spite of high has prices and a fuel economy rating of 14-mpg city and 20-mpg highway for a combined rating of 16 mpg on premium fuel and a price tag of $58,000 plus.

Here's more speculation on why the QX56 sells as well as it does – and won't continue to do so in 2012. It currently has no Nissan competitor but it will as of the Detroit Auto Show when the new Pathfinder is introduced. Look for it to slice sales away from the QX56, truly a brilliant SUV – possibly the best in the luxury class, if the economy doesn't pick up more steam.

At the North American International Auto Show in Detroit next week, Infiniti will show the JX, the brand’s first 3-row, 7-passenger luxury crossover, as well as the higher-performance IPL G Convertible, both of which go on sale in early 2012. Convertibles don't resuscitate car companies but the JX might give it a boost.

In addition, Infiniti will feature the Etherea concept, which Infiniti says "re-imagines the luxury car for a new generation of younger buyers." Look quickly at the picture. Which Lincoln does it remind you of?

What does Infiniti think of our tagging the brand as the next Lincoln? Their PR folks were working on a response but hadn’t responded as this was being posted. If they do, their remarks will be included. In the meantime, though, unless something changes and Infiniti begins to stand apart, it could be soon destined for irrelevance.