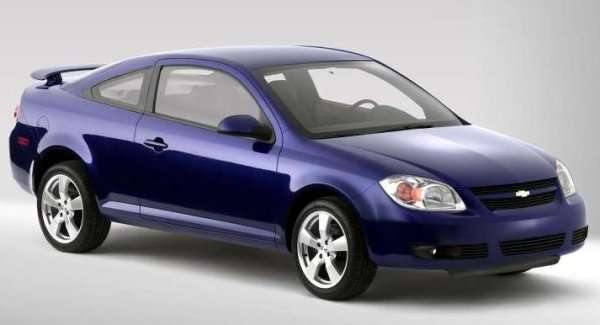 Chevrolet Cobalt Ignition/Airbag Recall Isnt as Deadly as Some Suggest

General Motors has issued a recall for 778,000 small cars due to ignition switch failures with reports of 6 deaths as a result of the problem, but doing some research into the whole situation reveals that those deaths may not have been caused by the ignition issue and those deaths are being mentioned to help spice up a fairly drab recall situation.
Advertisement

First and foremost, some information on this new General Motors ignition switch recall. This recall affects 778,562 small cars including the Chevrolet Cobalt from the 2005, 2006 and 2007 model years and the 2007 Pontiac G5 (which is nothing more than a rebadged Cobalt). It seems as though the ignition switch in these cars could slip from the run position while being driven and when that happens; the engine could stall and the airbags could be deactivated. In a worst case scenario, the engine could stall and when it stalls, the driver could lose both power brake and power steering assistance. The driver would still be able to steer and use the brakes, but the effectiveness of both systems is diminished when the engine stops running. A combination of a loss of power steering, power brakes and engine power could lead to an accident – which could be more dangerous than usual if the airbag system has also been shut down by the faulty ignition.

General Motors believes that the faulty ignition switch could leave the run position due to a variety of factors with the most common being an especially rough road, a hard, jarring bump or excess weight hanging on the ignition key. In other words, if you spend lots of time driving your 2005-2007 Chevy Cobalt / 2007 Pontiac G5 on a rough dirt road or if you are one of those drivers who have a ton of crap hanging on your key chain – you are more likely to experience this problem.

GM opted to launch this recall after receiving a number of complaints where the ignition switch in the Chevrolet Cobalt and Pontiac G5 had slipped from the run position while being driven. Included in these complaints were 22 instances where the car had been in a front-end collision of some sort and the airbags did not open as expected. 17 of these accidents included minor injuries at worst, but 5 of those accidents resulted in a death. Many media sources have talked about how 6 people died in those 5 crashes as a result of the airbag not opening, but GM has pointed out that the 6 deaths were not specifically a result of the ignition problem. In those 5 accidents that resulted in 6 deaths, other – much more significant - factors played a major part including excessively high speeds, drunk driving and occupants not wearing seatbelts. Some outlets like to paint a picture of a simple fender bender resulting in a death because the airbags didn’t open, but that is not the case here.

In any case, General Motors has announced the recall of these 778k Chevrolet Cobalt and Pontiac G5 compact cars to address this issue. Owners will be asked to return to their local Chevrolet dealership where the ignition switch will be replaced with one that will not slip from the run position. In the meantime, GM urges owners to not have unnecessary junk hanging on their key ring. That pink flamingo key chain you got in Florida is cute – but it isn’t cute enough to warrant crashing your car.

Stephanie stiltner wrote on February 14, 2014 - 1:27pm Permalink
I wreck my colbolt it 2006 cuz the car shut down and rolled it and airbags didnt come out luckey i didnt get hurt but i had bond insurance and now iam paying on car i cant drive nowing it wasnt my fault!!