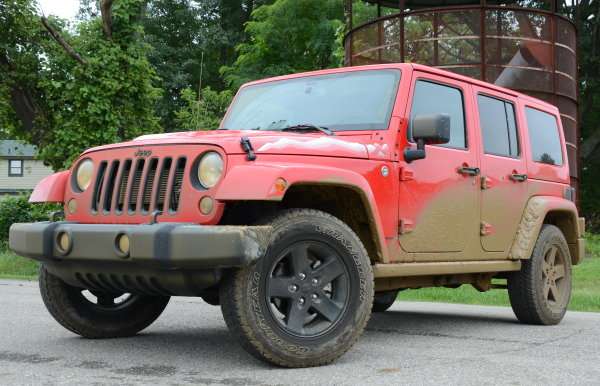 We have compiled the top 25 bestselling vehicles in the American auto industry and while the Ford F Series was once again at the head of a very familiar class, there was one key change – with the Toyota Prius leaving the top 25 and the Jeep Wrangler jumping onto the list.
Advertisement

We previously reported that the Ford F-Series pickup was, once again, the bestselling vehicle in America with 780,354 new trucks sold last year. Today, we bring you our list of the top 25 bestselling vehicles for 2015 and some interesting figures that show the overall growth of the industry over the past 12 months.

While the numbers have improved from top to bottom of our to 25 bestselling vehicles in America for 2015, there was one key change. The Toyota Prius was 19th on the list last year, but with the upward shift in sales among the rest of the vehicles on the list and the drop in Prius sales, the Prius has dropped out of the top 25. In its place, the Jeep Wrangler jumps from being outside of the top 25 in 2014 to 22nd in 2015.

Here is a quick breakdown of the top 25 bestselling vehicles in the USA for 2015.

1-6
We previously reported the top 5 bestselling vehicles in the USA for 2015, with the Ford F-Series once again leading the way, followed by the Chevrolet Silverado, the Ram pickup and the Toyota Camry. The first change for 2015 comes in 5th place, where the Toyota Corolla has jumped ahead of the Honda Accord.

14-20
In the group of 14th through 20th, we start off with the Chevrolet Equinox and the Hyundai Elantra, both of which were in the same slots last year. The Chevy Cruze fell to 16th from 12th, the Ford Explorer climbed to 17th from 21st and the GMC Sierra pickup held steady in 18th. The Jeep Cherokee was another vehicle with a big jump, finishing 18th in 2015 after hitting the list in its first full year in 2014 at 25th while the Hyundai Sonata dropped to 20th from 17th in 2014.