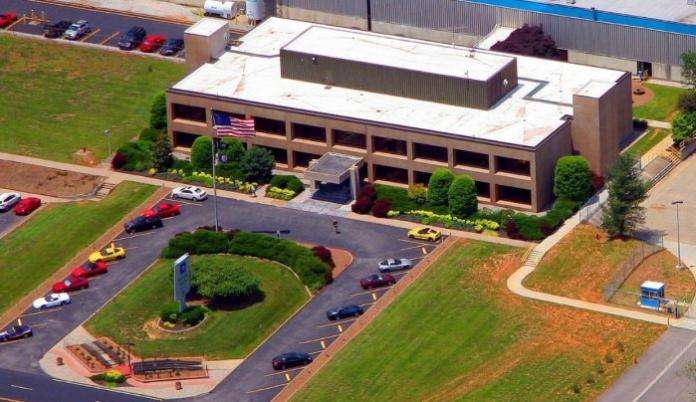 The Chevrolet Corvette assembly facility in Bowling Green, Kentucky will begin their summer shutdown to prepare for 2018 model year production – which could include the long-rumored mid-engine Corvette – along with working on the plant's new paint shop.
Advertisement

Friday, July 28th marks the final day of Chevrolet Corvette before the summer shutdown, as the Bowling Green Assembly Plant in Kentucky enters its routine summer downtime. The Corvette plant (and most other plants around the country) have this routine summer downtime in order to prepare for the next model year, but with the Corvette assembly lines expected to be inactive until October as the workers begin working on a new paint shop while also making changes to the actually assembly line area – changes which might allow the plant to build the rumored mid-engine Corvette.

In any case, the final Chevrolet Corvette of the summer will be built today, tomorrow and Friday, before the plant halts production until the 2018 models begin rolling down the line in October or November.

More than Routine Downtime
Every year, the Corvette assembly plant in Bowling Green, Kentucky shuts down in the summer for general maintenance and to make any changes needed for the following model year. When the model year change includes a generational change – like when they transitioned from C6 to C7 in the summer of 2013 – the summer break will be longer since there are more changes to be made.

In addition to the changes made for the 2018 model year – mid-engine Corvette or not – the Bowling Green Assembly Plant is also getting a new paint shop. The paint shop will likely take longer than the normal summer downtime period, so the formal reason for the lengthy downtime is to build the new paint shop, but insiders believe that there could be changes made to the assembly line to allow the Kentucky plant to build a mid-engine Corvette.

If nothing else, the arrival of the 2018 model year means that we are one model year closer to the next super-Corvette. While the mid-engine Corvette is merely a rumor without any official company support, spy shots and videos have made it very clear that there is a Corvette with greater performance capabilities than the current Z06 on the way. We have seen this C7 Corvette with its extreme aero bits on American roads and on the Nurburgring, so it is definitely coming – we just don’t know when. Rumors suggest that it could debut at the 2018 Detroit Auto Show as a 2019 model year vehicle, arrival as soon as next summer, so the changes being made to the Bowling Green assembly line could be a part of that program – but we have our fingers crossed that this summer’s downtime will be to prepare the plant to build the mid-engine Corvette.

The Corvette production facility reopen in October, with the permanent workers returning at that point and temp workers should be coming back sometime after that. After Friday, 2018 Corvettes should start rolling off of the line in November.

Don wrote on July 27, 2017 - 10:28am Permalink
Apparently some dealers already have the 2018 Corvette on their lots.People report seeing few of them.