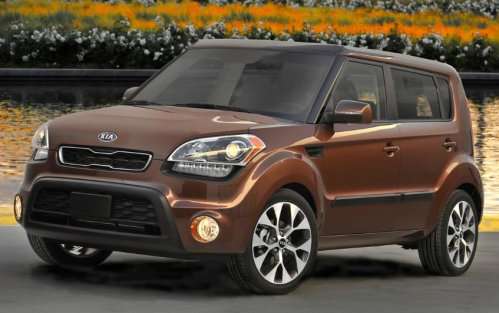 The Nielsen Company named its “Automotive Ad of the Year” winner at the 2011 New York International Auto Show, giving Kia’s popular rapping hamsters, the Soul, the top award for the second year in a row.
Advertisement

In the winning commercial, two hamsters are shown driving Kia Motors’ Soul, a funky urban passenger vehicle, to the beat of a catchy hip-hop song “The Choice is Yours” by Black Sheep. The uniquely styled Soul passes by some very boring transportation options, making viewers think -- would they rather drive “this” fun car or “that” boring box on wheels?

Kia has created excellent consumer brand awareness for a car that might otherwise be overlooked with their hamster commercials. In 2010, Kia Motors won the Automotive Ad of the Year for the “A New Way to Roll” commercial.

It certainly is hard to ignore these car-driving rodents and that has paid off for Kia. In March, the Soul became the second Kia vehicle to sell more than 10,000 units in a single month, and the company reports that year-to-date sales are up 50.8 percent.

Will Kia take home the top ad award in 2012? So far, the hamsters are working well for the company and fans will probably expect to see what the little rodents are up to next. Is it enough to keep the numbers going up for the Kia line?

Time will tell, but with a long list of accolades including "Best Hatchback of 2010" by Cars.com and being named as one of the "Most Exciting Cars of 2010" by TIME.com, it looks like Kia will continue to appeal to consumers who are looking for a small car that's big on style.

The Kia Soul is available in four trims - the Soul, Soul+, Soul! (exclaim) and Soul sport, and is priced starting under $14,000. It’s roomier than one would think, with approximately 42.1” of legroom in the front and 39” for passengers in the back.

Keeping up with technology, the 2012 Soul will offer Kia's first in-car hands-free communication and entertainment system, UVO powered by Microsoft, allowing drivers to safely use these features while keeping their eyes on the road and hands on the wheel.