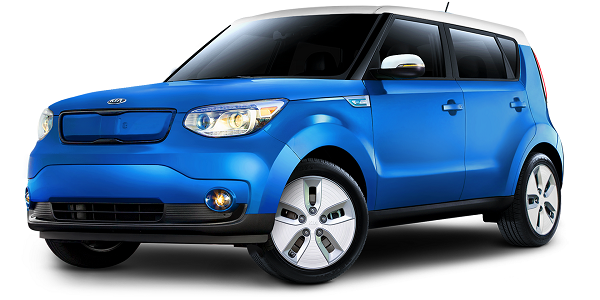 Kia Soul EV has the same price, better range and sells under a decimal point compared to Nissan LEAF.
Advertisement

"The Kia is a more spacious car, has slightly more equipment/features (cooled seats), and most importantly has at least 10% more (15%?) range, which is no small thing. Yet its sales are well under a decimal point compared to the LEAF. What's missing?" asks Anton Vahlman in Kia Soul EV Facebook group. Could the same model, offered for a few thousand less, increase the public acceptance significantly?

What follows are the responses from the discussion by Soul EV owners, who share their own views on Kia Soul EV vs Nissan LEAF.

Stacey Bahr writes that Kia isn't marketing the EV and it is only available in a few markets in California. "The Leaf has been on the market for 5 years and Nissan promotes it, so there is more consumer awareness."

John M. Glennie replies Soul EV is so spacious, it doesn't have nearly the cargo volume of the Nissan LEAF.

Paul Raszewski points to the long wait list and the lack of demo cars for people to test drive. He says very limited dealerships are allowed to sell or lease them.

Genevieve Marchand O'Meara says she reserved his Soul EV in Montreal in the September of 2014 and he still hasn't received it yet. "I have no idea the color it will be. The only think I know is that it will be fully equipped because I wish to have the ChaDeMo (fast charge)," O'Meara writes.

One other reason is the limited production. Kia, in a release, has said that it plans to increase the production of Soul EVs to 5,000 units. In fact, Nissan has the capacity to produce 250,000 LEAFs per year. However, I think if Kia sold more Soul EVs they would easily increase the production. During the months of January, February and March of 2015 Kia has sold only 180 Soul EVs. Nissan has sold 4085 LEAFs during the same period.

True, the LEAF is sold almost everywhere in the country, the Soul EV is only available in three metro areas in California right now, but even in California "the LEAF vastly out-sells the Kia Soul EV, not by double or triple, but by more like 10x. It's not a supply issue," writes Wahlman.

Steve Wanamaker has a reasonable point: "Most people don't even know the Soul is available in EV. The LEAF is a well-known vehicle and has been available for a few years now. Not at all surprising that the sales numbers have such a huge gap."

Production Volume
Few people commented about the low production volume of Kia Soul EV, despite still anemic sales. Erlend Stansberg writes that dealer availability is a big issue. "Here in Norway customers are waiting more than 6 months to get their cars. The dealers are frustrated about the very limited quantity of cars available. I guess the low production volume is a consequence of that Kia doesn't have enough belief in the EV market and that the Soul EV is a show off?"

Trial and Error?
Paul Raszewski writes that Kia and parent company Hyundai invested billions to develop their green lineup (Blue Line) with EV, PHEV, FCEV - all present in their current lineup. "I guess they are still learning how to market it properly. It's trial and error time. We just have to be patient. Following the launch of the Sonata PHEV the new Optima PHEV will follow shortly too," Raszewski writes.

"No one I have spoken with even knows the Soul EV exists. Nissan has done a nice job building awareness over the years. Got my loaded Soul EV+ lease for $2k down plus $288 per month at 3yr/36k mi, so it's not a lot more expensive than a loaded Leaf. BTW I think the Soul has about 25% more range than the Leaf when it is charged to 100%, replies another group member Deane Gardner.

What is your opinion?