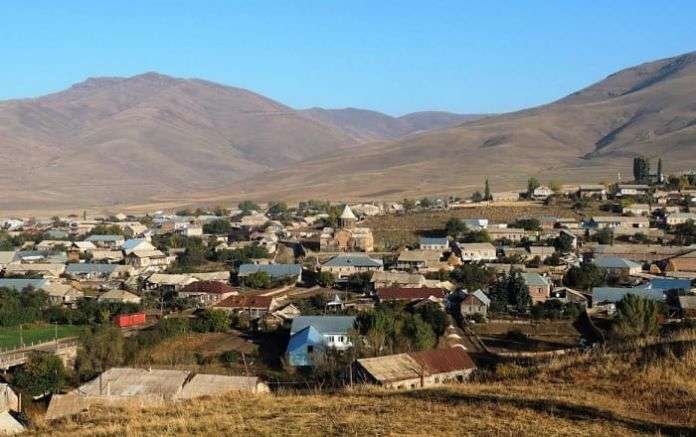 This Village in Armenia May Be Tesla's Next Powerpack Location

You may have heard about Tesla's Powerpack stations if you have read what Tesla was doing in Puerto Rico. These are utility and business energy storage units that help to store energy. Let's say you have a solar station and produce excess amount of energy. You need something like Powerpack to store your extra energy. That's what Tesla and Armenia are negotiating about and here is where the first pilot project will be built in Armenia.
Advertisement

The village of Ddmashen, near Lake Savean in Armenia, may be the site of Tesla's new operations, constructing utility and business energy storage units to store Armenia's excess solar energy.

Two days ago, Armenian Premier Minister Mr. Karen Karapetyan gave an exclusive interview to B4 Business for Business, in which he revealed that the country is negotiating with Tesla to invest in Armenia's solar sector. The construction of the first solar power plant in Armenia was of great importance for the investor club projects. Being unique in its kind, it became a stimulus, and six months later new solar stations appeared in Armenia.

"One important fact is that, in parallel with the increase in energy produced by solar stations in Armenia, there is a need to accumulate that electricity. Otherwise we have to produce energy and lose it because we do not have the opportunity to consume all that energy at a given moment. And this is the next project of the investor club, which is currently being discussed with TESLA, along with other products. We are also trying to build accumulative stations. The first pilot project will be built in Ddmashen, building up to 15 megawatt galvanic accumulator stations. Its initial cost is 15-17 million US dollars. These four projects are already underway, they are at the stage of designing, drafting documents.

It is really not clear if the discussions with Tesla are just discussions or those projects are underway. It it also not clear if the projects, which are underway, are different projects, or those, which are being discussed with Tesla. What I gather from this interview, is that Armenia and Tesla are testing a pilot project int he village of Ddmashen, in the Gegharkunik Province of Armenia.

Mr. Karapetyan also added that if they succeed in implementing this latest project, it will essentially change Armenia's energy security. "Though, in terms of energy security, our country is far more secure than the majority of European states, the development of solar energy would have a limit if we did not solve the problem of accumulating and storing that energy as there is a problem of the use of reactive power," said Karapetyan

Therefore, if all goes well, soon we may hear more about Tesla's operations in Armenia. Two months ago, in October of 2017 Tesla unveiled ‘first of many solar+storage projects’ at hospital in Puerto Rico, reports Electrek. Looks like now Tesla may test them in Armenia through the pilot project in the village of Ddmashen, the image of which you see in this story.

If you have heard of anything about this project, or know of other countries where Tesla is deploying Powerpack units, please share here in the comments section below. Also see this previous coverage from Torque News discussing what can make EV batteries more efficient and what can increase their energy density. If you liked this article and think it may help your friends, consider sharing or tweeting it to your followers.