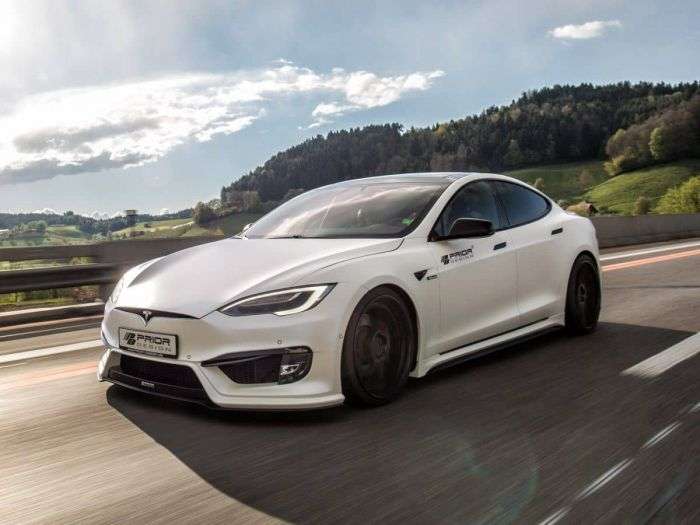 Electric car sales are growing in China, but the United States comes the second and in 2017 Tesla Model S topped the list of top selling EV sales per unit sold in the United States. It's followed by Chevy Bolt, Tesla Model X, Nissan Leaf and BMW i3. Here is one projection on how EV sales revenue will grow by 2019.
Advertisement

This graph from Statista shows the most sold all-EV vehicles in the United States in 2017. The results are based on unit sales.

According to Statista "The demand for electric vehicles is projected to rise over the next two decades with worldwide revenues estimated to grow from 84 billion U.S. dollars in 2012 to almost 272 billion U.S. dollars in 2019. Similarly, the number of environmentally-friendly cars in use, including both the hybrid and electric vehicles, reached around 1.3 million units in 2016. Infrastructure improvements, as well as the level of gasoline prices in many countriescontinues to influence demand for electric vehicles."

We at Torque News believe these numbers are very reasonable and achievable.

This year Statista projects 37,092 zero emission EV sales in the United States. In fact, it's flat from the last year in 2017. However, Torque News estimates and projects the number to be significantly higher because of the steadily-increasing gas prices. Statista projects that the Zero emission electric car sales in 2019 in the United States will be about 42,041 unites. However, we at Torque News believe that again, this will depend on gas prices, shifting social interests and Tesla Model 3's deliveries and cancellations. Apparently, large number of Model 3 owners cancel their reservations and demand refund because they are frustrated by delivery delays. Here are 7 important points that Tesla needs to address ASAP to stay on the top of the EV sales game.

Update: Inside EVs just updated the May 2018 EV sales numbers.

Pure Electric Car Market Share vs PHEV In May 2018