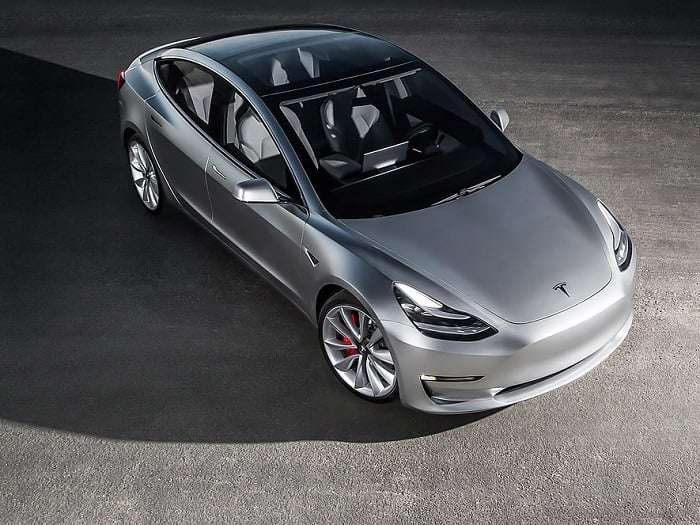 Tesla Model 3 bought for $100K to be dismembered by competitors

Tesla's competitors are willing to pay a heavy price for the privilege of being able to try and obtain all the secrets of Model 3. It's for Model 3's reverse engineering.
Advertisement

Now we know who are the people or companies paying 100,000 USD for used Tesla Model 3 vehicles.

The best way to know the product of a competitor is to buy it for use in everyday life, then skin it to see what it has in the stomach. In order to copy it, or to be inspired by it, and hopefully to do better.

This practice is common in the industry and automakers do buy cars from their competitors for reverse engineering, which allows the to better understand the the process of their competitors.

Tesla, already the object of all lusts, did not escape reverse engineering. According to our colleagues at SiliconBeat, the curiosity of Tesla's competitors is such that they would be ready to shell out large sums to buy the new Tesla Model 3 for disassembly and a thorough examination. In this case, they did it through an intermediary who took care of the "dirty work.

So, according to SiliconBeat "a Chicago-area engineering company has bought several Model 3s for about $100,000 each, from third parties. Caresoft Global is pulling the cars apart, doing high-tech imaging scans and “selling data and technical insights to Tesla competitors — for upward of $500,000,” the Wall Street Journal reported Jan. 30."

The shortage of Model 3s and production delays have created a frenzy among curious competitors, Tesla enthusiasts and auto reviewers who want to get their hands on the electric car.

According to Press-Citron Caresoft had even exhibited one of its Tesla Model 3 at the last CES, as well as at NAIAS in order to promote its services. Road tests have even been held in the icy streets of the city of Michigan for Caresoft customers and all apparently were fascinated by "the magic of Model 3".

If you are among the 450,000 people who ordered a Tesla Model 3, your patience may be rewarded at the end 2018 or early 2019 by the resale value of your car, which - we never know - could exceed that of the purchase price . But this is pure speculation, of course. Let us know, please, what you think about this in the comments section below.

Matt wrote on January 31, 2018 - 8:06pm Permalink
I’m not even mad at this. Can you imagine if Toyota/Lexus division decided to make a fully electric car? Better fit and finish, reliability, panels gaps that are actually consistent and thin Dealer network? I have no problem with reverse engineering.
Kevin wrote on February 1, 2018 - 12:20am Permalink
That is all this company does. Seeing as Tesla has a hard time making this car I can see why they would pay a hefty premium for it.
Jim wrote on February 1, 2018 - 1:03am Permalink
If all the EV manufacturers would share technology, we’d far ahead, but I understand that’s not how capitalism works. My Nissan Leaf could really use water-cooled batteries like my wife’s Volt, though.
Guillermo wrote on February 1, 2018 - 11:20am Permalink
This isn’t news. Has been happening since the first car was born. Competitors are buying each other's cars all the time. Not just cars either happens with all products. Especially the Chinese have become extremely proficient at it.
Morgan wrote on February 2, 2018 - 8:03am Permalink
The other companies still have to compete with Tesla and Elon's willingness to put profit aside for the big picture. if the big automakers continue to offer up some meager advancements it won't be good enough to keep pace with new gen's of model S, 3 and X.