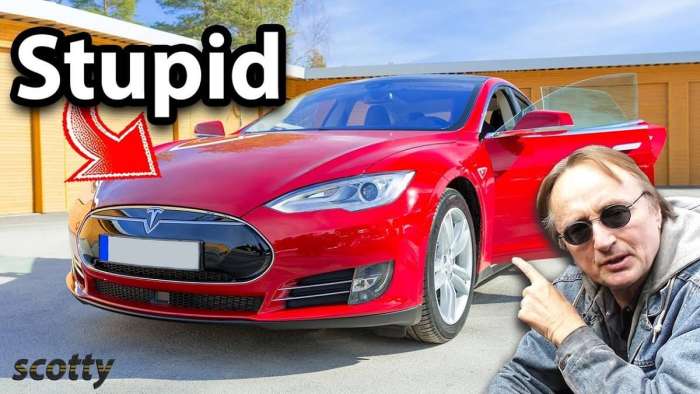 In one of his recent videos, popular YouTube car mechanic Scotty Kilmer rants about a woman who got her Tesla ID card implanted into her arm. Implanting chips into human body is not a good idea. It can bring catastrophic consequences for humanity. Also, how are these people thinking? You can't be one with your car, you still need a driver's license and you can't implant that. Here is what Killmer said.
Advertisement

Alright I have heard of being "one with your car," but this woman has gone a step too far (referring to a software engineer implanted Tesla Model 3 key chip in her arm). There is a woman who is a software developer who had the ID chip for starting a Tesla (it comes in a card) taken out of the card and implanted into her arm, so she could just get in her car and drive without having to do anything. Unfortunately the first effort failed so she had to get it done again and it worked.

Here's someone who is a software developer and she had a picture of her with green dyed hair, so it kind of explained what type of person she is, driving a Tesla. On top of it she really wanted to be ‘’one with her car’’ while having the inconvenience of having the little card within her arm. I mean doesn't she realize she still has to have a driver's license? Is she going to have that implanted on her body to?

While you can watch Scotty Kilmer's video, as a reference below, he has a good point. Forget about these mindless ideas. You can't be one with your car. What are you going to do about your driver's license? Also, a car is a piece of technology, while you are a human being, not a robot. Desiring to be a robot won't bring you happiness.

Implanting chips have serious security risks and health concerns for a human body. Besides someone may warm up to the idea and who know if one they government require mass implantation. If this becomes true, we will witness a human slavery not seen even in Roman times. 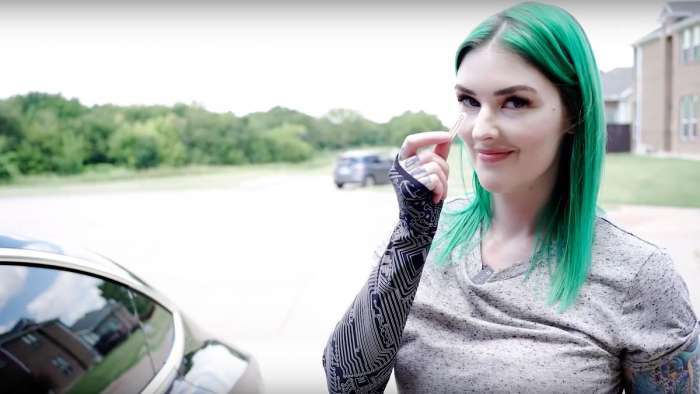 Speaking of security and health risks. We are not certain of the potential health risks of implanting a chip in that can happen over time. Also, the technology on them may also eventually become outdated. What if Tesla updates its technology next month?

Let us know if you don't like this idea too.

See you in our next story.

Robot Overlord wrote on August 20, 2019 - 1:32pm Permalink
I kept waiting for you to make a joke at the end, or give us some hint you're not taking yourself seriously... Loosen up buddy, it's just a biohacking stunt, not some harbinger of cyborg-doom.
David with No Chip wrote on September 2, 2019 - 11:25pm Permalink
I have to say that I find both the original Roadshow video, and this article, to be extremely amusing

Tesla-Funded Research Reveals One of The Biggest Mysteries of EV Battery
Tesla Tesla Buyer Nets a Whopping $12,000 Discount After Asking for Reduction
END_OF_DOCUMENT_TOKEN_TO_BE_REPLACED