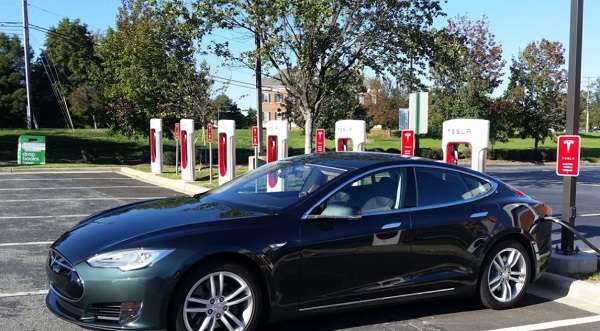 When something is free, it generates exaggerated demand. It should cost the same as at home, say some Tesla owners. If the cost of Supercharging your Tesla is free, people will tend to overuse them. Tesla owners will tend to charge their Model 3 and Model S cars even if they do not need, or drive to the supercharger to charge even if they can do it at home. "I see it with other Model S owners. They want something 'for free' without taking into account the real cost of that hour which they spend on it. Google 'zero price effect," writes Tesla owner Raymonds in a Tesla Group on Facebook.

Whether Superchargers are free or paid, Tesla owners still have to pay with their own "time" in return for $5 per hour worth of electricity.

Now the value of this time may be different for a Tesla Model S vs Model 3 owner. While your hour of free time is worth 60 dollars, for someone else it would be 10 dollars, which is lower than the price of electricity that he would gain. Thus, he would therefore be inclined to spend that hour to get "free" charging.

Some California Tesla Model S owners say that Supercharging squatting is a big problem in Southern California, where wait times can be huge. The most common are condo owners who don't want the bother of getting a charger approved by the condo board and hooked up, but it's also people who just want free power before getting home -- a ten minute top up for the next day.

Don't Miss: Every Tesla Model 3 Owner Will Still Have a Sci-Fi Tesla Car

"If people are willing to wait a long time, say half an hour, for a ten minute top-up, does this mean the current Model S owners value their own time at $1/hour? Well, in that case there are probably commercial Chademo chargers very close, with are - in practice - not much slower than the superchargers. You can top up quite a lot for $5 and continue your journey in the right direction. Personally, I've had to wait for a supercharger three times in my life, and never more than five minutes," writes one Tesla owner named Isak.

When super chargers first came out it was an option on the Model S that you had to pay for if you wanted access to the super charger network (or you could pay slightly more after delivery to enable it). The Supercharger network has never been free. Everyone has always paid the upgrade fee on their S or X ....or bought the more expensive model of the vehicle to get it included. Tesla is just sticking with the same business model, buy the upgraded 3 to get access or pay more later to use it.