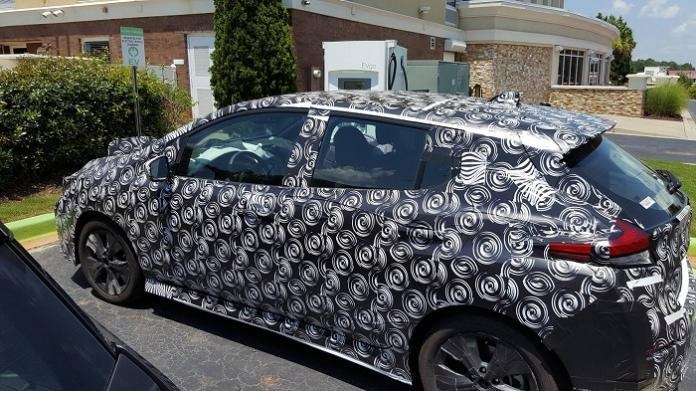 Nissan Will Confirm 2018 Leaf Range "In The Coming Weeks"

Many electric car enthusiasts are anxiously waiting for Nissan's word on the range of the 2018 Nissan Leaf, but no confirmation has come from Nissan. Firm confirmation will be available in the "coming weeks."
Advertisement

The word on the street is that the new 2018 Nissan Leaf may be $5,000 cheaper than Tesla Model 3 and will have somewhere between 150-165 miles or range per charge, showed the leaked specks. This had disappointed some Nissan Leaf enthusiasts, but also had excited some others who thought you get twice more range than what you have in the current Leaf basically for the same price. Especially that the price is 5,000 dollars cheaper than Tesla Model 3.

Apparently this is the leaked specs of the 2018 Nissan Leaf.

"The leaked specs show that the new Leaf will offer 147 hp and 236 lb-ft of torque, up from 107 hp and 187 lb-ft in the current model, with a previously-reported battery capacity of 40 kWh. If true, this will represent a solid improvement over the current model which has a 30 kWh battery, and also allows us to calculate an estimated range for the new car: Approximately 143 miles based on the 107-mile range of the current model with its 30 kWh battery, or as high as 165 miles based on an earlier leak of its instrument cluster," reported Autoweek.com.

The expected range from the 2018 Nissan Leaf was between 200-215 miles. And needless to say, the range of about 150 miles is not a dramatic jump from the current Leaf, especially when you compare it with Tesla Model 3 and Chevy Bolt.

There was neither confirmation nor denial from Nissan.

TorqueNews contacted Nissan asking if the 2018 Leaf will really have 150 miles per range per charge. The reply we received back from Nissan today is only one sentence.

"In the coming weeks ahead we will be making more announcements on the new LEAF and events forthcoming," wrote Josh Clifton, Senior Manager of Corporate Communications at Nissan North America, Inc.

By the way according to Autoblog, the new Nissan Leaf's design may be the basis for future Nissan electric cars, as Nissan has filed a patent application for the Terra name: the name given to a 2012 concept all-electric SUV.

Now we need to wait for few weeks as we waited for Tesla Model 3 until Nissan makes new announcements in the coming weeks.

Also see a rare glimpse of 2018 Nissan Leaf interior, side and trunk images.