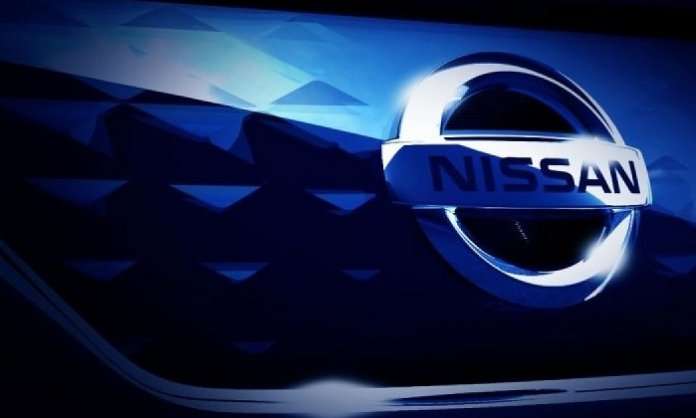 Some Nissan Leaf owners say they are somewhat disappointed learning the 2018 Nissan Leaf will have only 150 miles per charge, but others say you get the same Nissan Leaf with doubled range for the same price, and that's a big improvement considering the price.
Advertisement

Update: Nissan Will Confirm 2018 Leaf Range "In The Coming Weeks.

Today PluginCars reported that the 2018 Nissan LEAF will be faster, sleeker and will have the starting price of $30,000. But it also reported that "the new LEAF’s battery could be as big as 40 kilowatt-hours—putting its real-world range in the neighborhood of 130 to 150 miles." This is the part that somewhat disappointed some Leaf enthusiasts in Nissan Leaf Owners Group on Facebook, saying they are not excited about the 150 miles per charge range, expecting something around 200 miles or range per charge.

Official EPA range numbers are not yet available. But let's see what current Leaf owners and enthusiasts think about the 2018 Leaf if the range is really 150 miles per charge. Consider the fact that Tesla Model 3's range per charge is 215 miles and Chevy Bolt has 200+ miles of range per charge.

A group member, named David, writes that 2018 Nissan Leaf's 150 miles per charge should be plenty for most people. "The only reason you would need more is if you are traveling out of state. However, even 300 miles is really not good enough for that sort of travel with our current state of charging infrastructure. So either way it's a city car," he says.

I think it's still great, but depending on your driving habits it probably shouldn't be your sole car for your family. Some people think of Nissan Leaf as a regional car. "It'll get from LA to San Diego on a single charge and almost twice as far with a pit stop, especially if they offer 100kW+ DCFC. That's usable enough for most people," writes Nevram in the group.

On the other hand if you live in a place where there are lots of hills that will require more power usage. With some of the hills we have in North Carolina, I can't get from city to city. And I certainly can't commute in what would be a perfectly ordinary ICE commute without a charger at work or at some destinations, which just aren't available.

"Same price as the original and twice the range," writes a group member, named Michael. Many people, who bought the original Leaf, made a 75 mile battery work, and it’s $7500 cheaper than the Chevy Bolt. Most Americans don’t want to spend nearly $40,000 for the car, he says.

"For me, that still won't work. On a daily basis? Yes would work but I frequently do a round trip of just below 200miles through mountains to either take my grandma back home or go pick her up and bring her down. Also do 160mile day trips up into the mountains for a day trip. Would've definitely liked to see longer range since I'm liking the look of the new leaf from the spy shots," writes Charlie.

"150 miles is plenty of range for the majority of daily commuters. And a little extra acceleration and electric performance will make the drive that much better. That's smart business for Nissan, if you ask me. The price is much more accessible to the masses and as the $7,500 federal tax credit for Tesla, Chevy, and Nissan ends in 2018/2019, the retail price will be that much more important," writes Eric in the group.

What do you think? After Tesla Model 3 and Chevy Bolt both having more than 200 miles per charge will Nissan Leaf be able to compete well if the range per charge is really confirmed to be 150 miles?

Alen wrote on August 9, 2017 - 11:56pm Permalink
I was expecting more from the 2018 Nissan Leaf in terms of range per charge. Chevy Bolt and Tesla Model 3 going over 200 miles per charge I hope these numbers are not final.
Den wrote on August 9, 2017 - 11:57pm Permalink
On the other hand, if it has a price to match the low range it could work for many people. But again: like the iPhone - I'll pay more for more space and more range because it offers so much more value and convenience...
Nick wrote on August 10, 2017 - 12:31am Permalink
You're happy getting ripped off by Apple for convenience. If you expand your viewpoint (with both phones and cars), you'll find that you can get both convenience and a great price if you let go of brand loyalty.
Gary Greenwood wrote on August 10, 2017 - 6:19am Permalink
I think this is fine for most people, but I work out of town much more than average and was needing a car that does 200+ so there are LESS stops for charging. I'll still need to stop to charge but I will want the choice where to stop rather than the car dictating that choice because of range! Hopefully the new LEAF will give a choice of batteries, if not I'll simply look elsewhere!
Jeff P wrote on August 10, 2017 - 7:30am Permalink
I will stick with my Chevrolet Bolt EV. Even though the EPA states 238 miles per charge, I am getting over 320 miles per charge easily. This equates to over 5 miles per kWh. Also, my wife has a Chevrolet Volt which we use for cross country travel. Have fun! :D
Ivan wrote on August 10, 2017 - 7:45am Permalink
Well the '18 Leaf starts at just below $30k and tops out at $36k with ProPilot. The Bolt starts at $37k and tops out at $43k, but quite a few dealers are already discounting the Bolt $4500 below MSRP. If a prospect manages to get "Privacy Offer," that's another $3k off, for a total of $7500 off MSRP. Narrows the difference quite a bit, as I doubt Nissan would discount the new Leaf so quickly right out of the gate.
EDDIEC wrote on September 5, 2017 - 10:22pm Permalink
I AM PISSED, AND DISAPPOINTED I WORK FOR NISSAN AND I EXPECTED THEM TO KILL THE COMPETITORS AND AFTER HEARING 150 MILE RANGE IN THE USA, REALLY? THATS BULLSHIT, YES IM PISSED BECAUSE NISSAN WAS SUPPOSE TO BE THE LEADER IN EV'S, BUT THESE'S A** HOLES ARE STATING 150 MILES PER CHARGE, F*** THEM IM GOING TO BUY A TESLA EVEN IF ITS USED, BECAUSE THE BOLT IS AN UNGLY PIECE OF SH*T AND ITS TO SMALL AND FOR THE SAME PRICE I CAN BUY A USED TESLA WITH MORE RANGE. NISSAN SUCKS!!! AND F**K THEM, I CANT BELIVE THEY WILL LET TESLA WIN, WHAT A F**KEN STUPID COMPANY!!! EDDIE. C YES I'M A NISSAN EMPLOYEE!!!! IRONICALLY ENOUGH I OWN A LEAF!!!!!!!!!!!!!!!!!!! F*CKEN STUPID COMPANY. F**K THEM!!!!
Craig wrote on September 6, 2017 - 11:16am Permalink
I was very disappointed to hear that the 2018 Nissan Leaf only has at best a 150 mile range. I leased a 2013 Nissan Leaf with a EPA rated 75 mile range. On the freeways in So. Cal I was lucky to get 50 to 60 miles on a charge. It wasn't uncommon that I would need to drive 100 to 120 miles in a day and finding an available charging station was almost impossible. That Nissan Leaf quickly became a novelty rather than a car that I could use on a daily basis. I had really hoped that the 2018 Nissan Leaf would meet my needs. But unfortunately it feel short.