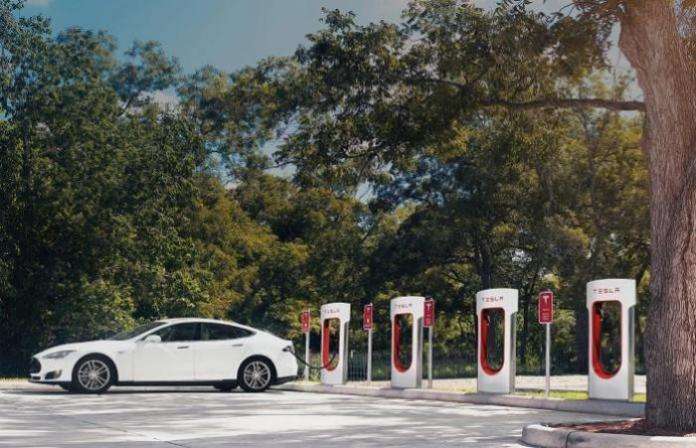 Today I read this puzzling report from a Tesla Model S owner who wrote that the Type 2 charging cable was stolen and asks how it can be possible.
Advertisement

RoBat84, a user on Reddit, posted his story that happened with his Tesla Model S, while charging in Manchester downtown in UK.

Last night I had my type 2 cable stolen from a public charge point in Manchester center (UK) I was also issued with a £70 fine for using a electric parking space without charging.

I was charging until 21:07.17 at which point I was notified my charging was interrupted. I have the charge logs from the supplier (ChargeYourCar) to authenticate this time.

The ticket for parking without charging was issued at 21:09. This means that the parking attendant wrote down my details (reg, model, color) within 100 seconds of my cable being stolen/charging stopping.

I’ve reported the theft to the police but they say they’re unable to do anything. I’m going to go down later and see if anywhere has captured those 100 seconds on CCTV.

How is this possible? I was a 20 minutes walk away from the car at the time of the theft. I thought that once a charge was started both ends of the cable were locked. The charge started at 17:41 and continued with no problems until the cable was stolen at 21:07.

Could someone use a clone of a supercharger button (I know they unlock / open charge ports on every Tesla) to unlock and steal the cable? The cable was about £250 I think.

The time between the cable theft and me receiving a ticket sees suspiciously short (100 seconds) could the parking attendant be responsible? Did they tip off a friend to come and steal it?

The police mentioned it had happened a few times recently. The firm issuing the ticket was Indigo Parking on behalf of Salford City Council.

Editor's note: Can someone possibly override the charger points by resetting them or tipping them out? Because once the charge point stops supplying the car with power, the car then releases the cable. Manchester Police told him that this was the 3rd theft in a week from the same street.

This looks very suspicious. I know it won't help now, but if someone has figured out to steal Type 2 charging cables, may be it's the right time to install 360 dash cams. But, I am wondering if the charging stations have them already. This dash cam from a Tesla Model S shows why everyone is getting one.

By the way, speaking of charging. This is one of the largest Supercharger on the East Coast Opening Soon.