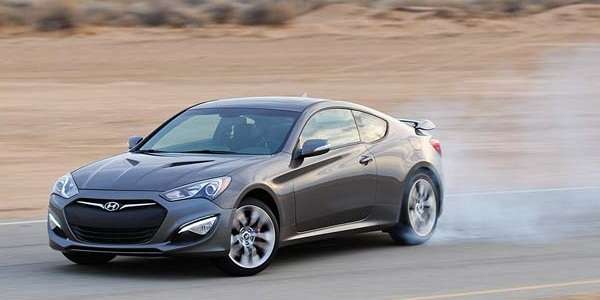 Recent news indicates that Hyundai will be dropping the 2,0 ltr engine in favor of a 3.8 lt unit in the Hyundai Genesis Coupe, effectively moving the car from an entry level to a more premium position in the market. There is a precedent to this.
Advertisement

In 2002 BMW introduced the Z4, initially with straight six cylinder engines 2,5 and 3,0 lt to replace the Z3 model, which remained available with a 4 cylinder engine until end of production.

When the Z3 was introduced in September 1995, it was the first vehicle built in the Spartanburg, SC plant. The BMW Z3 was fitted with a 4 Cylinder 1,8 lt engine. The vehicle's target market segment was Mazda Miata (MX5), introduced in 1989. The Miata, being a reload of the Lotus Elan, was based on a British heritage of small agile and fun to drive roadsters.

BMW Z3's Engine Upgrade
The production of BMW Z3 figures between 1995-1998 were at around 30 000 per year, enough to support the start-up and qualification of the new BMW plant in South Carolina. The Z3 was the brain child of then CEE Wolfgang Reiztle. The donor platform was the 3 series compact (E36/5). However, during the product evolution, project leader Burkhart Goeschel and his team had learned that the potential carry-over was not that high and in some cases constraining. These constraints became particularly apparent when upgrading the Z3 to higher powered 6 cylinder engines. These engines were introduced to make the Z3 more appealing to male customers. Yet, the 4 cylinder Z3 was soon after launch dubbed as a "chick’s car." The upgrade to six cylinder engines was certainly triggered by the successful 1996 launch of the Porsche Boxster 986 (see 2012 Boxster review) with a 2,7lt flat six cylinder unit.

Improvements in flexible production methods and more targeted delivery logistics by suppliers were certainly drivers in development of Z4 (E85). Also the start of production of X5 1995 in Spartanburg meant that Z3 (and later Z4) was no longer the only model in the plant; allowing the possibility of lower production figures with a higher retail price and profit margin.

Hyundai Moving To Capture Premium Market
Hyundai Motor Company is making an overall move to capture a larger share of the global premium vehicle market. It follows, that in order to create a more upmarket image the Genesis Coupe is offered as a six cylinder only. This again reflects back to BMW model strategy; Z3 Coupe (E36/7) and Z4 Coupe (E86) were also marketed with 3,0 lt engines or 3.8 lt engines in the BMW M version only.

Evan wrote on June 10, 2014 - 11:49am Permalink
Good article. Great comparison, even though the vehicles are different in terms of class. One being a roadster, the other a traditional coupe. Right now, it is just speculation on the engine size. Could be a 3.2 L, 3.3 L, or even a 5.0 L.
Armen Hareyan wrote on June 10, 2014 - 4:41pm Permalink
Hi Evan, Peter tried to post a reply, but for some reason it didn't go through and he sent me his reply to post here. Here is Peter in his own words. "Historically speaking most cabriolets have preceeded coupe versions. The Aisian OEMs do not generally offer cabriolets in their line up. In the current situation where OEMs offer increasing numbers of derivatives using a mainly common basket of parts and architecture both coupes and cabriolets serve as 'brand shapers intended to create an iconic glow which should radiate on other more mundane models in the line up." Regards Peter