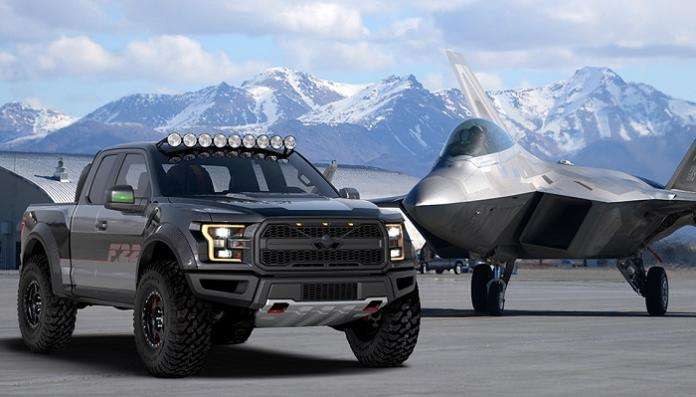 Ford Motor Company has created a special pickup truck Ford F-150 Raptor, the design of which is inspired by the legendary American fighter F-22, developed by Lockheed Martin. This one-of-a-kind pickup truck will be sold at a charity action and has the following modifications.
Advertisement

According to Experimental Aircraft Association (EAA) Ford is supporting its annual charitable auction by auctioning a one-of-a-kind F-150 Raptor, built with a new twist. This year, Ford has created a specially built "F-22 Raptor" F-150 Raptor For EAA's AirVenture Oshkosh 2017 event. The auction will be held in July 27 during the annual EAA Gathering of Eagles event.

"The unique F-22 version of the tremendously popular Ford F-150 Raptor truck will be an enormously popular highlight of the Gathering of Eagles auction, and we’re very grateful for Ford’s support for our initiatives," says Dave Chaimson, EAA’s vice president of marketing and business development. He also said that Ford's past support has helped thousands of young people to pursue aviation. 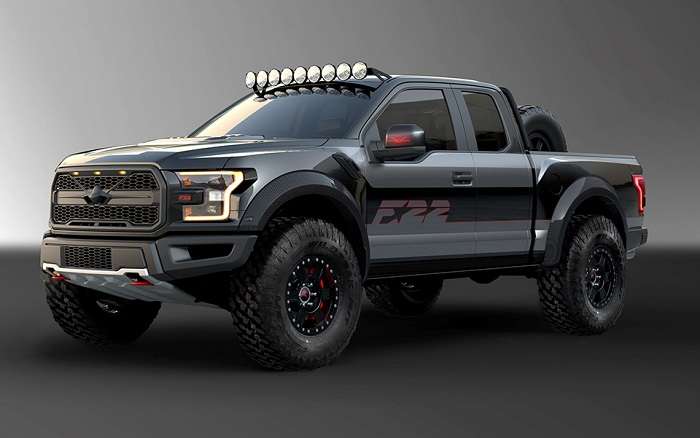 Ford Performance Team led the engineering of this special 2017 Ford F-150 Raptor and the company's designer Melvin Betancourt led the modifications. They had a goal, which was to try to make a creative connection to the Lockheed F-22 Raptor fighter. But they also had to stress the unique style, capabilities and design features of the 2017 Ford F-150 Raptor.

This truck's engine is twin-turbo, Whipple intercooled, high-output EcoBoost engine. The team has made enhancements to the suspension, brakes, lighting and wheels. This new Raptor also features a special "purpose-built" audio system and other interior modifications. Speaking of suspension. You may want to see this story discussing if suspension modes really improve the 2017 Gen 2 Ford F150 Raptor.

We don't have the interior images of the 2017 Ford F-150 Raptor F22, but here is a video from EAA featuring the pickup.

In order to bid for this F-150 Raptor you need to either attend the event of be prequalified in so you can bid by phone during the sale. Those who are interested can contact EAA's development office at at (800) 236-1025 or by using their contact information on the website.

This popular event draws more then 1,000 aviation enthusiasts each year at the Gathering of Eagles, held annually at the EAA Aviation Museum.