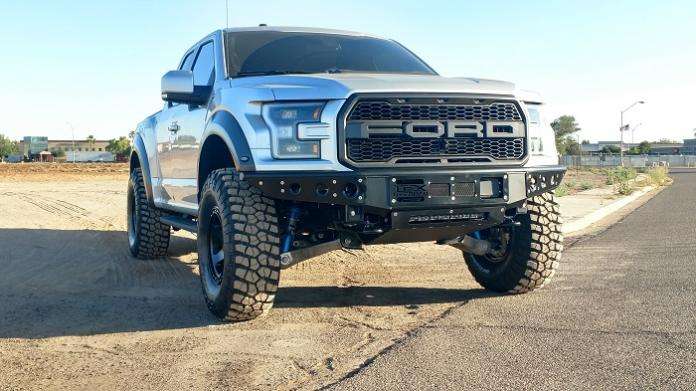 Is it really worth all the money to modify a brand new 70K+ Ford F150 Raptor truck to make it "drive better"?
Advertisement

That's a loaded question every time it gets asked, now let me ask you this, is the person your asking giving you a honest answer or giving you the "we make the most on this product line", so YES it will make it "drive better"

This is what I have learned since the 2017 Gen 2 Ford F150 Raptor has been out, it all depends on the driver, What do you as a driver expect from the truck after the modifications, why do you want to do them, did a friend just do the same thing or advise you to do the same thing? These days there are many outlets for information on what to do to your ride the hard part is sifting through the info. For example, Fordraptor2.com.

The 2017 Gen 2 Ford F150 Raptor is a perfect example of Ford's dedication to baja and the off-road market by producing a top of the line luxury truck that has actually had real world testing, Ford has made a major investment to make the truck ride like Lincoln on and off-road to appeal to the masses. Out of the box the Raptor is everything that most of the owners could have imagined, but for the rest let the modifications begin!

One of the 1st things to be addressed on the Raptor is the front end altitude/attitude, and there are a few options all leading away from Ford's R&D dollars. I will say IMO all look better and drive a little worse. [but if you have had modified vehicles then you already knew that] now just because I said drive a little worse doesn't mean it won't ride better when it gets in its natural environment of the dirt.

The most common and cost effective way to get the front end up is a spring spacer or coil adjuster from a few main players in the Raptor industry like RPG offroad, ICON vehicle dynamics and SVC offroad, all have very well made components and roughly require the same tools and skill set to install and will lift the front end from .05"-3".

Will the F150 Raptor ride the better the stock?

The answer to that question all comes down to your driving style to what you expect from your truck, if you want your 2017 Gen 2 Ford F150 Raptor to continue to ride nice and plush, ,maybe you should leave it alone. Now if your like me you like the front end of your truck a littler tighter then you need to add the spacer and in turn that will put some preload on the spring which will tighten it up, to give tighter feel in the steering as well as under braking, but know this with every bit of adjustment you are changing the on road demeanor of the truck.

Now if you really want to void some warranties then you may be thinking to yourself I need to get rid of everything Ford has done and have long travel installed on my Raptor...... This will change everything about the way the truck drives, handles, and gets attention. The long travel kits on the market these days are all designed in Solidworks [3D cad] by some of the best engineers in the industry, such as RPG offroad, Foutz motorsports and SDHQ offroad. in addition these companies are also using some of the best shocks in the world like, Fox, King and Icon to dampen the load that you will be able to throw at the truck to keep the ride nice and plush like the truck you bought. This addition to the already impressive platform will set you back $20k+ and will give you about 18" of usable wheel travel as well as piut you into a very small group of Ford Raptors built to that level.

F150 Suspension Changes Have Cause and Effect

Please understand that just about every change that is made to the suspension has some level of cause and effect. For what ever reason you decide you want to modify the suspension on your 2017 Gen 2 Ford F150 Raptor make sure you get all of the answers to the questions you have from whoever is selling the parts or doing the install so you are just as happy with the truck after as you are before.