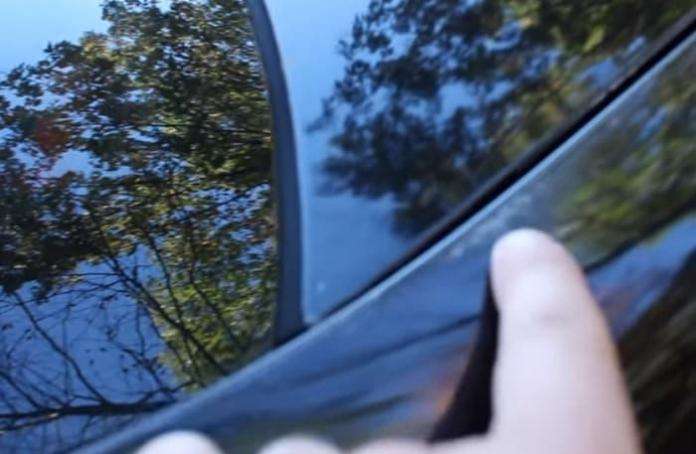 When you buy a used car you want to make your purchase with confidence. Stephen from Gerb Production shares this new video tutorial showing what to look for when getting ready to purchase a used Honda Civic. He shows what to look for on his Civic Si. Some of these points may be true for Civic Type R as well. Look at why you should avoid a used Civic for sale if it has modifications.
Advertisement

According to him, the first thing you want to look for when buying a used Honda Civic Si, is modifications.

Then he pops the hood and shows us what to look for under the hood of this Honda Civic Si as you can see in the video below. You can see that his car is a short Ram intake. Thus, so far there is a short ram and there is an exhaust on this car.

He then looks at the throttle body spacer as well as boomba motor mounts and suggests avoiding a Honda Civic Si that has modifications.

Avoid Civic Si That Has Modifications

The main reason Stephen suggests avoiding a Civic Si that has modifications is because very likely you are going to have a car that has been already probably beat on, which as you can see when you look under the hood in the video, he bought this Civic Si used and it was already kind of like leaking oil and in the long run it's going to lead to higher future repair cost.

The more you beat on the cars the more maintenance it's going to cost you.

Replacing the paint will be on you and it's costly. Steven also shows other areas, like the trunk where the paint is fading over the time and roofs peeling up top. Thus, keep the paint issues in mind, when considering a used Civic Si.

Recently growing number of Honda forums and auto news websites reported about Honda Civic's transmission issues. In fact, Jalopnik also reported on the topic and Honda claimed no specific problems in 2017 Civic Type R despite gear-grinding complaints. But, consider this before you report a transmission issue to Honda.

Stephen in this video demonstrates the transmission issue and says the most annoying problem with the Honda Civic Si's transmission is the notorious second and third gear notchines.

Before you buy a used Civic Si, go out and do a good test drive and really shift through the gears. Make sure there is no grinds or no any strange sound. The reason why he says take a good test drive before you purchase a used Civic Si is because the synchros in these cars are known to go out pretty easily and it's usually like second gear, and third gear the most. Also look for the lockout issues that have been reported by Honda Civic owners.

First look at the Civic Si's clutch master cylinder. "The CMC in the 8th Gen Si is notorious for failing," Stephen says in the video. That, in turn, will lead to other issues.

To check your clutch, press your clutch pedal and you can hear a clunk noise pretty much. Before he replaced his CMC to K-Tuned CMC his clutch would sometimes go out and that was the first thing to fail. When the CMC fails it locks you out of all your gears. After that you can't even shift the car.

Make sure the used Honda Civic Si you want to buy has a clean title: no rebuild, no salvage.

Stephen once ended up getting a salvaged title Si and he regretted it. He says that car was a mess. Fasteners were missing, the bumpers were kind of messed up, and the other issue was that this car was repainted. Thus, in the sunlight you could see the difference between the nighthawk black and just the other regular black paint that was used. So it's kind of like a mismatch.

We listed five areas you need to look for when buying a used Honda Civic Si. Those areas are the modifications, paint issues, transmission issues, clutch problems and the clean title if you want to buy with a confidence. Perhaps we missed more points too, but what was covered in this video presentation has the general important maintenance issues that one needs in order to buy a Civic Si or any Honda Civic model, like Civic Type R, with confidence.

He highly recommends Honda Civic Si to anyone who is interested in joining the tuner world, whereas looking for a great fun car either for daily or track driving. This is not surprising, as TorqueNews' Parks McCants calls the Civic Si the best performance value in the compact sports segment.

Also see: Man Shows How to Unwrap and Setup The Civic Type R After Waiting For It Seven Months.