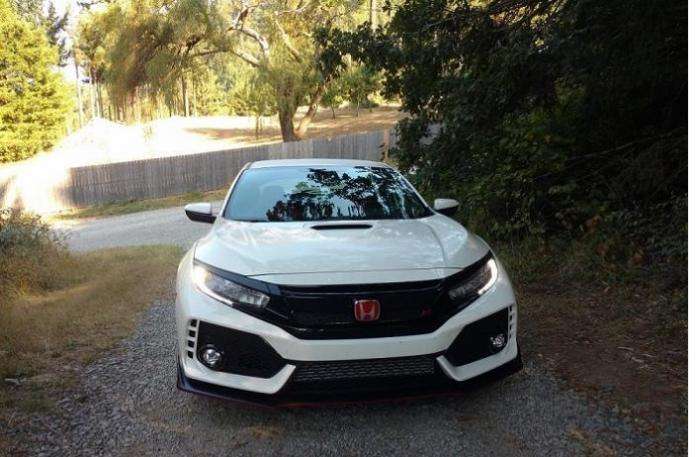 With all first year production runs comes a possible glitch or two, as the manufacturer and consumer settles into their new ride. Such is the case with the well received 2017 Civic Type-R. An almost perfect factory street racer, with a noted minor glitch or two.
Advertisement

It’s beginning to surface on the internet: Some new generation Civic Type-R owners are reporting an annoying, mostly intermittent gear grind when shifting into second and third gear. There are also reports of down shift lockout, in a handful of Civic Type-Rs when dropping back into 5th gear from 6th gear overdrive. The first time the aforementioned happened to me during this extended Civic Type-R road trip, I attributed the grind to a personal mis-shift; perhaps!

As shared with us by Youtube sensations savagageese, and 2017 Civic Type-R owner Flyingato, there’s a handful of steps, tests if you will, that you may wish to perform, and then carefully record, before dialing Honda’s hotline.

As with all manual transmissions, a tight shift, or intermittent “crunch,” is most likely to occur when the transmission is cold. As with all engine and transmission fluids, performance is optimal after the subject fluid heats up a bit. Savagegeese recommends 15 minutes or so. It’s also import to fully depress the clutch pedal before shifting gears, yeah, I know.

While full clutch depression may be a no-brainer for most, depending on shoe size, shift speed, intent, and positioning of secondary floor mats, full clutch depression is not always a given. Then there’s rev-match, that cool programming trick that prevents torque drop-off between gear shifts. This drive-by-wire throttle body mapping may or may not contribute to grinding and the rarely reported “gear lock out.” We experience Civic Type-R on a Pacific Northwest race course.

Your 2017 Honda Civic Type-R is as close to perfect as a mass produced factory street racer can be. As acknowledged by FlyinGato, a speaker rattle, or a mystery suspension clunk now and then is normal, and to be expected from a high performance, street and track ready factory pocket racer. However, if after carefully breaking in your 2017 Honda Civic Type-R, you encounter a factory component glitch, it is important that you document the problem, video record it if possible, drive down to your local Honda dealership service department, discuss the problem with a cooperative service writer, AND then, initiate a consumer complaint case with American Honda Motor Company. 1-800-999-1009.

Judy Dwarka wrote on October 19, 2017 - 11:21am Permalink
Oh wow could you please send me a brochure of the new Type R love white. After 5 years I had to return my civic sedan, before that I had civic DX. I really missed my cars. Looking forward to get one when I start working again. I lost my job so I had to return my car. Please send me the latest info. Thank you.
Scott Van Metre wrote on October 19, 2017 - 4:25pm Permalink
I purchased a 2007 Civic Si brand new and just sold it after driving it for 10 yrs. The 2nd to 3rd gear was a well documented problem on various forums. I noticed it as soon as I drove it off the lot. Honda never admitted there was a problem. The 3 dealers I took it to all suggested I didn't know how to drive the car. I don't know if the Type R has the same transmission. I ended up putting full synthetic oil in the transmission to help alleviate the problem. Good luck getting Honda to do anything about it.