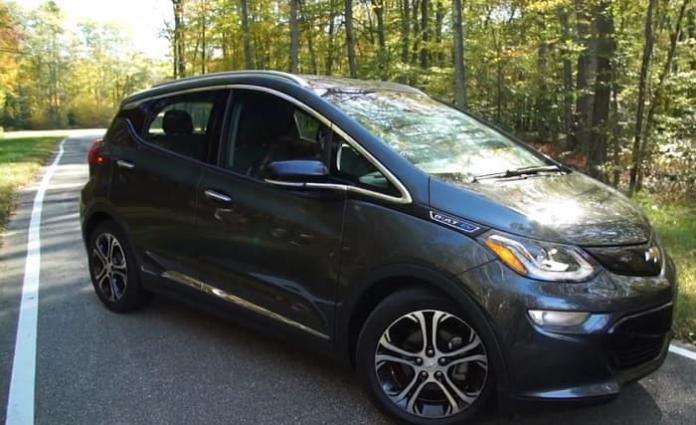 Consumer Reports just rated Chevy Bolt above average and Volt below average in reliability, but some Volt owners, including a friend of mine have always praised the reliability of their First Gen Volts.
Advertisement

"What's going on with Volt? My Gen 1 has been flawless," writes Markley Gordon in GM Electric Vehicle Owners group on Facebook early this morning. And indeed, number of people who own the first generation Chevy Volt have been very happy with them.

Yet, Consumer Reports gives Chevy Bolt a higher reliability score than Chevy Volt. You need a subscription to view their reports. However, Detroit Free Press published an article, in which it writes that "the new Chevrolet Bolt electric car was GM's most reliable model, scoring 'above average' in Consumer Reports magazine's influential reliability survey."

In fact, here are the 10 most reliable cars by Consumer Reports, published at TorqueNews.com this morning by Denis Flierl.

So let's see what the current GM EV owners think about Chevy Bolt vs Chevy Volt reliability. Here is another Volt vs Bolt comparison from a Volt owner's perspective, written by a known EV advocate Buzz Smith.

Some people say Chevy Bolt's reliability will be naturally better vs Chevy Volt's because of the lack of internal combustion engine. I don't know how strong this argument is. Are EV cars in general more reliable than ICE cars? I don't know and haven't seen any study on this comparison.

Other Volt and Bolt owners say that Consumer Reports' reviews are also based on its survey data. "Did you contribute? I do and I’ve had a few issues with mine," writes Brent Healy referring to his Chevy Volt.

"Do not pay attention to consumer reports reliability ratings, like ever! It's so skewed that any little minor thing drops the score," writes Gina Dount from the group and three other group members have liked her point. They say the sample sizes getting smaller and smaller.

"As more Volts are sold there will be more problems reported. Just look at some of the scary stories posted on FB. Also the GEN2 seem to have some new features with some gremlins. It’s normal for satisfaction ratings to drop as more are sold," writes David Vagner.

"Radio and center stack had my gen 1 in four times before the lease was up. Gen 2 has been in 4 times this year for radio problems. CR noted that GM and Ford were having radio and transmission issues," writes Michael Pierz in the group.

"The Chevy Volt had very few issues. If you're familiar with the names and posts in the group, you realize majority are same folks. Pay attention to the general consensus, as well as the 100K+ folks - still on original brakes, only a couple of oil changes, some original tires - and me getting 51MPG gas when and if I need it," writes Bill Baker. He also adds that her relative recently traded her Ford Flex with Chevy volts and is very happy with it.

If you are a Volt or Bolt owner, we would like to hear from you and would appreciate your comments about your experience and your car's reliability. Please also mention how many miles do you have on your vehicle.