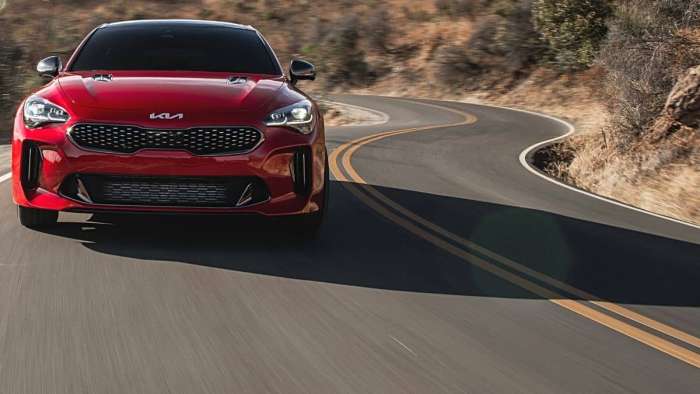 Kia is bringing a host of exciting new features to its Stinger for 2022 and adding a new trim, the GT-Line to the Stinger line. This week Torque News is reviewing the top trim of the 2022 Kia Stinger, the GT2 RWD V8.
Advertisement

These days SUVs are far too dominant than sedans. Nevertheless, Kia persists by updating the Singer for the 2022 model year.

That it does not carry a premium logo does not mean that the Stinger goes unnoticed. After its arrival on the market in 2017, this Korean grand tourer proved to be up to the task, perhaps without the refinement that comes with a premium logo, but with a performance that is difficult to find at that price.

Visually, you won't have too much trouble recognizing the 2022 Stinger, but some updates will be noticeable. On the hood, among other things, we find the brand's new logo. At the rear, the dual lights are linked by an LED light strip, which will give the vehicle a clear presence. Also, the four exhaust tips are growing in size. It is accompanied by a reworked sound that emanates a little more from the bowels of the engine.

New 19-inch alloy wheels complete the transformation. Seven colors are on the menu, including a new shade, Vert Ascot.

Performance of the 2022 Stinger

Under the hood, the 3.3-litre V6 turbo is still there with its 365 horsepower. The second-generation all-wheel drive sees its control logic being optimized: all for better responsiveness and boosted performance, promises Kia. A limited-slip differential is also offered as an option. Brembo brakes and electronically controlled suspension are still in the game.

Inside the 2022 Kia Stinger, there is a new case for the instrument block and the dials feature chrome edges. A new metallic logo is added to the base of the steering wheel and the central mirror loses its frame. The multimedia system is updated, but still on a 10.25-inch screen. Ambient lighting is added on the passenger side.

An interior highlight is the use of Harman Kardon 's signature 15-speaker sound system . Your music will always be reproduced with spectacular quality, correctly modulating the bass and mids of the track.

On the new GT-Elite version, the accent can be placed on the red inside, in particular with Nappa leather. A suede package can also be selected, the latter adding accents to the seats, as well as stitching and red seat belts. 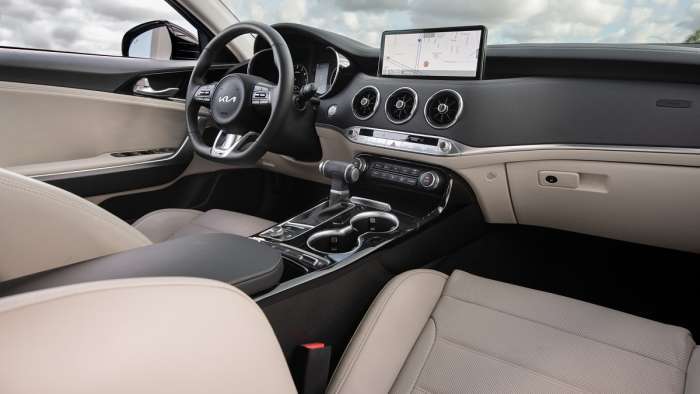 In terms of safety, note the addition of a collision alert at intersections, a nice feature that makes itself known here and there. Kia, like Hyundai, always has a whole lot in terms of connectivity and multimedia technologies.

Trims and Prices of The 2022 Kia Stinger

Although the GT-Line trim looks like the V6-engined GT1 and GT2, it actually comes with a Turbocharged 2.5 litter 4-cylinder engine. The GT1 and GT2 come in Twin Turbocharged 3.3 liter V6 engine. I would say if you want to purchase the 2022 Kia Stinger, test-drive the GT-Line and one of the higher V6 GT options and see, which of these trims meets your needs.

The fuel economy for the GT2 trim is 20 miles combined and 18/25 city highway respectively.

The General Design of the 2022 Stinger

It is not a secret that each country has its own “design styles”. The Germans tend to be very sober, the Americans voluminous and the Japanese elaborate in many ways. However, the Korean design line is relatively new in our market.

For them, the strokes are usually sharp, contained and with many geometric figures. However, the KIA Stinger breaks with the canons of Korean design, and there is a very good reason behind it.

When the model was presented, the general director of design was none other than Peter Schreyer, the same creator of models such as the Golf or the Audi TT. With so much history, Schreyer managed to combine Korean lines with German proportions to present to the world one of the most attractive sedans on the market today, in a personal capacity.

The Stinger isn't a low-key car, but it's not that flashy, either. Up front is the slightly larger tiger-nose grille for this installment, as well as a subtly retouched lighting body. The hood sports a couple of faux "air intakes" that add attitude but lack functionality.

The biggest change for the new Stinger is at the rear. The dramatic drop of the C-pillar (which complicates the view while driving) is retained, and a one-piece light body that connects end-to-end is adopted. From behind it looks intimidating and un-Korean, giving it a more European feel.

The four exhaust outlets reveal that it is a car with power. This is complemented by the gloss black finished rear diffuser and, as expected, the “GT” legend on the decklid. 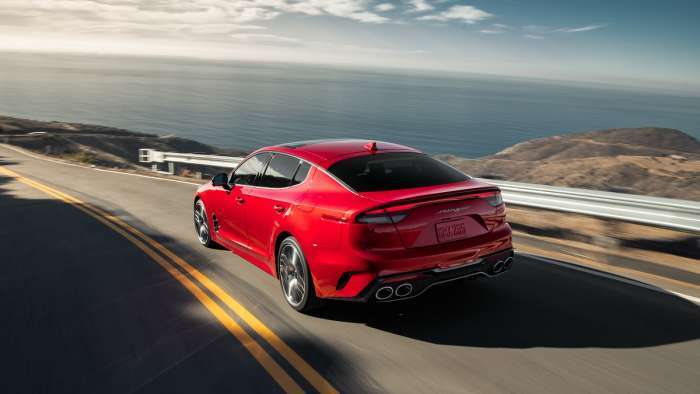 The 2022 Kia Stinger is a comfortable, somewhat challenging, spacious and powerful car.

Beyond the brand emblem, the KIA Stinger does not share anything with other models in the family and, curiously, this may be the nail in its coffin.

Some rumors suggest that the Stinger will come to an end by 2023, giving way to new electric models from the Hyundai-KIA group. Perhaps the only way to keep it alive will be to find a way to move it to sustainable mobility. I would personally welcome an electric Stinger or at least a hybrid version of it.

To be very frank, the 2022 Stinger is not exactly cheap, but in perspective there is no other sedan or fastback that offers as much in these areas as the Stinger GT-Line does.