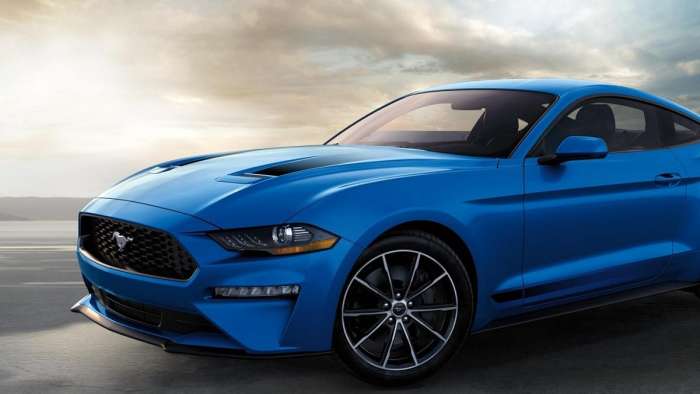 Ford has a new performance Mustang in the stable, but it's probably not exactly what you would expect. V8 engine? Nothing! The 2020 Ford Mustang EcoBoost Premium Coupe, which Torque News has been testing this week has a 2.3L high performance EcoBoost engine, which is closely related to the one in the Focus RS.
Advertisement

First of all, let me explains what Ford Mustang EcoBoost Premium Coupe is. The EcoBoost Premium is one of the Ford Mustang's trims offered on the 2015-2020 models, featuring a turbocharged 2.3L four-cylinder engine at 310 hp and a 6-speed manual transmission. This Performance Package is also offered in the 2018 EcoBoost Premium, which includes features such as larger 19-inch wheels with summer performance tires and upgraded brakes. 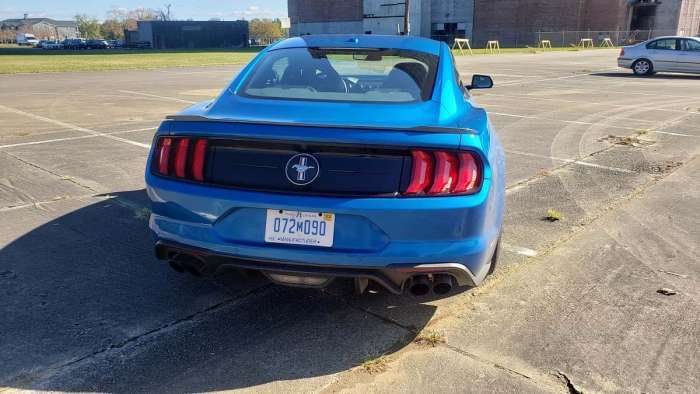 This trim is available in 10 exterior colors and the vehicle we test-droe had the Velocity Blue with a nice interior of Midnight Blue Recaro Leather.

The changes in the 2020 Mustang EcoBoost include a new performance cylinder head, a larger twin-scroll turbocharger, an adapted cooler and a coordinated engine management system. In addition, there is now an active exhaust system with four tailpipes and a (hopefully) improved sound. The performance is not quite on the level of the Focus RS (350 hp), but the torque is a few Nm higher with 475 Nm. In addition, 90 percent of the torque should now be between 2,500 and 5,300 rpm. 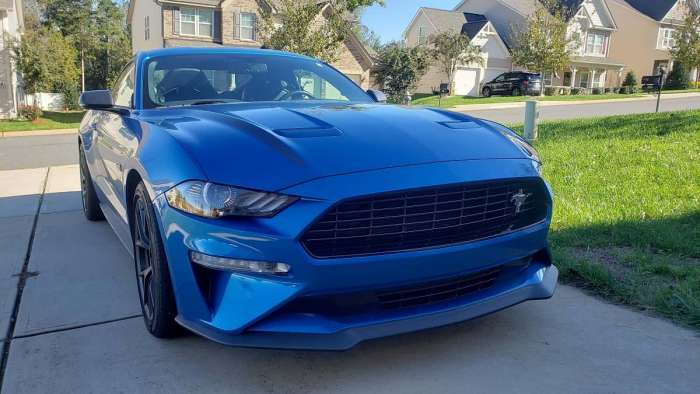 There are also some great improvements to the 2020 Mustang and they don't stop with the Powerplus. Proponents of the Mustang four-cylinder again and again emphasize its advantages in terms of weight distribution and handling. A point where Ford is dragging even further. Chassis upgrades and the larger brakes come from the eight-cylinder Mustang GT. This also includes a rear axle lock. Thanks to a stiffening strut bar at the front, the blue oval promises more steering precision.

The 2020 probably has Mustang's best interior. The design is evolutionary, but it reminds Mustang's old traditions and manages to be fully functional and pleasant. Heated and cooled front seats add to its premium features, but the back seats could be more comfortable. The cargo space is impressive. I did a grocery shopping for a 5-member family and they all fit in the spacious trunk. Some reviewers say the Ford wins with the biggest center-console bin among competitors in their tests. 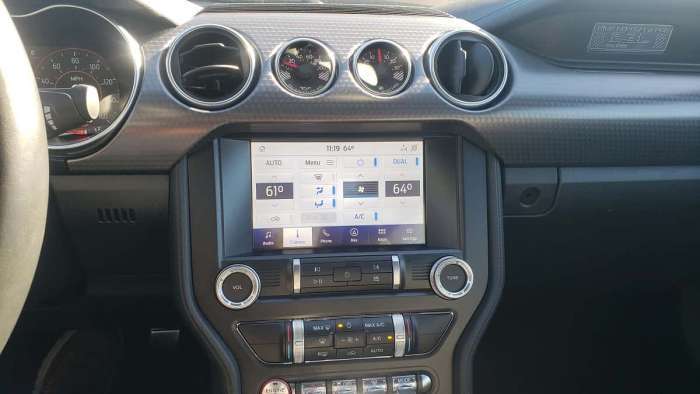 In preparing this review, I asked some EcoBoost Mustang owners if there are things they have noticed or the new owners must be wary of. "Not much to be wary of. The EcoBoost Mustangs are well equipped, well built cars. Just don't expect to hear it up at the strip without spending some dollars, but if cruising is your thing you'll be very pleased! I'd recommend the active exhaust and higher gear ratio with the 6spd," wrote Timothy Balch in Ford Mustang EcoBoost Owners Group on Facebook. He also added, "Depending on where you live, you'll need some tires for cold weather but otherwise they are great cars, styling and interior appointments. Premium has upgraded audio, leather, etc. so you'll be comfortable!"

Someone suggested getting the Digital Dash and MagneRide, saying, the are worth the upgrade.

Dusting Tingler, who is a 2017 and 2020 EcoBoost Mustang owner, write me saying, "The base radio is very tiny, but I have the touch screen in mine. Haven't had any issues with it. I know people were having issues with the front bumper clips breaking, but so far I have been good with my 2017 and 2020. The 6 speed can be a little notice in first and second. But other then that I like the black out package that gives you black wheels black painted roof and spoiler and the black has blue flak in it. The seats are not bad. They are better the the Camaro SS seats. I went with the cloth seats. I have owned 13 Mustangs and the leather on the older ones always cracked, so I didn't go with them in the new cars. But if you don't go premium on the EcoBoost the 101a package gets you the nicer interior and its 301a on the GT cars. I get about the same gas mileage in the EcoBoost as the GT 27 interstate and 19 city. The 101a and 301a also get you the letter on the doors inside over the plastic on the base."

If you are an owner of the 2020 Mustang EcoBoost, please share with us in the comments your thoughts and your experience to further enrich this review.

jdikiirf wrote on November 3, 2020 - 10:08pm Permalink
Заказать seo поисковую оптимизацию сайта, Заказать услуги по продвижению сайта По всем возникшим вопросам Вы можете обратиться в скайп логин <b>pokras7777</b>Раскрутка сайта под ключ .Так же собираем базы Обратесь всегда будем рабы вам помочь
DeanMcManis wrote on November 4, 2020 - 12:34am Permalink
The EcoBoost 4 cylinder Mustang has evolved over the years, and it really makes for a nice balance between performance and economy. Plus I like that blue color. But I think that if I were going to buy one I would opt for the base Mustang GT V8, as opposed to a loaded Ecoboost Mustang. I have been waiting for Ford to build a plug-in hybrid version of the Ecoboost Mustang for many years now. They have long had the technology to pull it off, but they never built one yet. Potentially, it could be AWD, run electrically when it was being economical, and combine EV power with the Ecoboost engine to make it quicker when desired.
Muchael wrote on February 15, 2021 - 2:39am Permalink
I love my 2020 Ford Mustang Ecoboost Premium. I love the speed, especially in Track Mode. My only issue is that i can’t find documentation or instructions on the different toggle switches and their specifications. Ford Corporate has none, and the included instruction manual is the weakest part of the entire car.