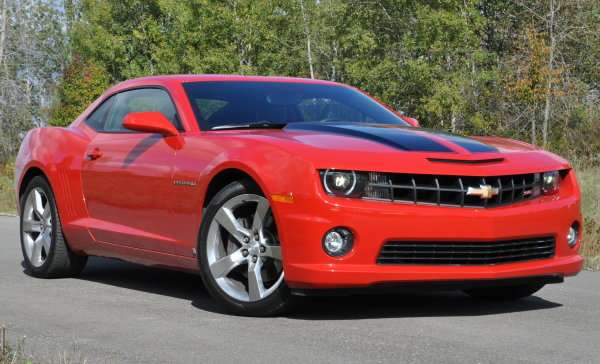 General Motors could be facing more problems as it has been revealed that the company knew about the Chevrolet Camaro adjustable seat problem in 2013, but they opted not to address the problem – even after a GM test engineer experienced the problem firsthand in a Buick Regal.
Advertisement

General Motors recently recalled over 400,000 vehicles over a concern that the driver’s side power adjustable seat mechanism could fail and one of the vehicles included in that newest massive recall was a collection of Chevrolet Camaro coupes and convertibles from the 2011 and 2012 model year. It turns out that that while General Motors issued that power adjustable seat recall last week, the company knew about the problem more than a year ago and they didn’t take further action because they didn’t see a real impact on passenger safety.

Well, once GM’s new safety program with auditors examining past safety issues found this issue, the decision was made to get these vehicles back to make sure that the seat adjusting bolt in the Camaro driver’s seat stays nice and tight. It is great for Camaro owners that the company is finally making the move to fix the problem, but it is not great for GM that their previous safety recall decisions let so many things fall through the cracks.

A GM Engineer Experienced the Seat Failure in 2013
In April 2013, a Buick Regal preproduction model being tested at the GM Proving Grounds in Milford had a situation where the power adjustable driver’s seat design height adjusting assembly – one similar to what is used in the 2011 and 2012 Camaro - had worked itself loose. The bolt that controls the seat height had come loose and it was making a rattling noise during durability testing. The engineering team looked into this problem and found that there had actually been 27 warranty claims pertaining to that very problem in owners’ vehicles. After a brief internal investigation, GM called this problem a “customer annoyance” and not an actual safety issue, so no recall was needed.

The Problem Explained
The component at the root of this whole problem is the driver’s seat height adjusting bolt, which allows the system to regulate how high or low the seat of your Chevrolet Camaro sits. It seems that this bolt can work loose with regular use and when it works a little loose, there will be some noise and some looseness to the height adjustment. If left unaddressed, the bolt can fall off altogether and when that happens, the seat will drop to its lowest position.

Based on that, it seems to me that Camaro owners who are very tall and who have their driver’s seat set as low as possible to begin with don’t have a whole lot to worry about (shy of the seat suddenly working itself loose and potentially bouncing around), but shorter drivers who need the seat to be very high could be at risk. In fact, one of the 27 complaints about driver seat failures in the Camaro included a female driver who had the seat fall all of the way down and the ensuing confusion caused a rear end collision.

For the owners of these affected cars, the recall is a good thing regardless of the timing. However, this comes as another bruise on GM’s record as their choices to pass over possible recalls of problematic components continues to hurt the company’s reputation. At the same time, there is something positive to be said about the fact that GM is recalling so many vehicles, working to right the wrongs of their past.