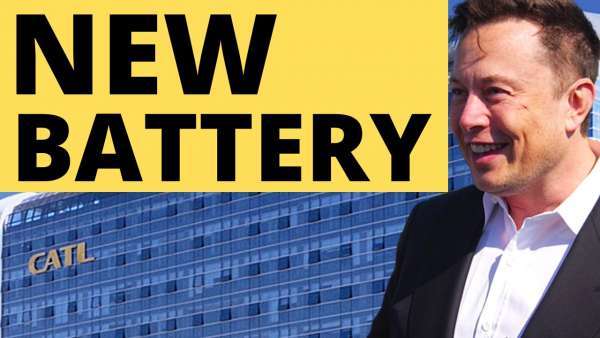 CATL announces new batteries with 430 miles of range. CATL is a major Tesla battery supplier. Let's look at some of the known specs of CATL's new M3P battery.

Tesla Model Y and Model 3 vehicles may very soon run on new batteries with a longer range because Tesla supplier CATL announces new battery with 430 miles of range. CATL announce this new battery at a prestigious congress in Beijing, saying that it expects the new battery to have increased energy density by 10 to 20%. Now, let me tell you about the details.

Maria Merano from Teslarati, writes that "With the M3P battery, CATL cells could increase an electric vehicle’s range to 700 km or 430 miles. M3P batteries will be made from new materials that CATL states will lower the costs of the cells compared to nickel and cobalt-based batteries."

Before I go any further, for a moment I want to tell you something very important when you hear reports about new electric vehicle batteries and their increased range. I am telling this to you so you know what information to look for and go beyond the announcement.

To increase an electric vehicle’s battery range, you need to simply increase the size of the battery so range means nothing here. What we need to know instead, is something else. We need to know some other numbers to find out how good this new battery is like the kWh per kg, battery’s charging time and the US pricing per kWh. These are very important specs to know in order to understand how good this battery is. They write: "CATL expects M3P batteries to have increased energy density by 10% to 20%." So that must be 10-20% increase in kWh/kg.

Scale of a battery production is also an important metric as well. Such batteries need to be produced at huge scale to have any relevance to the market. Although, knowing CATL’s capacity, resources and experience, I would think this Tesla battery supplier will not have problems scaling the production of these new M3P batteries.

In any case, l hope to see more information about these new batteries. l hope this is a good step forward, resulting in electric vehicles or new Tesla models with longer range and faster charging time. I also take it, this is for LFP type battery, no? Anyone knows? If yes, please, let me know your opinions in general about these new CATL batteries with longer range, and if they are for the LFP type.

According to Wikipedia, CATL's LFP batteries are currently at 125 watt hours (Wh) per kg, up to possibly 160 Wh/kg with improved packing technology, while BYD's LFP batteries are at 150 Wh/kg, compared to over 300 Wh/kg for the highest NMC batteries. Notably, the energy density of Panasonic’s “2170” NCA batteries used in 2020 in Tesla’s Model 3 is around 260 Wh/kg, which is 70% of its "pure chemicals" value.