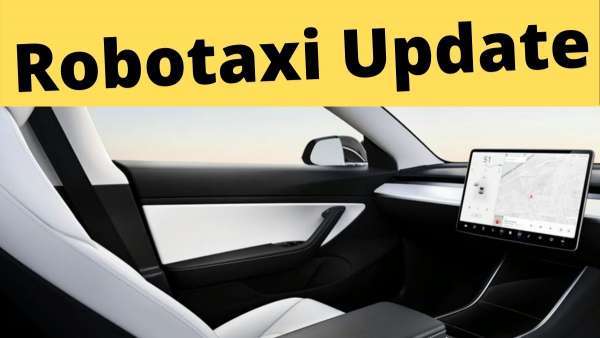 There is an indication that Robotaxis are coming and Tesla is preparing a big move for that.

Tesla is getting ready to make the next step toward bringing Robotaxis by apparently moving your profile to the cloud so you can use it in any Tesla vehicle.

A Twitter user Green, who has been a reliable source for Tesla insider news, today tweeted saying, "Tesla is preparing to move profile items to the cloud so when you get into any Tesla car your profile migrates with you (based on your phone app I imagine) - this includes games and other app settings and such in particular."

Currently inactive, but something to look forward to in the future I guess. pic.twitter.com/QPiwT5bc2O

This means, if you hire a Tesla Robotaxi, it will set your seat, mirrors, temp settings and games to the "Robotaxi" so you can just hop in and go. But imagine if the internet goes down.

I just got several comments from our Youtube Channel (please subscribe for daily EV news), in which I see people seem to trust the society and say they like this.

A user, named Thomas Kelly, commented, writing "I would be nice if the profile can be loaded on to a flash drive. But if it’s in the cloud, that feature seems unlikely for the rare event the cloud goes down."

What about you? What are your thoughts on Tesla moving profiles to cloud to prepare bringing Robotaxis?