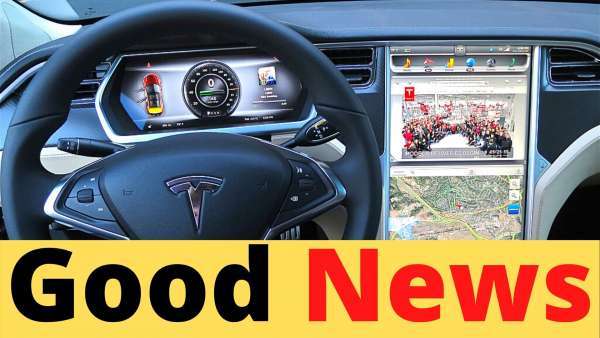 Taiwan's leading display maker, that builds car displays for Tesla, will "definitely" build or help build a plant in North America as automotive clients press for more localized production to bring down shipping and logistics costs. This is very good news for Tesla as the electric carmaker has been pushing to localize its supply to lower the cost and protect the supply against unforeseen circumstances.

Localizing supply is good news not only for Tesla, but also for Tesla electric vehicle buyers as well as the automotive industry in general. First, it protects the carmakers from supply disruptions. Second, it lowers the cost of car production and therefore, lowers the price of vehicles for car buyers.

AU Optronics on Tuesday said it is in talks with multiple customers to evaluate new facilities for assembling car displays outside China and Taiwan, including possibly in Southeast Asia.

According to Nikkei Asia, the plan to expand output to other locations will mark a watershed moment for a panel industry that has long been rooted in Asia. "The lion's share of panel production is for TV, smartphone, notebook and tablet manufacturing," says the report.

"There will definitely be [production capacity] in North America, and it's likely to be built in the U.S. or in Mexico. We are in discussion about the location," Paul Peng, chairman of AUO, told reporters on the sidelines of the opening of the Smart City and IoT Expo in Taipei.

"Supplying the automotive market is highly customized. Display makers generally need to do more assembly work to link displays with other systems and then ship them to customers, so we need to be close to customers and the market, instead of only supplying screens."