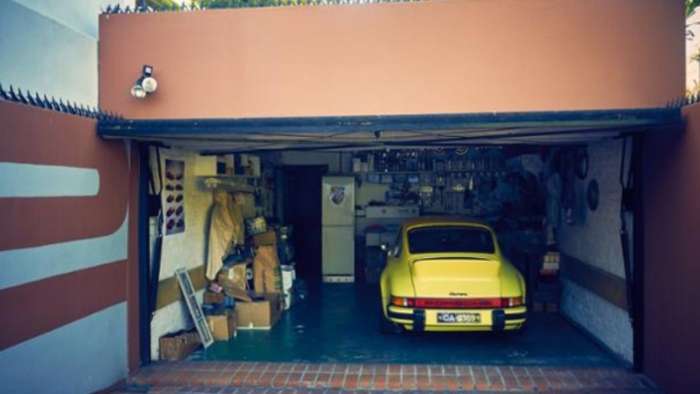 If you decide to go the route of powering your Porsche 911 with a Subaru engine or know someone who wants to, they should probably know some extra details about this swap, especially about the transmission.
Advertisement

Previously, we have discussed a concept that has been brought to life very few times in the past. The 911 and Subaru WRX swap. We discussed the advantages of such a build through a list format, giving an idea of why it has been done or should be done. Today we must address the finer details, the cons that may arise from the pros of this swap and the things that would really matter if you were doing it yourself.

“Discovering the forbidden engine swap” was not about why you should do this to your car, it was about why you could do it to your car. And instead of looking at why it is possible or why someone could do it, we now look to how it physically might be done. The transmission details are foremost today.

Should You Use The Porsche or Subaru Transmission?

This is really a subjective matter, but there are advantages to each transmission. Considering that this type of engine swap is far from normalized (as are most 911 swaps) the options for finding an easy coupling kit for the "Subie" motor and 911 transmission are slim. Obviously the old 911 gearbox is not going to bolt up to the WRX engine, the two companies have never and will never share any platform or blueprints. But there are reasons to keep the 911 transmission.

Porsche has had some of the sweetest transmissions since they started developing the 911 heavily in the 1970s. The calibration between the clutch, gas, and shifter has always been one of Porsche’s strong suits. By keeping a 911 transmission in the car, the shifting will feel right, and the gearing should be nearly perfect for a low 300 hp Subaru motor.

Watch how to own a Porsche 911 for the price of Subaru WRX and click to subscribe to Torque News Youtube channel for daily automotive news reports.

The most well-known Subaru/Porsche swap is a Porsche 912 owned by a man named Mike in the Huntington Beach area of California. His car actually uses a later model 911 transmission from a 1983 car instead of his original mid 70s transmission. However, the build involved a lot of machining, custom work, and time (2 years) to make everything fit correctly which is why most people would revert back to a WRX trans.

Putting the originally front mounted Subaru WRX engine in the back of a Porsche 911 is already hard, so keeping the Subaru transmission could be your best bet for drivability.

Considering the engine would now be facing the opposite direction and the trans would be pointing further inwards due to size, new transmission mounts and fabrication work would be in order. The WRX uses a singular unit that doubles as a transmission and front differential. On the 911, instead of this unit powering the front wheels, it would power the rear wheels and the shifting linkages would need to be stretched to reach up into the cabin.

If you wanted to avoid cutting up the underside of your 911 shell, you would need to make a custom transmission bell housing and spindle connector to mate the Porsche gearbox with the Subaru WRX motor, all while making it line up with the rear wheels. Calling it a tall order is the understatement of the year, but in my opinion it is worth keeping the glorious 911 gearbox and putting in the time to make the engine want to be friends with it.

See you in my next story where I am discussing Porsche's EV program and Porsche unveiling the most powerful charging park in Europe.

DeanMcManis wrote on February 24, 2020 - 10:43am Permalink
I have a 1959 Karmann Ghia convertible, and even though many classic VW fans would cringe at the idea of an engine swap, but I have already updated the stock 1300cc, 36hp stock engine with an 1835cc one with many times the power. But my other cars have me longing for smooth reliable power that a modern engine brings, and I have also looked at swapping in a Subie engine. Of course in the tiny Ghia even dropping in a N/A 225HP subie mill would provide a huge boost over the 40HP 1600cc engines, and I think that the stock transaxle can handle that level of power as long as you aren’t drag racing. But once you bump up to the turbo Subie engine (or do an LSX V8 swap) then you definitely need a beefier 911 transmission. For all of the effort and cost of modifications for plumbing, cooling, and customizing, I am leaning towards updating my car to be an electric vehicle. The batteries add more weight, but the smooth operation, huge torque, and minimal maintenance add up in it’s favor as a major drive train modification.