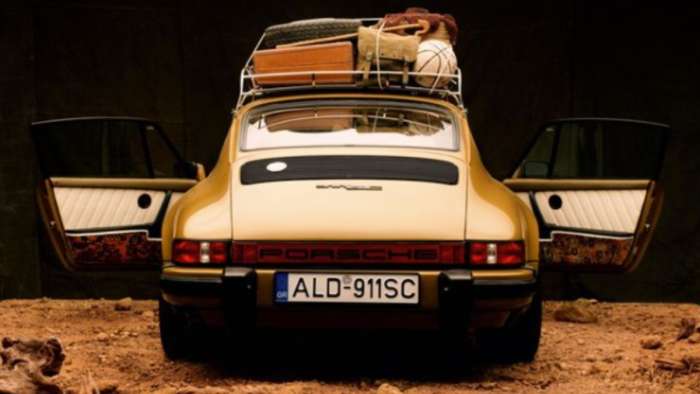 The New York-based fashion company has helped design yet another gorgeous classic Porsche with the help of the German automaker.
Advertisement

A week ago, Porsche posted a photo to its official Instagram account boasting its newest collaboration with the ever-popular and visionary fashion brand, Aimé Leon Dore. The post included the rear end of a golden brown Porsche 911 SC with some rustic luggage strapped to a ‘70s style roof rack.

The two companies, though much different in size, share a common desire - style and class. And luckily for us, Aimé Leon Dore’s Instagram account posted a video just a day ago featuring the rugged aesthetic of the new collaboration piece. 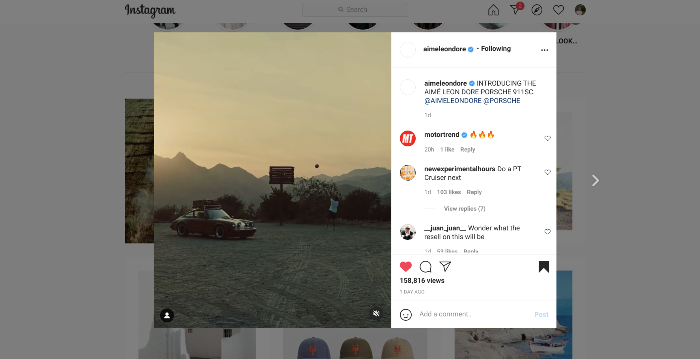 The video features what looks like a southern setting. Rolling hills with farms on either side of a skinny, dusty road set the mood for the 911 SC to rumble into frame and take on the road less traveled. A man and a woman share a peaceful arrangement of places amongst the man’s various backroad drives, sitting in nut-brown beaded seat cover that lay atop the set of white Recaros.

From what we can see in the video, the car appears to be a mid to late-70’s Porsche 911 SC hardtop. It has a cream and caramel two-toned interior with additional colorful art prints on the door cards. Period-correct black Fuchs style Porsche wheels sit under a body painted in what looks like Porsche’s Gold Metallic color from the 1970s. 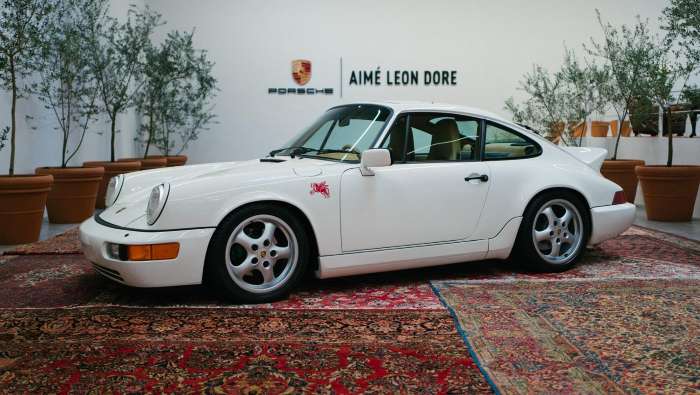 Judging from this video release, this 911 can go anywhere it pleases. The previous collaboration between Aimé Leon Dore and Porsche featured a 964 Carrera 4 in frosty white paint and its video showed the car drifting through a snow-covered road. The new look of this 911 SC says “summer” while the 964 said “winter”.

Other than Porsche’s Instagram post, nothing has come up yet on the company’s media website, but according to Highsnobiety, Aimé Leon Dore may release more details “soon.”