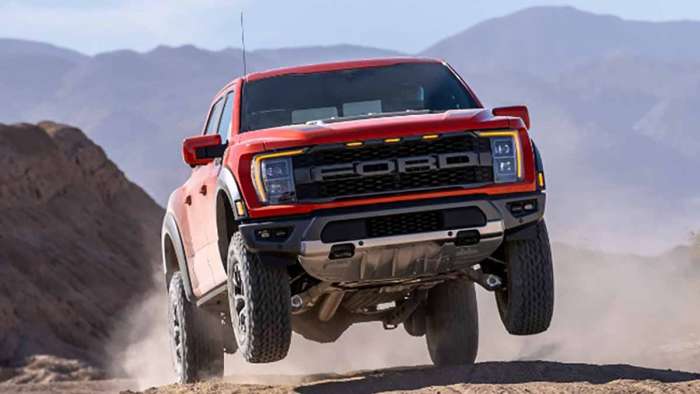 The build and price website for the 2021 Ford F-150 Raptor is now live and this means customers will be able to place orders with their dealers. The 2021 Raptor is redesigned with a new engine, new suspension and new shocks.

Ford has also confirmed the High-Output 3.5-liter EcoBoost engine’s horsepower and torque numbers have been certified.

By mentioning Raptor R, she is alluding to the coming addition of a V8 engine that’s expected for the Raptor R version. Many Raptor enthusiasts expressed interest in the V8 engine over the High-Output EcoBoost, even though the previous generation Raptor had a V6 engine. 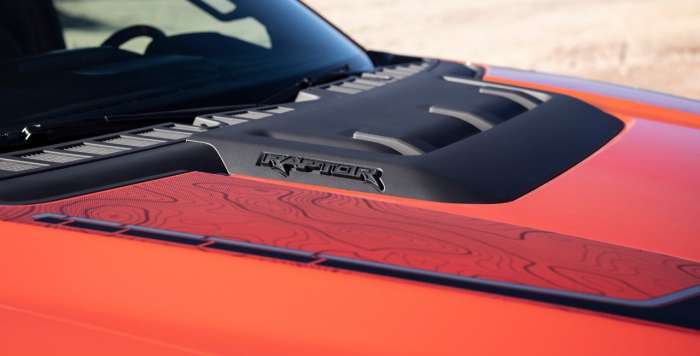 New Technology in 2021 Ford Raptor
McKenzie told me that the 2021 Raptor is Ford’s most connected Raptor to date.

“The new F-150 Raptor is also our most connected, as it comes with standard over-the-air updates and a new connected experience that can deliver potential features like shareable digital trail maps or other off-road technologies in the future,” she said.

The 2021 Raptor does come with Sync 4 as well as cloud-connected navigation and integration into the FordPass mobile app. Through the app customers can control the truck’s lights and remote start it.

Raptor’s new running gear
As an off-road truck the Raptor is required to have rugged attributes and abilities. With new running gear like a new suspension and new shocks, the 2021 Raptor fulfills that.

“A high-performance off-road pickup is defined by its suspension, and the all-new F-150 Raptor debuts with completely redesigned running gear,” McKenzie said. “It is reengineered with an all-new five-link rear suspension developed specifically for Raptor, designed to deliver more control and power to the ground with greater confidence over rough terrain at high speeds.”

The Raptor is a show off with its new Fox Live Valve internal bypass shocks. The fighter-jet inspired design and inspiration of the 2021 Raptor can get airborne thanks to these shocks. The best-in-class 37-inch tires are confident and tougher than ever, according to McKenzie.

The price and build website for the 2021 Ford F-150 Tremor opens up June 18. During that time, customers who haven’t ordered the new generation F-150 can also add new features like Ford’s Onboard Scales and Continuously Controlled Damping system.

These late additions to the 14th-generation F-150 are available on all trims for $650. It requires the max towing package.

Continuously Controlled Damping (CCD) is a $695 option. For King Ranch and Platinum, CCD is required to get Onboard Scales and Smart Hitch. CCD is standard on Limited.

Are you ordering a new Raptor or the new Tremor? Or are you waiting for the Raptor R next year? Leave me your comments below.