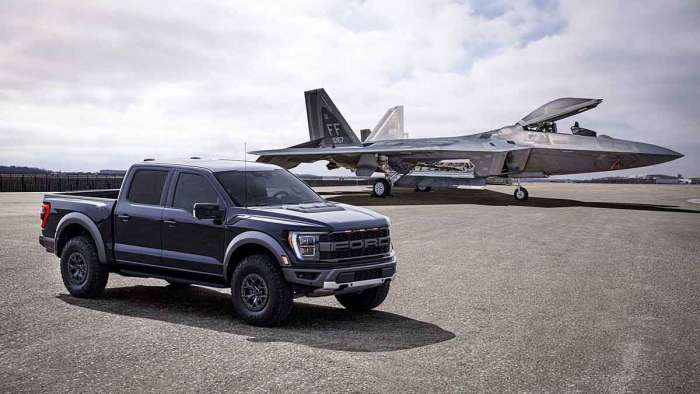 Liu had always been inspired by aircraft design and remembers building model airplanes as a child. What he was really drawn to was fighter aircraft. Their futuristic appearance and cutting-edge technology inspired him as a car designer. This was especially true with the Lockheed Martin F-22 Raptor, which he deemed as American design and ingenuity at its very best.

Once Liu got the opportunity to design the next-generation F-150 Raptor, he saw similarities in the state-of-the-art fighter jet and desert runner truck. Both shared the same name, both were leaders in their industries, and both were fast, nimble machines. He wanted to find a way to bring some F-22 Raptor flavor into the design of the F-150 Raptor. 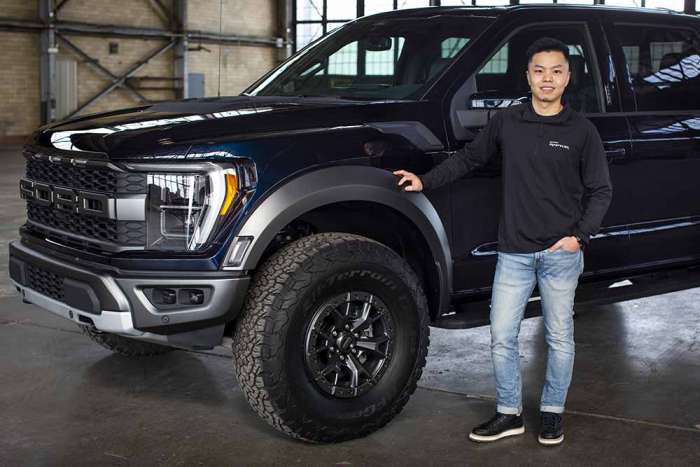 Why The Ford Raptor Is So Iconic
Liu has been a fan of the Raptor for a long time and it was a thrill of his career to get to work on the design of the sport-tuned truck. Liu remembers seeing the F-150 Raptor for the first time in 2009. It immediately became his dream truck.

Related story: Why the 2017 Ford Raptor is one of the best trucks ever.

“I was blown away by the width of the truck, protruding fenders and big, meaty tires,” he said. Ten years later, Liu found himself designing the third generation of his own dream truck.

The 2021 Ford F-150 Raptor will be available this summer and features a new high-output Ecoboost engine for this model year. A V8 engine will follow next year in the Raptor R, which seems ready to take on rival Ram TRX.

Additionally the 2021 Raptor will have redesigned running gear including an all-new five-link rear suspension. According to Ford, the five-link rear suspension features extra-long trailing arms to better maintain axle position on rough terrain, a Panhard rod and 24-inch coil springs – the longest in the class. The suspension design combined with more sophisticated engine management software means the truck can put more torque to the rear wheels for quicker starts off the line, faster acceleration and better throttle responsiveness while simultaneously delivering comfort, stability, handling, control and traction at speed. 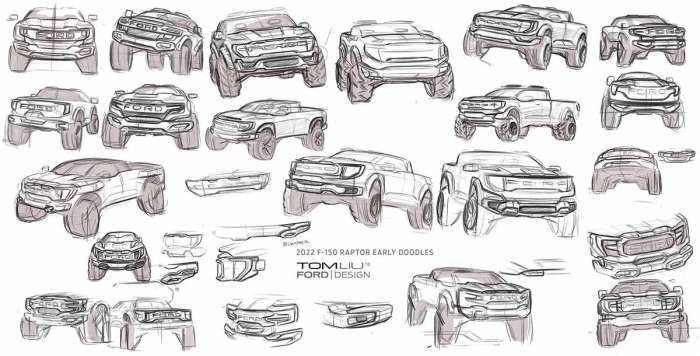 2021 Raptor Honors Military
I reported earlier about some of the hidden Easter eggs found in the 2021 Raptor, including an American flag and an homage to its fighter-jet inspiration that Liu referenced.

Car designers seek inspiration from all walks of life. When imagining the next generation of a vehicle, they don’t limit themselves to previous car models, but look to aviation, the maritime industry, animals and even superheroes for cues. For Liu with the new F-150 Raptor pickup, it was the F-22 Raptor fighter jet.

Elements drawing the most influence from F-22 Raptor are F-150 Raptor’s air vents. This includes functional side vents above the front fender, which has a parallelogram shape, similar to the front intakes of F-22. The hood vent air extractor on F-150 Raptor has two wings on the side, also paying homage to the fighter jet. In addition, the spear-shaped undercuts above the wheel lip on the fenders and box outer panels are sculpted in a connection with the F-22 fighter jet’s sharp, angular fuselage design.

Other elements drawn from the aircraft include slots on the grille and an available graphics package, featuring a clever “FP GN03” fender logo with the American flag resembling the number classification on F-22 Raptor’s vertical stabilizers.

“Ford is known for its legacy of great innovation and design, and the F-22 Raptor brings that same pride in design and development to our nation,” said OJ Sanchez, former F-22 pilot and vice president and general manager, F-22 program, Lockheed Martin. “I think it’s the perfect match, and it’s humbling that F-150 shares the namesake of Raptor.”

For Liu, the opportunity to bring design elements of the legendary fighter jet into drawing the new F-150 Raptor was also an opportunity to honor U.S. military families and personnel.
“Active U.S. military and veterans are a big customer base for us on F-150 Raptor, so I wanted to bring the spirit of F-22 Raptor on board with this third generation,” he said. “To work on an icon like this really means the world to me.”

What do you think about the next-generation the Raptor and its military inspiration? Leave me a comment.