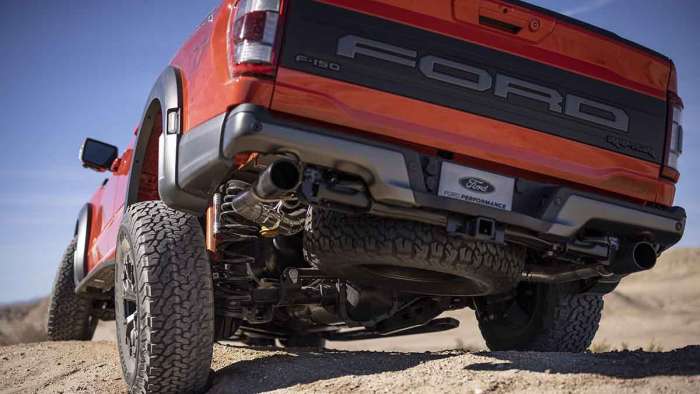 Sometimes it’s the little things that make the biggest difference. When it comes to performance trucks, it’s not always just about horsepower or what’s under the hood, but also what’s underneath the truck – as in the suspension system.

For the 2021 Ford F-150 Raptor, they are proudly touting the largest shocks ever put in this truck. The next-generation FOX Live Valve internal bypass shocks offer state-of-the-art electronic control technology to provide the high-performance Raptor with more passive support.

What does that mean? Well, according to Adam Stroup, Ford Performance, Raptor Vehicle Dynamics Engineer, it means quite a lot.

“Ford F-150 Raptor’s proprietary algorithms take advantage of the next-generation FOX Live Valve shocks to deliver uncompromising comfort and control both on road and over extreme terrain,” he said. “It’s these intelligent algorithms developed by the team here at Ford that allow the Raptor to gather driver inputs and vehicle data to adjust in real time to different terrains at extreme speed.”

The Raptor’s new shocks can assess, predict and react to terrain changes at the same speed the human brain processes visual information, according to Ford.
Stroup said this means that “Raptor has already adjusted to oncoming undulation before a driver recognizes it’s there.”

Check out the video below for a visual demonstration of the new Fox Live Valve internal bypass shocks.

Fox Shocks Partnership with Ford
Ford partnered with Fox to provide the shocks for the Raptor. While this is not an exclusive partnership between Fox and Ford, it is one that benefits the Raptor significantly.

Stroup said, “Fox and Ford have 10-plus years, and three generations now, of evolving and optimizing Raptor’s damping technology. FOX’s internal bypass technology is superior in balancing the on-road comfort Raptor customer expect with the extreme off-road capability Raptor is renowned for. Additionally, Ford and FOX are recognized leaders in the off-road racing community, and that gives Raptor its race-proven DNA.”

The 2021 Raptor’s shocks have been increased to 3.1-inches in diameter which represent the largest Raptor shocks ever. They have twice the damping support as the 2020 Raptor. The larger 3.1-inch-diameter anodized aluminum shock bodies are filled with all-new low-friction shock fluid specially designed to decrease frictional losses inside the damper for improved off and on-road comfort. New electronically controlled base valves are race-proven with an upgraded design enabling upward of 1,000 pounds of damping per corner at desert speeds. 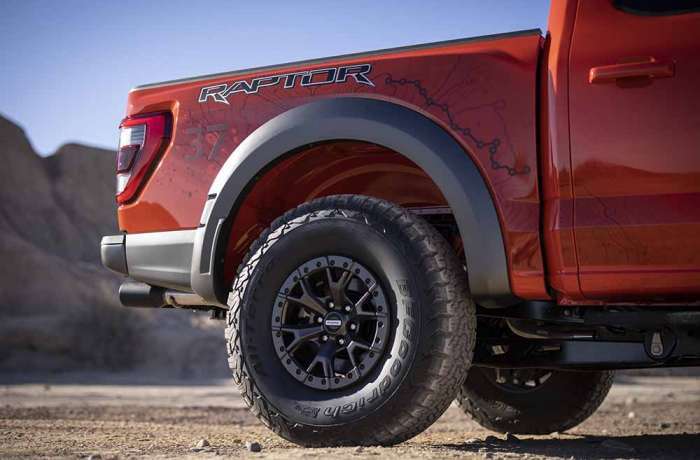 Ram TRX vs. Ford Raptor
As the Ram TRX has received a lot of accolades and has its sights set as the main competitor with the Raptor, it’s good to see Ford showcasing other aspects of a performance truck that make it great. Sometimes Dodge and Ram get too bogged down in just pure horsepower that there are other aspects of performance too.

The TRX has a hidden easter egg showcasing a T-Rex destroying a velociraptor. This is a clear shot at the Raptor. I love rivalries like this.

What’s your take on the TRX vs. Raptor rivalry? What do you think about these shocks? Leave me your comments below.