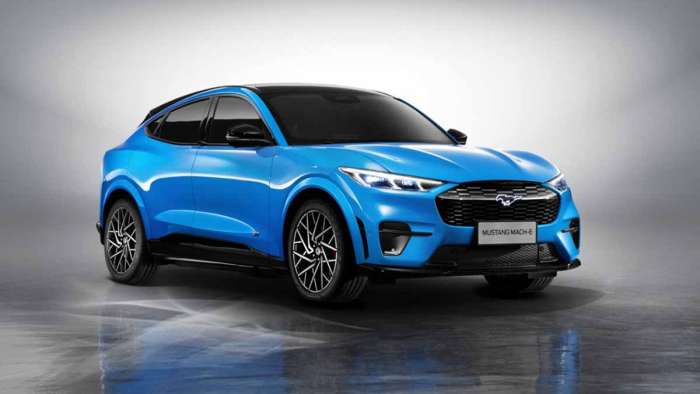 Mustang Mach-E will be manufactured by Changan Ford for customers in China. Supporting firmware over-the-air updates, Mustang Mach-E will be equipped with Ford Co-Pilot360 advanced driver-assist technologies and SYNC intelligent infotainment system and have range of 600 km (over 350 miles).
Advertisement

Exposing the Mach-E to a global market like China is a big deal. The high-end EV market is emerging quickly in China and the Mustang Mach-E is expected to be available in China later this year. And having a manufacturing facility located in China helps immensely.

So while this may seem like, why do I care moment, globally it’s big for Ford and should pay dividends for the long-term value of Ford. And it also reaffirms that Ford is all-in on electrification and that the Mach-E is a key part of that electrified future.

It does not appear to be a flash-in-the-pan vehicle, like other EVs have been for other auto manufacturers. And the Chinese market is vital for all auto manufacturers including Ford, who sells variants of Ford vehicles and Lincoln vehicles into China. 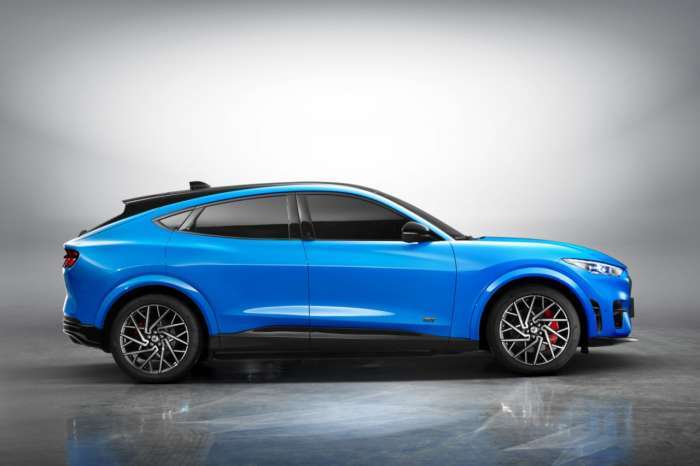 Made in China, for China
The Chinese version of the Mustang Mach-E is quite similar to the North American one that is already arriving at dealerships now. As I wrote about some minor delays due to software issues, many of the First Edition Mach-E deliveries are happening.

Additionally the media coverage and impressions of the Mach-E have been universally well liked. It’s been a tough time finding too many negative reviews of the all-electric crossover Mustang. I will get my chance to review the Mach-E next month and you can be sure that I will treat it fairly even if I still don’t like the Mustang name being used.

But the universal acceptance and praise of the Mach-E has helped. And it shows why the Mach-E won the prestigious North American Utility Vehicle of the Year.

As for the Chinese Mach-E it has the same look as the North American one.

Ford will also localize production of the Mustang Mach-E’s GT performance edition in China, an unprecedented move by a global automaker to locally manufacture high-performance editions. The GT high performance edition will adopt a front and rear dual-motor layout, joining the 3-second club with its impressive 0-100km/h (0-60 mph) acceleration capabilities.

Ford is moving quickly in delivering its electrification commitment with investments of more than $11.5 billion in electric vehicle development through 2022. The localized production of Mach-E in China is a key step in the company’s “Best of Ford, Best of China” strategy to offer Chinese customers industry-leading smart vehicles and advanced technologies. 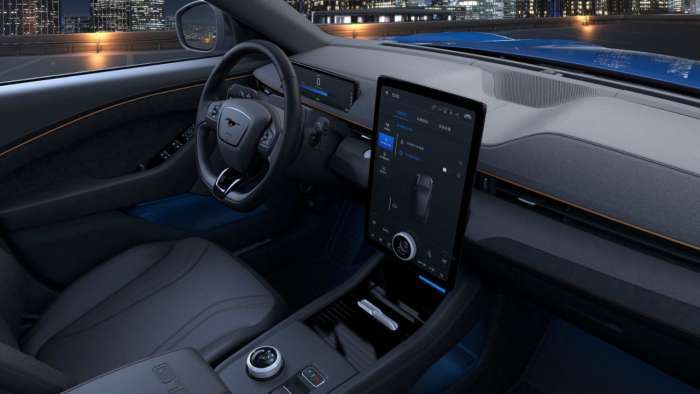 Mustang Mach-E will offer Chinese customers a smart cockpit equipped with Ford's latest driver-assist technologies and infotainment system that gets even better over time with advanced firmware over-the-air (FOTA) updates.

The newest generation of Ford Co-Pilot360 suite of advanced driver-assist technologies and SYNC+ intelligent infotainment system will offer L2+ level automatic driving assistance functions, enabling Mach-E drivers to operate their vehicles hands-free on prequalified sections of divided highways. In addition, the vehicle stays at the forefront of technology by supporting all FOTA updates, including for vehicle controls, to freshen the driving experience with improvements and new features delivered over-the-air.

My colleague Marc Stern wrote about Ford's commitment to over-the-air-updates and why they're important.

Ford is the first automobile manufacturer in China to offer cellular vehicle-to-everything (C-V2X) technology in mass production vehicles and will deploy C-V2X in Mach-E to help drivers in China anticipate potential driving hazards and improve traffic safety and efficiency.

As a communist country with more limited bandwidth and more limited access to the entire worldwide web just how the over-the-air updates will work (or won’t) seems like a major obstacle to me.

Perhaps I’m the only one who found this story interesting but I also stay closely connected to the auto industry globally. Often, people question why an automaker does what they do without looking at the decision from a big picture stance. With the Mustang Mach-E the big picture is clear, Ford is all in on EVs and the Mach-E isn’t going to just fade away as this generation’s Edsel.