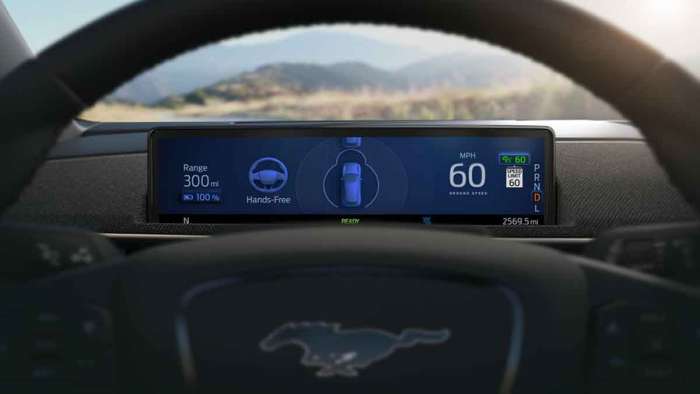 Ford’s transparency about delays has ruffled some owners’ feathers while others seem to understand. The delay is rumored to be related to a software issue, perhaps having to do with Ford’s Drive Assist 2.0 system. Similar delay occurred for 2021 Ford F-150 too.
Advertisement

Buried at the end of my story about General Motors perhaps following the Mach-E’s suit and making a Corvette sub-brand that could include a Corvette SUV, was another bit of information regarding the Mustang Mach-E.

I had mentioned that owners received a letter from Ford explaining that their Mustang Mach-E had been delayed. This came right after customers were notified of completion of their Mach-E in production. So it begged the question, what would cause a last-second delay after production.

The only comment I could get from Ford was from Emma Bergg, Ford’s Mach-E spokesperson, that said, “As part of our commitment to delivering high-quality vehicles, we are conducting additional quality checks on several hundred Mustang Mach-E models built before dealer shipments started last month. We want to ensure they meet the quality our customers expect and deserve.”

I appreciate the feedback and the comment. It goes a long way with the customers to hear something other than no comment.

One dealer I spoke to, who wanted to stay anonymous said the delay on the Mach-E could be traced back to a software issue, likely related to Ford’s Co-Pilot360 Active 2.0 package. This new system is standard on CA Route 1, Premium and First Edition variants of the Mach-E and is standard on F-150 Limited and available as an option on Lariat, King Ranch and Platinum models.

Some very early orders of the 2021 Ford F-150 were delayed in a similar way where after production was completed, they were not shipped and were worked on by an independent source, not affiliated with the Ford manufacturing plant.

Adding up these pieces and what I heard from the Ford dealer, the two delays make sense as related to the latest technology for these two vehicles. 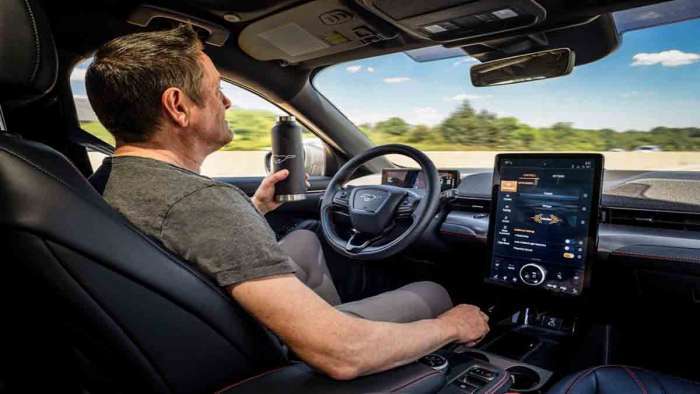 Here’s what the Ford press release said (that seems to tell us a lot now):

For customers purchasing F-150 and Mustang Mach-E at this year’s launch, the hardware enabling Active Drive Assist – including forward-facing camera and radar sensors – will be available through the Ford Co-Pilot360 Active 2.0 Prep Package, while customers choosing to purchase the software for $600 will receive it through an Over-the-Air Update in the third quarter of next year.

Over-the-Air Updates are quick and easy wireless upgrades that can help enhance quality, capability and improve the ownership experience over time while reducing dealer trips. This will be an early demonstration of the Ford system’s bumper-to-bumper update capability to wirelessly update nearly all vehicle computer models, enabling the addition of this type of complex innovations that require software upgrades to vehicle functions.
For example, early F-150 customers can purchase the prep package that includes the Active Drive Assist hardware and Active Park Assist 2.0 even more affordably for $895, which includes a $100 early adopter incentive. When Active Drive Assist is ready to launch with software updates, customers will then be able to purchase the software – plus a three-year service period – for $600 and receive it via Over-the-Air Update.

In the second half of 2021, new customers will be able to purchase the hardware and software together in the Ford Co-Pilot Active 2.0 package, without the need for an Over-the-Air Update to initiate the feature. 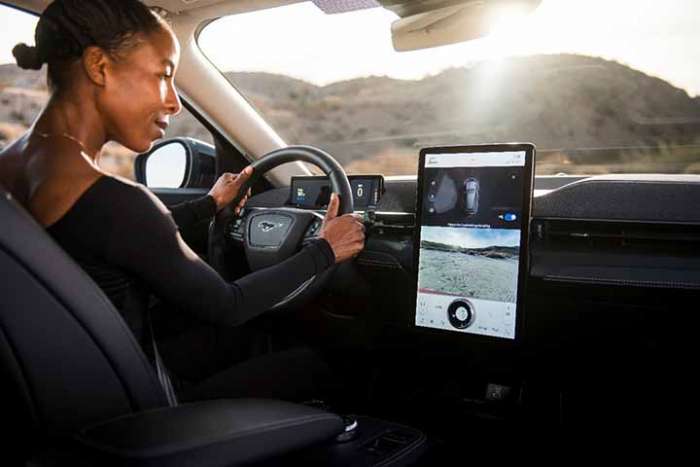 Patience is a virtue for Mach-E orders
Regardless of the reason, it’s wise for Ford to take every necessary precaution when it comes to the Mustang Mach-E launch, and the 14th-generation F-150 launch too. The F-150, which just won North American Truck of the Year, is the best-selling vehicle in America and Ford’s most profitable vehicle, by far.

Any major misstep could be catastrophic for the Blue Oval. And as we know, 2021 is set to be one of the biggest years in Ford’s recent history.

Likewise, Ford cannot have much go wrong with the Mustang Mach-E. It also won the prestigious North American Utility Vehicle of the Year, and needs to build on that momentum.

A misstep, especially one with software issues would be a PR nightmare. So it’s praiseworthy for Ford to do the right thing, take a breath, pause and fix whatever the issue might be before delivering. The last thing Ford could afford is a series of recalls. Some early production issues plagued Tesla that Motor Trend noted.

In this story on some major issues with the Tesla Model Y, Motor Trend said: “new Tesla models have suffered from initial quality woes before improving as the automaker gets better at building them.”

With Ford poised to take on Tesla and the Model Y with the Mustang Mach-E, having the upper edge in reputation and quality is oh-so-important.

Leave your comments and thoughts on this delay. Is it a nuisance or something more to you?

DeanMcManis wrote on January 20, 2021 - 4:31am Permalink
Being Ford's first mass production EV, the Mach-E would naturally be prone to 1st year build and design glitches. But Ford is taking the smart approach in delaying Mach-E production to shake out the bugs. Ultimately, I think that Mach-E owners would rather have their new EVs arrive a little later than planned, rather than be annoyingly flawed, and needing a recall.
Jimmy Dinsmore wrote on January 20, 2021 - 10:15am Permalink
Dean, agreed. It's best to take the safe approach especially on something as important as this.