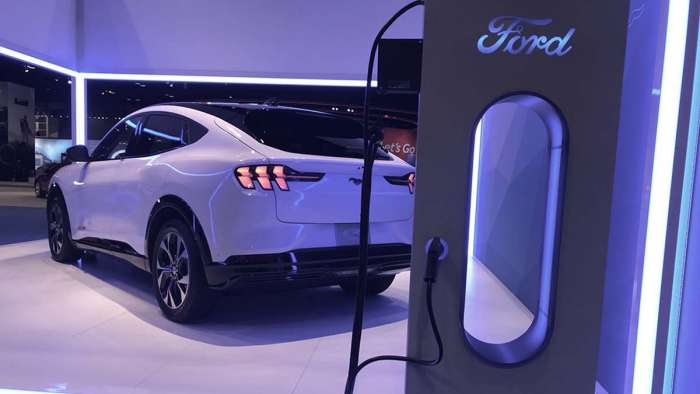 Competition between Ford and Tesla will be good for the consumer. Ford is first legacy manufacturer that can go toe-to-toe with Tesla on most stats, says one expert. Mustang Mach-E's price and range in line with other leaders of the EV segment.
Advertisement

Electric vehicles might be chic or still on the fringe right now (although the electric motor has been around for more than 100 years). Yet not surprisingly, EVs are heading toward the mainstream.

With the introduction of legitimate electric vehicles from Detroit-area auto manufacturers it indicates just how impactful EVs are, or soon will be. Tesla has many automakers attention for sure.

According to ​InsideEvs​, d​uring the first seven months of 2020, almost 1.2 million passenger plug-in cars were sold globally. This showing doesn’t come close to ​the growth predicted back in 2014. Nonetheless, EVs are booming in Europe, and now the US is taking a much harder look, developing some of the most innovative EVs on the market.
We sat down with Steve Birkett of ​FindTheBestCarPrice.com​, for a Q & A session on today’s EVs. Here’s what he had to say. 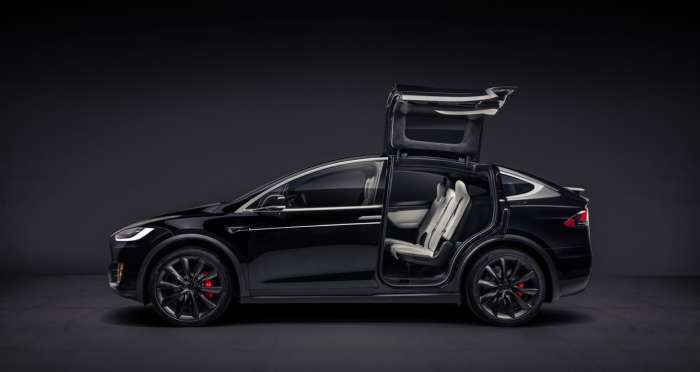 TN: Right now, EVs are still very much a niche vehicle. How do we begin to make the transition from niche to mainstream?

Birkett: First, the public has to be educated. Many of the objections people express for not buying an EV are either misunderstandings or non-issues. For instance, many people think electric vehicles don’t have enough range. When, in fact, several options have 250-300 miles starting at a reasonable $15,000. And EVs with a 400-500 mile range are on the horizon and available within 12-18 months.

The Mach-E has a range of 300 miles in some iterations.

Another misconception is that EVs are too expensive; however, the total cost of ownership is cheaper for most EVs due to lower maintenance and not paying for gas. Naysayers then argue they are too slow to charge. This claim can be countered with the fact that 85-90% of charging happens overnight at home. This action saves time going to the gas station every week.

And, people think they are sacrificing options to get an electric vehicle. People want more models that offer Tesla-Esque stats but from traditional manufacturers that they trust. The Mach-E and Volkswagen ID.4 mark the first entrants that will drive this requirement.

Finally, the popularity of EVs requires getting dealerships on board. Test drives help sell EVs, but dealers who don’t have ample EVs available might not let buyers get that far. This needs to change to accelerate adoption. People don't tend to go back to regular gas cars once they've tried driving electric. 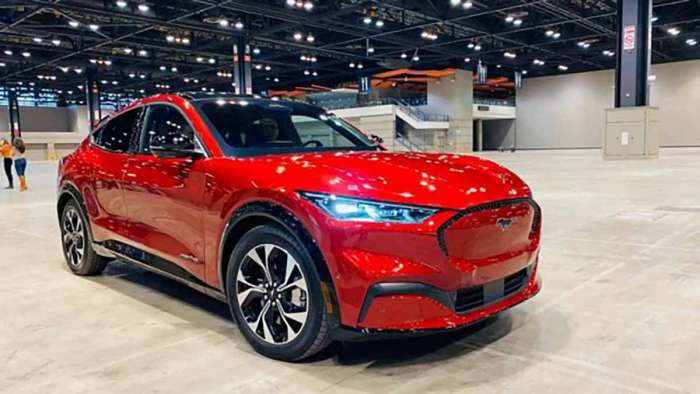 TN: I assume you know of the Mustang Mach-E? With some of the controversy surrounding the name, do you feel that adding such a legendary name helps the EV cause and gives it credibility?

Birkett: It's more about Ford's reputation and marketing than wider EV credibility. The controversy broadly stems from Ford slapping the brand name on a four-door crossover rather than a two-door coupe, as is the Mustang tradition. Most who take issue with the naming qualify the complaint to say they have no problem with Ford making an electric car, even an electric Mustang, but that it shouldn't be this form factor. 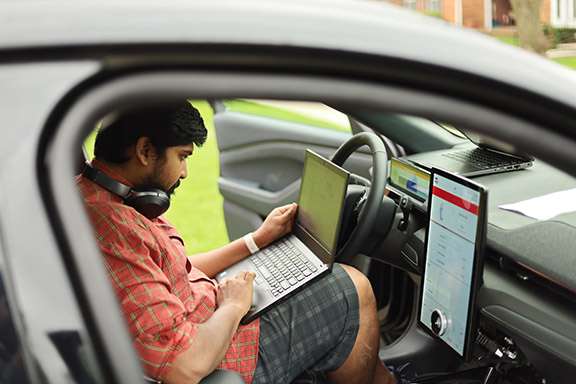 TN: What is your impression of the Mach-E regarding how important it could be for the EV movement?

Birkett: It's the first EV from a legacy manufacturer that goes toe-to-toe with Tesla on most stats, which is important in its own right. Add in the fact that it's in a popular vehicle segment and will be sold globally. This all makes the Mach-E an essential model for the EV segment.

TN: When it comes to EVs, two of the big things are the cost to own and diminished range when driven aggressively or when weather conditions aren’t ideal. What can you speak to both of these factors? Start with ​Cost to Own​ . What are some of the myths or things to debunk when it comes to the costs of owning an EV?

Birkett: The sticker price of an EV is typically the only cost higher than a combustion vehicle. After that, every aspect of ownership is cheaper, from fueling the vehicle to minimal maintenance. According to ​40 Interesting Electric Vehicle, Statistics, & Trends [2020 Year End Review]​, fuel savings alone can run as high as $10,500 over the lifetime of an EV.

Battery packs don't commonly fail or need to be replaced every few years, as one common misconception attests. The pack is warrantied by federal mandate for 8 years or 100,000 miles, whichever comes first.
EVs do still require some routine checks, so they're not ‘maintenance-free’ as some claim. Basic care like tire rotations, cabin filter replacements, and installing new windshield wiper blades are still on the maintenance schedule. Most remaining items can usually be done at home, further reducing the cost to own. 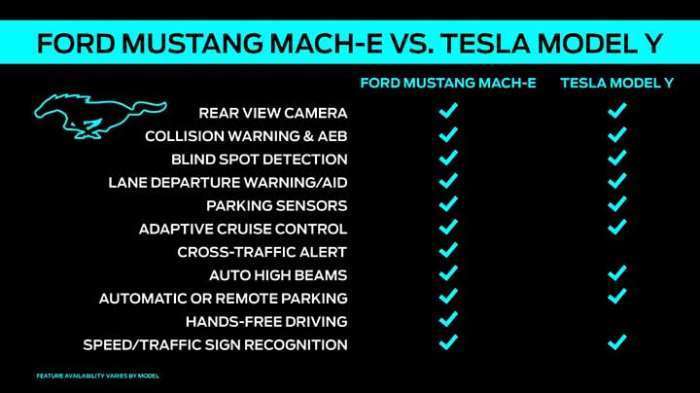 TN: As for range diminishing, what are your thoughts on this? When can we see more reliable range ratings hold up in winter conditions?

Birkett: Diminished range is true of both combustion and battery-electric cars, but with EVs, it's more noticeable for two main reasons:
1. The miles remaining is displayed as an exact number and percentage, rather than a vague level between full and empty.
2. EVs can't go quite as far on a single ‘tank.’ Where EV owners plug in at home, the effect of cold weather limitations is significantly reduced as power is pulled from the wall rather than the battery pack, meaning that range isn't reduced, and the driver starts the day with a full battery.

The EPA range currently used is a middle point based on various tests, so it would be tough to communicate the winter range without overhauling the system. A cold weather and warm weather spectrum of temperatures could potentially be developed for consumers. Still, realistically, this temporary range decrease becomes less of an issue as EVs get closer to 400+ miles on a single charge.

A vital counterpoint to range below EPA estimates in cold weather is more range being available in warm weather. For example, our Chevy Bolt is rated at 259 miles per charge. In winter, that reduces to ~190 miles, but it's above 300 miles in summer. 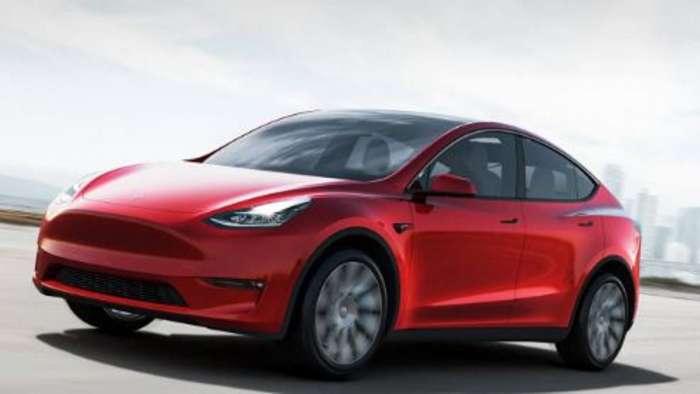 TN: Lastly, when it comes to charging networks, they’re not all universal. How can we improve this process and make recharging as quick and easy as refueling at a gas station currently?

Birkett: CCS1 is now the de facto standard for anyone buying a new EV in North America, other than a Tesla. Only the Nissan Leaf remains on the outgoing CHAdeMO standard, which will fall away over the next 5-10 years. All new models released in 2021 and beyond will use CCS1.

Plug&Charge technology will be increasingly common in new EVs, starting with the Ford Mustang Mach-E. This means owners can simply add payment details to the car's profile once, and the vehicle will communicate with the charge station to begin the process. The payment side of the process will be quicker than gasoline, as the driver will simply plug in and walk away.

In the interim, roaming agreements between the major charging networks and card readers on charge stations can smooth the transition. Electrify America, the US network with the best fast charging coverage and power levels, is already equipped for both Plug&Charge or card reader activation.

As always, let me know your thoughts on what he said here regarding EVs, the misconceptions and where the industry is going with EVs. Leave me your comment below.