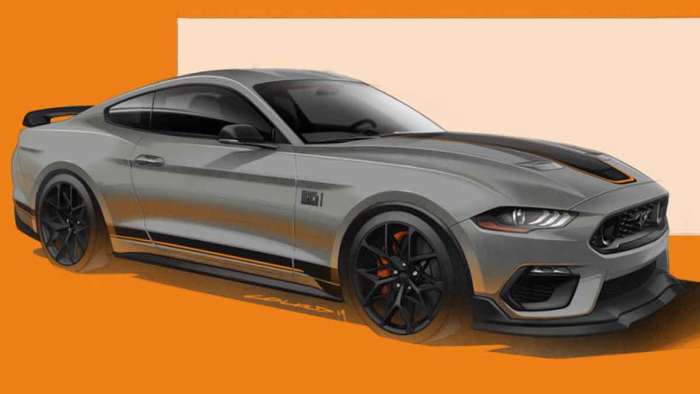 Mach 1, which replaces the GT350 has a starting price less than a GT350. Order bank now open for performance-oriented muscle car which hasn’t been produced for 17 years. Is this the last we will see of the GT350? Maybe not.
Advertisement

To flex a little journalistic brag, I was the first person to break the news that the Mustang Mach 1 would be making a valiant return. I first reported on this news in early December last year with some inside information and the official scoop.

The interest and excitement was there for sure although it was somewhat bittersweet to hear that the Mach 1 would replace the very popular Mustang GT350. And of course, the limited edition Bullitt also rides into the sunset as well. The GT500 stays and will be joined by the Mach 1 to showcase V8 power and performance for Ford.

For those who feared that Ecoboost, hybrids and electrification would take over the Mustang stable, rest easy V8s are still part of the Mustang's future.

Ford is now officially taking orders on the 2021 Ford Mustang Mach 1, which will feature a specially calibrated 5.0-liter V8 and a 10-speed automatic transmission and a six-speed manual. There will also be a special Handling Package.

Let’s take a closer look at some of the specifics of the limited edition Mustang Mach 1. 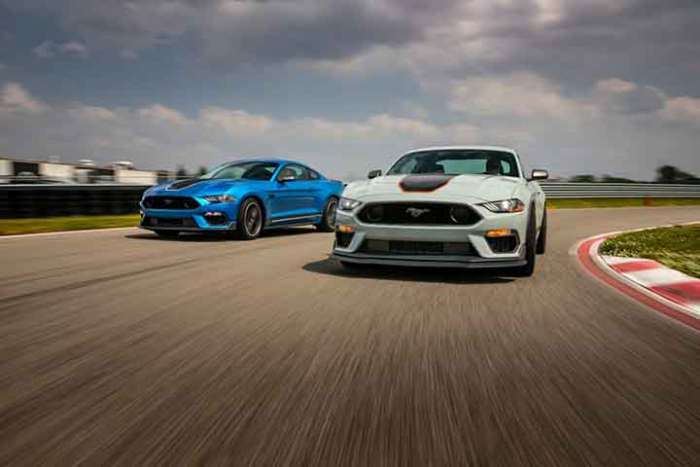 Mach 1 Muscle
According to Ford, the Mustang Mach 1 is set to become the most track-capable 5.0-liter Mustang ever, courtesy of a newly designed front end, plus Ford Performance parts from Mustang Shelby GT350 and Shelby GT500 models and an available Handling Package for greater at-limit handling.

The all-new version leans on decades of Ford Performance learnings, wearing a uniquely crafted front end for aerodynamic efficiency and a host of Ford Performance parts that help celebrate its iconic heritage. Mach 1 comes standard with a Tremec 3160 6-speed manual transmission from the Shelby GT350. For the first time, Ford has outfitted the system with rev-matching and the transmission is paired with the GT350 oil cooler system and Mustang GT’s twin-disc clutch and short-throw shifter.

Mach 1 Performance and Heritage
On looks alone, the new Mach 1 looks modern, but also hints of the Mach 1 heritage. The all-new Mach 1’s grille harkens back to the original with a deep 3-D mesh, shark-nosed section and faux lamp elements. Flanking the fascia are new side grilles below each turn signal lamp. A low-gloss Magnetic pony badge is centered on the grille. Low-gloss magnetic and black accents throughout the vehicle provide a premium look while staying true to Mach 1’s bold, muscular heritage, including low-gloss Magnetic mirror caps and rear spoiler.

Some enthusiasts wanted a Shaker-style hood, and I get that, but you can’t please everyone and there will certainly be a strong aftermarket available for this instant collector’s car.

The Mach 1 engineering and design teams worked in tandem to develop a front end unique to the Mach 1 persona that also meets the high aerodynamic demands of the engine, transmission and braking systems.
A new two-piece upper grille, lower grille and valance, and new side grilles, all contribute to Mach 1’s signature look and more demanding aero and cooling performance requirements.

A front splitter optimized to the fascia shape improves track performance and provides a more aggressive appearance, while a matched rear spoiler works in concert to create ideal lift balance. Mach 1 features 22 percent more downforce than a Mustang GT with Performance Pack Level 1 and the downforce improvement jumps to approximately 150 percent with the Handling Package.

To enhance track endurance, the team added two side heat exchangers – one to cool engine oil, the other transmission oil – as well as a rear axle cooling system and lower diffuser from Shelby GT500.

A new underbelly pan, the vehicle’s most aerodynamically important upgrade, extends 20 inches further rearward than on a Mustang GT Performance Pack to smooth and increase the airflow under the front of the car. Large underwing features in the belly pan increase downforce, while special belly pan airfoils in the brake cooling ramps improve downforce and assist the brake cooling flow – a first for Mustang. 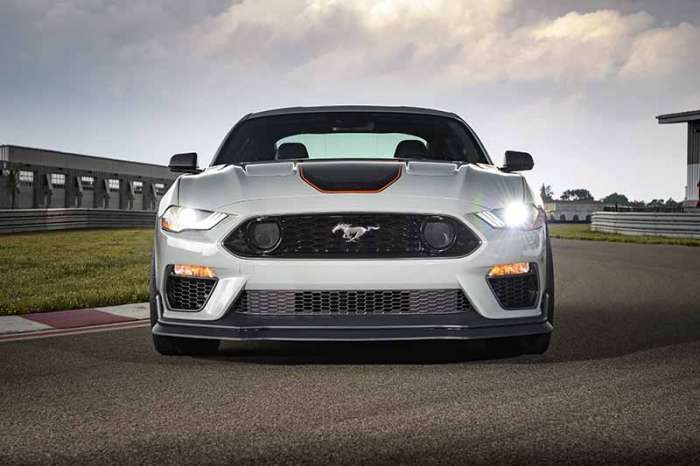 How To Order A Mustang Mach 1
Unlike with the Ford F-150 or the Ford Bronco, there is no reservation system or Ford pricing matrix. That’s probably a good thing, since Ford had issues with this type of system when they brought back the Bronco after all these years.
To order a limited edition Mach 1, simply contact your Ford dealer, which can take orders now. The all-new and limited-edition 2021 Mustang Mach 1 will arrive in U.S. and Canadian Ford dealerships in the spring of 2021.

Starting price is $52,915 which includes a $11,95 destination charge. That makes it slightly less expensive than the base price of the GT350, but more expensive than the Bullitt.
Also, Ford went out of their way to open the order process for the Mach 1 today, October 14, as that was the date that pilot Chuck Yeager broke the sound bearing traveling at the speed of Mach 1 on this same date in 1947. 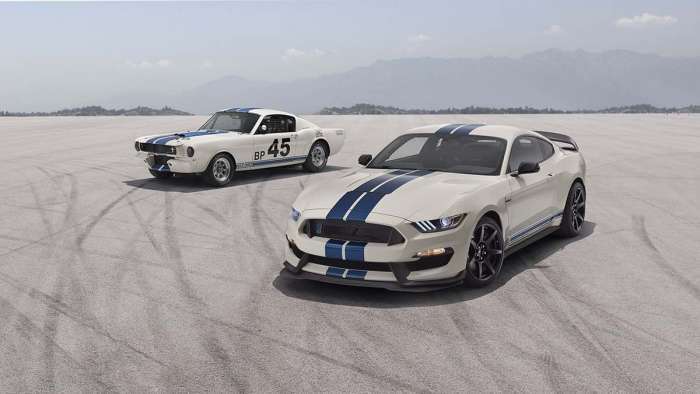 Is The Ford GT350 Discontinued?
The official answer is yes. After 2020, the GT350 is being replaced by the Mach 1. However, a rumor I heard from a reliable source is that when Ford launches the next Mustang platform, that the GT350 will return.

Supposedly it will have a naturally aspirated Coyote V8 engine and make at least 500 horsepower. This is all unconfirmed from Ford and likely won’t be officially announced for quite some time. But if you’re a GT350 fan, don’t hold your head too low as it might not be the end of this highly-appreciated muscle car.

Remember, even the Mach 1 didn’t disappear forever. After 17 years it’s back, and likely the return of the GT350 will be far less time away than that. But, we shall see how this rumor plays out.

I want to hear your thoughts on the Mach 1. Is it priced right? Will you be ordering one or would you wait for the (potential) return of the GT350? Leave me your comments below.