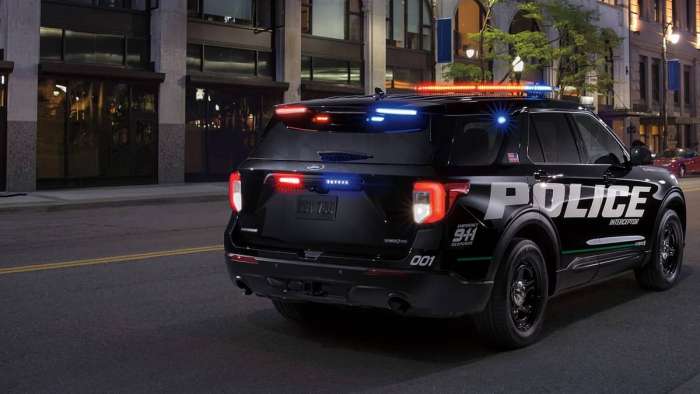 The upcoming hybrid F-150 to be modeled more after Ford Explorer Hybrid and Police Interceptor Utility Hybrid. Ford confirms F-150 and Explorer will share a the same 10-speed modular hybrid transmission and see an increase in power and fuel economy.
Advertisement

Strolling through my Twitter feed (follow me @F150writer and @driverside), I saw something that caught my eye from Mike Levine (@mrlevine) who is the Product Communication Manager for Ford North America.

He said on a Tweet response to a Car and Driver story about the “laughable” range of 10 mpgs from the Ford F-150 PHEV: “Ford has never said the next F-150 will include a plug-in hybrid.”

Levine went on to Tweet:
“What Ford has said is that the F-150 and Explorer rear-wheel drive hybrids both share a crazy smart 10-speed modular hybrid transmission sharing 90% of its parts with the non-hybrid 10-speed.” 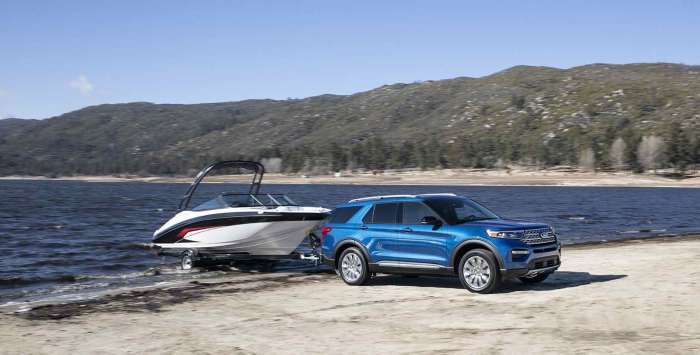 I asked Levine for more clarification about this and also asked if my assertion about the hybrid F-150 being more about performance than fuel economy was correct. He said:

“More than great fuel economy. It will also function as a mobile generator and tow heavy trailers.”

Levine’s answers to me were vague at best, but clearly the response to the InsidesEVs and Car and Driver information made him speak up. So we can take it to the bank that the 2021 Ford F-150 Hybrid will not be a plug-in, but just a regular hybrid. Let’s look at the 2020 Ford Explorer Hybrid and see what else we can glean.

2020 Ford Explorer Hybrid
My Torque News colleague John Goreham is my go-to for all things hybrid. He did a story on the 2020 Explorer and even drove the hybrid version. When I asked him his thoughts he said: “The hybrid is a great drivetrain in that vehicle and will be good for truck owners who don't need top towing numbers.” Fellow Torque News contributor Patrick Rall offered up his first take on the 2020 Ford Explorer Hybrid.

The Explorer Hybrid does have a 3.3-liter hybrid engine and the aforementioned 10-speed modular hybrid transmission which allows that Explorer to tow up to 5,000 pounds. If properly equipped with a Class III Tow Package, the 2020 Explorer Hybrid can tow an additional 1,500 pounds.

How Does Explorer Hybrid Compare To The 2020 Police Interceptor Hybrid?
In my exchange with Levine, he referenced me to the hybrid police interceptor. This was a vehicle I was not knowledgeable on, so I took at a look at on Ford’s media site.

My colleague John Goreham got to drive the hybrid Interceptor and reported on it having great bottom-end torque with impressive regenerative braking. Postulating from what Levine told me, we can assume the 2021 F-150 Hybrid will have similar brakes too.

Unlike the Explorer, the Interceptor Hybrid uses a 3.7-liter gas engine along with a hybrid motor. Which, according to Ford led to a 41 percent improvement in fuel economy for this police vehicle. The Police Interceptor Utility Hybrid has an EPA-estimated rating of 23 mpg city/24 mpg highway/24 mpg combined.

Drawing Some Conclusions on 2021 Ford F-150 Hybrid
We can now safely assume the 2021 F-150 hybrid won’t be a plug-in, so you can throw out all that talk about 10 mpg of EV driving. Clearly that’s been debunked.

Assuming the report that the 2021 F-150 Hybrid will get mated with the 3.5-liter Ecoboost (which is an assumption since Levine would not confirm that for me), then we assume it will get better power and performance than the Explorer Hybrid.

One report from Reuters that Levine pointed me to stated (accurately according to Levine) that the hybrid motor in the Explorer and F-150 makes 44 additional horsepower.

Drawing the conclusion of adding 44 more horses to the 3.5-liter Ecoboost of the F-150 means the 2021 F-150 Hybrid could see a total horsepower of 419. And certainly the electric assist and noticeable torque increase my colleague John Goreham noticed will push the overall pound-feet north of 500 for the hybrid F-150 too.

Levine refused to even comment on that postulation by me, but I feel pretty confident with my math there. With the electric assist motor and the modular hybrid transmission, this could also increase the towing capability of the 2021 Ford F-150 hybrid. How much of an increase? Well that’s hard to say. But if the Explorer Hybrid was able to pick up an additional 1,500 lbs. in towing then so could the F-150.

I appreciate you reading the information I provide here on Torque News. It’s not always easy figuring out fact from fiction. Some rumors end up being true and others end up being just rumors. It’s nice to see Mike Levine come forward on Twitter to clarify some things. And while I have a lot of respect for him and his staff at Ford, it’d be great to hear more about this exciting hybrid F-150 other than, “we don’t talk about future vehicles.” You may not, but the rest want to hear about future vehicles.

There is a lot of interest for it, and I think Ford will have a successful truck on their hands as long as it’s more powerful and more capable, which I think it will be. What do you think? Would you consider a hybrid F-150 if it did as much, if not more, than your current pickup truck? Leave me a comment with your thoughts.