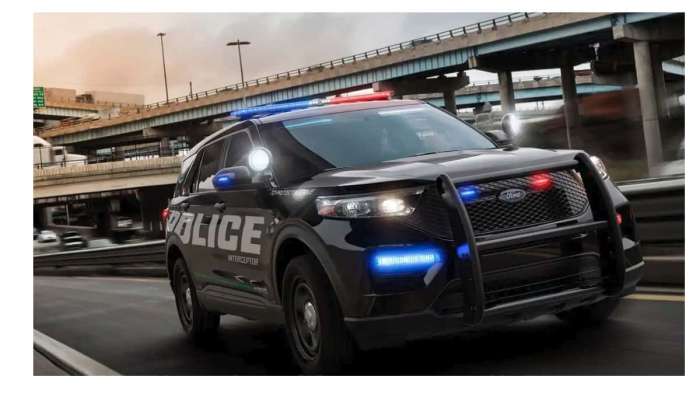 Ford's Police Interceptor Utility vehicle is an amazing machine and recently was redesigned from the ground up. We had never driven in a police vehicle before (at least up front) and jumped at the chance when Ford offered us wheel time at the Massachusetts State Police Training facility. Here's what we found: 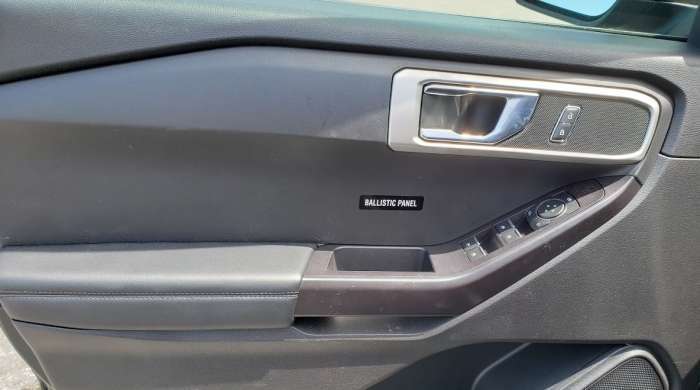 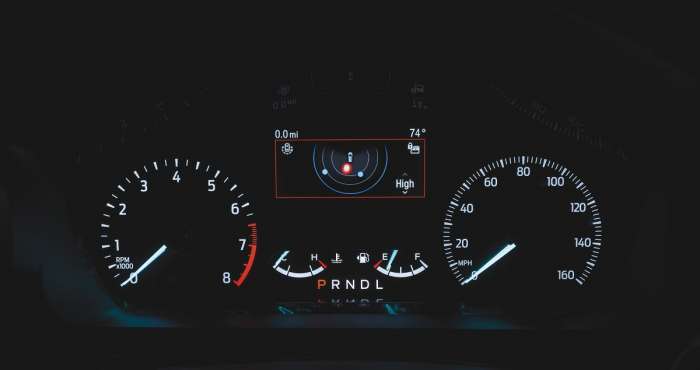 The dash looks like a low-trim of the Ford crossover line except the Interceptor has a neat perimeter warning system built in. Ford also creates room for a 9" standard police mobile computer on the center console. Ford removes the third row of seats and pushes the second row back. 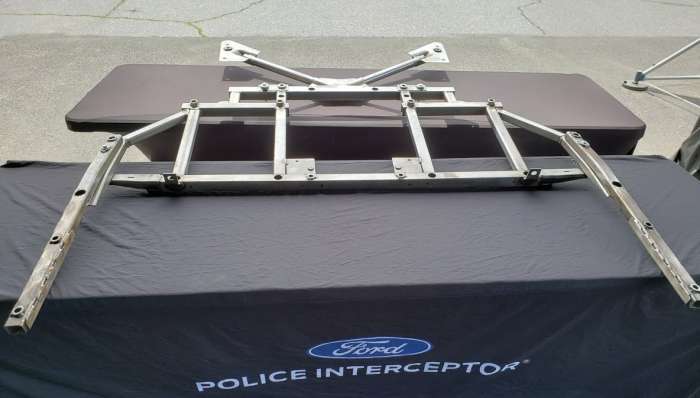 Under the skin, the Police Interceptor Utility is very different from the civilian crossovers Ford sells. The Interceptor is able to withstand a 75 MPH rear impact. Ford installs a massive crash structure to handle that. The upshot of all this is the police vehicle is pretty heavy compared to say, a Ford Edge.

Ford is moving police vehicles away from the 3.7-liter V6 to a set of three engine options. The first is a 3.3 non-turbo engine. The second is a 3.3 Hybrid and the third is a new 3.0-liter turbocharged EcoBoost. All have 10-speed auto transmissions. 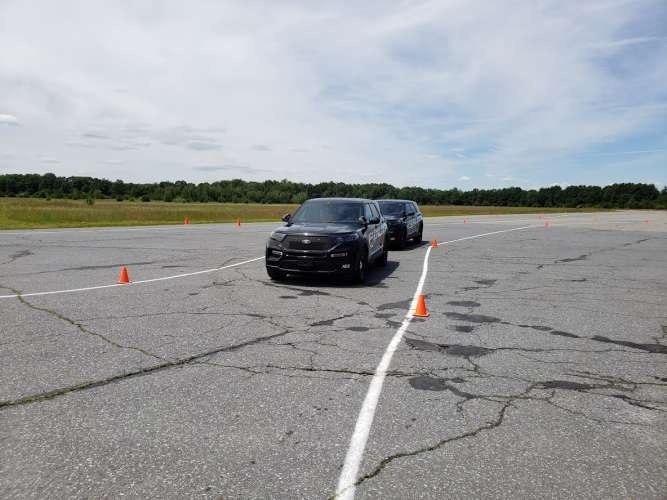 So How's The Police Interceptor Drive?
We drove all three versions of the Police Interceptor Utility on a closed track. The 3.3-liter V6 engine was not that impressive. It has a zero to sixty time near 8-seconds. However, the brakes were amazing and the vehicle handles much better than you would guess.

Up next, we tried the 3.3.-liter V6 hybrid. It felt about the same, but with a smidge more bottom-end torque. The brakes do regenerate energy, but when you are slamming them on in hard stops they feel totally normal.

The 3.0-liter EcoBoost-equipped Police Interceptor Utility vehicle is totally different. Capable of a near 5-second sprint to sixty, the EcoBoost transforms the Interceptor Utility into what feels a lot like an Edge ST. It pulls with gusto from a stop and exiting corners it explodes forward with the rear-biased all-wheel drive system putting all of the power down. That envigorating powertrain makes the whole vehicle feel more alive. Bring it Baby Driver. I'll have you spinned and pinned at the first corner.

Of course, police vehicles on average spend 60% of their time idling. And you won't outrun a radio and a spike strip no matter how cool your car is. Ford is offering a compelling argument that the 3.3 Hybrid makes the most sense. It uses about $20K less fuel per year than the outgoing 3.7-liter V6. A large municipality can save millions by turning to the hybrid.