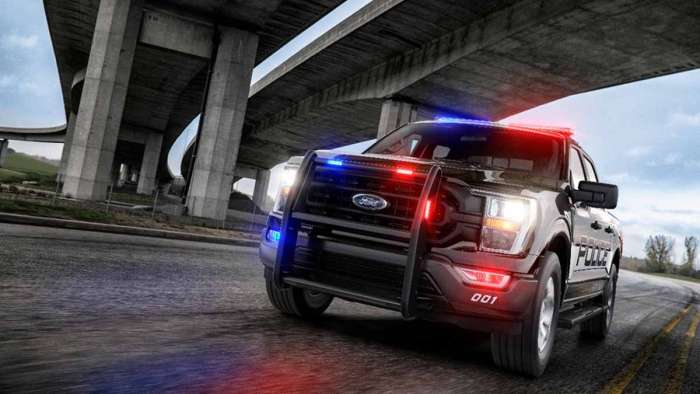 Minutes matter in an emergency. Every second is precious and could be the difference between life and death. The all-new 2021 Ford F-150 Police Responder has the best acceleration of any pursuit-rated police vehicle tested, helping law enforcement officers respond quickly to emergencies. Los Angeles County Sheriff’s Department test data, as well as preliminary test results from Michigan State Police, show the 2021 F-150 Police Responder, America’s only pursuit-rated pickup truck, had the fastest 0-60 mph, 0-100 mph and quarter-mile times of any law enforcement vehicle, including SUVs and sedans.

“Vehicle acceleration and speed contribute to how quickly first responders can safely arrive at an emergency scene,” said Greg Ebel, Ford police vehicle brand manager. “Shaving even a few seconds off response times can make a big difference. Whether responding to an accident on the highway or a distress call from somewhere off-road, law enforcement officers can count on 2021 F-150 Police Responder to get them there fast.”

Check out a video of the F-150 Police Responder being tested below. 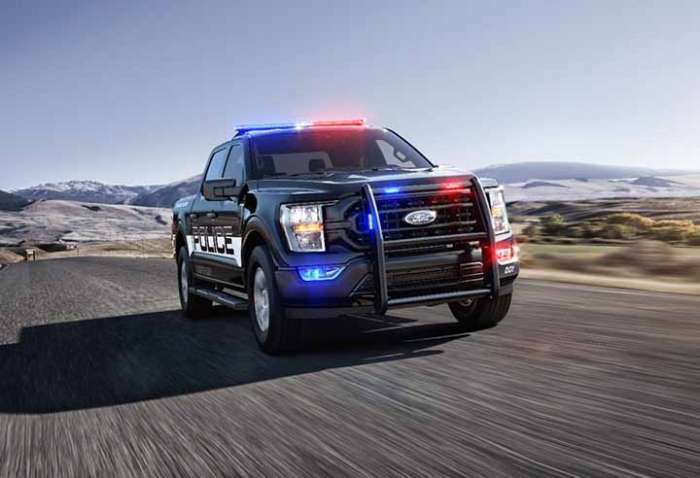 The main drivers of the acceleration improvements are the truck’s increased torque and new torque-on-demand 4x4 transfer case. The F-150 Police Responder standard police-tuned 3.5-liter EcoBoost® engine produces 500 lb.-ft. of torque, more than any other pursuit-rated police vehicle. Its automatic four-wheel-drive mode and torque-on-demand transfer case constantly adjust torque to front or rear wheels as needed. This contributes to faster starts because it provides instant traction to all four wheels regardless of road – or off-road – conditions.

The torque-on-demand transfer case also plays a role in the truck’s overall performance, since it facilitates carrying faster speeds when cornering. This was showcased during 32-lap vehicle dynamics tests run by both the Michigan State Police and Los Angeles Sheriff’s Department. The 2021 F-150 Police Responder showed dramatic improvements over the original, cutting 5.8 seconds off its average lap time during the Michigan tests, and 3.6 seconds per lap during the Los Angeles tests. (Los Angeles testing protocols add 400 lbs. of payload to police trucks and SUVs to simulate cargo). Laps in the dynamic tests are run on winding, curving tracks, as well as a tight city course, to simulate real-world pursuit driving conditions.

“The vehicle dynamics course is where the entire vehicle is put to the test,” explained Allen Magolan, Ford police vehicles integration manager. “It shows how well the vehicle’s systems work together to deliver the performance an officer relies on in an unpredictable high-speed situation – its acceleration, straight-line speed, cornering and overall performance.”

Introduced in 2017 as a powerful and capable all-terrain law enforcement tool, F-150 Police Responder is part of America’s best-selling police vehicle lineup. The truck is built on the all-new 2021 F-150 SuperCrew platform and engineered to meet a wide range of agency needs – from allowing officers to travel with an assortment of emergency response gear to transporting mobile command centers. It offers the most towing capacity, payload capacity and interior passenger volume of any pursuit-rated law enforcement vehicle.

F-150 Police Responder is assembled at Kansas City Assembly Plant in Claycomo, Missouri, and arrives in fleets later this fall.