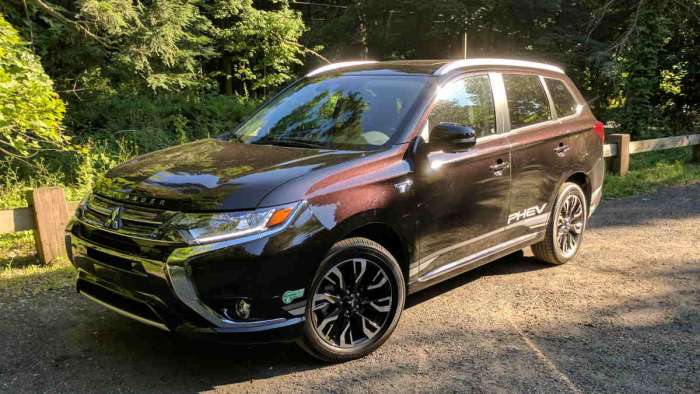 From all-wheel-drive, to SUV space, and an electric drivetrain so you can get there without spoiling the destination, the Mitsubishi Outlander PHEV offers it all.
Advertisement 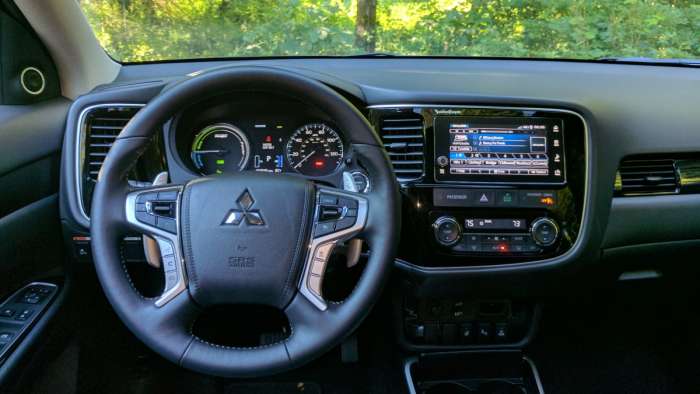 To hear electric-car advocates tell it, hybrids are wasteful. And plug-in hybrids are poseurs.

But millions of Americans are still buying big, gas-only crossovers and SUVs, because hardly any all-electric SUVs can meet their needs for family road trips, and heavy-duty runs to the dump and the hardware store. The only options so far, are the ultra-expensive, and not-so-practical Tesla Model X, the brand-new Model Y, and the short-range, car-like Jaguar I-Pace.

A plug-in hybrid SUV could bring the best of both worlds together. They can help a family meet most of their needs on electricity while still easily making it to the most unspoiled corners of America on vacation.

A visit to the New England Motor Press Association Winter Test Days gave us a chance to take another look at the most popular plug-in hybrid SUV in the world, the Mitsubishi Outlander PHEV. If they’re such rare sightings on American roads that few Americans have any idea they exist, that’s because Mitsubishi sells every one they can—at premium prices—in Europe and elsewhere overseas.

The Outlander Plug-in Hybrid delivers 22 miles of electric range on a charge, and has a gas engine that carry you, your family, and as much gear as you might want to bring along, anywhere you want on a family vacation.
It offers all-wheel drive, with an electric motor powering the rear wheels and a gas engine up front. It remains the only plug-in hybrid with a fast-charge port that can plug in to a widespread network of CHAdeMO fast chargers built for Nissan Leafs.

Mitsubishi has implemented one of the most versatile, logical control systems in a plug in hybrid, which allows drivers to choose between the greatest efficiency, most electric driving, or preserving the electric range for later. Unfortunately, the center screen that controls it, along with the radio and navigation systems, looks like a cheap aftermarket Android interface. 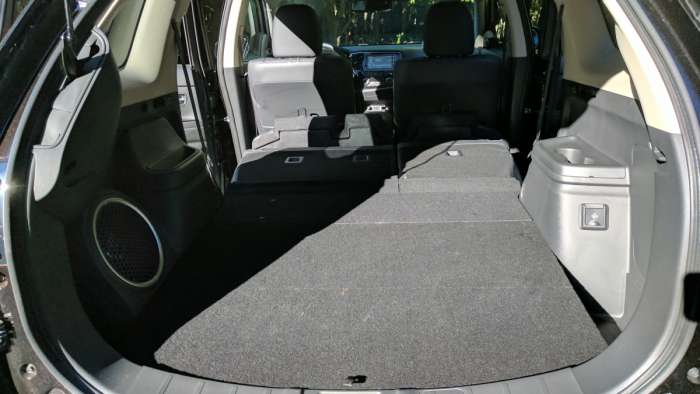 Like the Kia Niro EV, however, the Outlander PHEV drives a little like Mitsubishi slapped the electric battery pack into the car without revising the suspension to handle its weight. It rides and handles softly, and bumps can feel uncontrolled on the highway.

Mitsubishi sells the Outlander Hybrid only one way: loaded, for $37,490, and is eligible for a $5,836 federal tax credit. That makes an affordable alternative to the Tesla Model Y.

Timothy Parker wrote on March 8, 2020 - 12:25am Permalink
I was seriously looking at the Outlander PHEV about a year ago. I probably would have bought one except that Europe got a nicely upgraded version and the US was stuck with the old version. So I decided to wait and ended up buying an EV instead. Probably best. The EV range on the Outlander is disappointing, and in hybrid mode, the gas efficiency is really poor. Its like a PHEV almost in name only without many of the benefits. I would like to see them do a complete update with much more EV range and much better hybrid fuel economy. I think it would help their sales in the US. They should also change to CCS and do something with the styling, which I was willing to overlook.
Andrei wrote on March 13, 2020 - 6:01am Permalink
I own a '19 model and I can say about this car that is just a scam! All have BMU issues, ALL! Mine in 4000 km lost officially 7% battery capacity! Is full of bad design starting with the fact that in a 2019 you do not have where to put your phone, the SDA freezes all the time, the boot has a slope and all came rolling down when you open it, beeps excessively, drives like a boat over 55mph, has unbelievable bad fuel economy over at 75 mph - as low as 15mpg (the engine works in Atkinson mode only below 2500 rpm).... SAWD formed from 2 EV motors is just with the name super in reality is junk, I got stuck in 4 inches of sand. Paint is very bad... already I had to do a treatment to stop the rust that started to develop under the car....