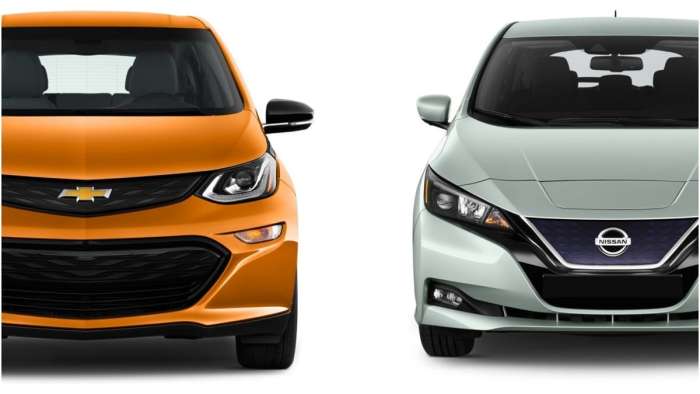 Discounts on Chevrolet Bolt EVs and Nissan Leafs results more from their size than the fact that they're powered by electricity.
Advertisement

If you’re interested in buying an EV, the time has never been better.

Traditional electric cars, such as the Nissan Leaf and Chevrolet Bolt EV have gained range and capability, now rivaling entry, and even mid-range versions of the Tesla Model 3 in range. The Nissan Leaf Plus can go up to 226 miles between charges, while the Chevrolet Bolt EV recently got a range boost from 234 to the same 258 miles between charges that the new-kid Hyundai Kona Electric gets. For comparison, the Tesla Model 3 Standard Range Plus is rated at 250 miles off range.

At the same time, with the notable exception of the Model 3, prices have been coming down, despite the reduction in electric vehicle tax credits. The tax credits were designed to buoy profits by reducing prices for customers while bolstering sales long enough to allow automakers to build the volume that would allow them to bring down battery prices. Two automakers, Tesla and General Motors have reached the end of those full $7,500 credits. For them to make the as much money on the cars as they did before would require them to raise prices.
But, amid a dearth of sales of small electric cars, that isn’t happening.

The biggest example is the Chevrolet Bolt EV, a perfectly pleasant and even sporty-feeling electric car with a roomy interior and a practical hatchback. Now that the volt gets only minimal tax credits from the government, Chevrolet is offering $9,795 cash back on the model. You can drive home a 2019 Bolt EV for $28,995. Even new 2020 models are eligible for a rare $5,000 back deal on top of 0 percent financing for a full six years. A $239 lease deal is also compelling. 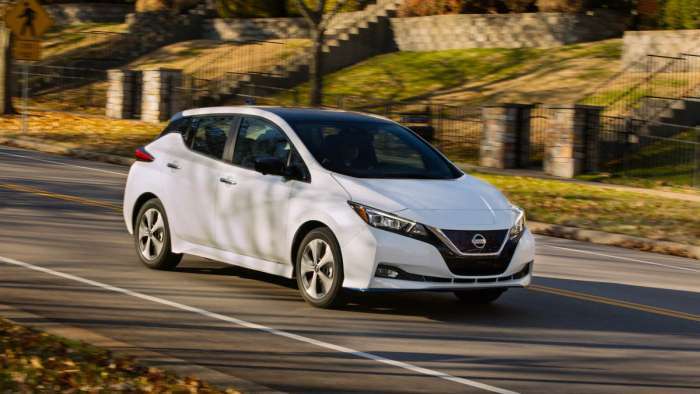 If these electric cars are cheap, the reason may go beyond their powertrains. Many analysts have suggested that the low sales and big incentives on electric cars other than Tesla indicates that car-buyers aren’t interested in electric cars. Others point to the success of Tesla as evidence of pent up demand. 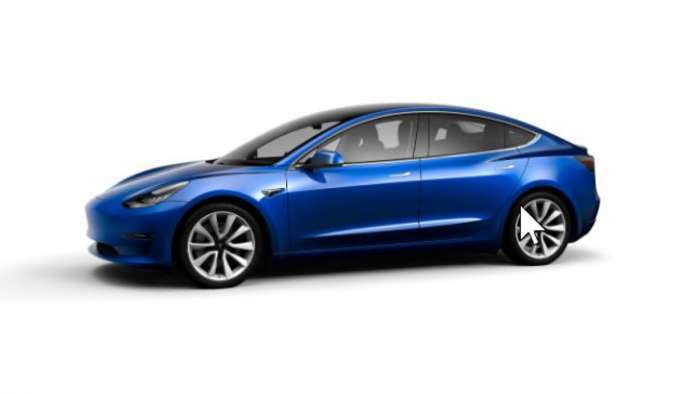 The reality may be both, and somewhat more subtle. In the past two years, the bottom has fallen out of the market for small hatchbacks such as the Leaf and the Bolt, and even for luxury sedans such as the Tesla Model 3. While it’s true that Tesla sold almost 285,000 Model 3s in 2019, those sales came largely at the expense of other luxury automakers such as Acura, Audi, BMW, Infiniti, Mercedes-Benz, and (to a lesser extent) Lexus.

Both traditional and startup automakers are rushing to fill the vehicle pipeline with all-electric vehicles that are more in line with what Americans want to buy anyway: pickups, such as the Ford F-150, the Tesla Cybertruck, the Rivian R1T, and the recently announced GMC Hummer, which will be an off-road-capable pickup. The coming wave of electric pickups and SUVs may do more for the adoption of electric vehicles than cash incentives, long range estimates, or 100+ mpg-equivalent ratings ever could.

See you in my next story discussing why many of the latest luxury electric cars fall short on range and efficiency.

John Goreham wrote on January 31, 2020 - 9:47pm Permalink
Well said, Eric. The new crossover EV models from Toyota, Tesla, and Ford (2) will be very interesting launches this coming year. All four of those models are the same size and approximate shape as the top-selling vehicles in America. There is a definite disconnect between the vocal advocates for EVs and the reality that they often sit unsold. The Volt was a great example. People all over the internet lamenting its cancellation as unsold models sat for over a year on dealer lots. Very odd.
Timothy Parker wrote on February 1, 2020 - 3:12pm Permalink
Most people are still clueless about EVs. For them an EV is unfamiliar, an oddity, an outlier. They know their ICEV; they don't know an EV. They aren't sure about charging. They are concerned about the ability to travel where they want. They are afraid of running out of charge and the time it will take to recharge, or simply getting stranded on the road. It is not enough to see charging sites on an app, they need to see them frequently on the road. They want to travel everywhere they can dream about, not just in narrow corridors. They want chargers to work, every time and all the time. More models will raise awareness and might even get them to look in the showroom, but that will not alleviate the charging infrastructure concerns. Dealerships must also embrace EVs. Not necessarily to the exclusion of ICEVs, but at least on par. An EV must be one of their showroom models, and they need to be knowledgeable enough to talk about them and answer questions. There is a long way to go before all these things come together, and adoption will be a struggle until it does.
DeanMcManis wrote on February 3, 2020 - 6:34pm Permalink
I had three Volts, and now i own Cadillac's ELR (shared EREV drive). Most people simply do not know about EVs. For the past 3-5 years there has been a LOT of DIS-information about EVs running all around the internet simply because people were making lots of money lying about EVs and instilling doubt. The fundamental flaw with ISC car companies selling EVs is that currently they make 100% of their profits from ICE cars, and the dealerships usually make more money off of servicing ICE cars than they do off of sales, and EVs have much lower maintenance costs, and smaller profits. So there was really no buy-in by dealerships and salespeople, and they sat on the lots. Plus there were almost no ads for EVs and EREVs, which stood in huge contrast to the profit-rich trucks and SUVs. So nobody knew about the added value of EVs, and nobody in the business wanted to tell them until Tesla came along. Tesla has no conflicting ICE priorities. They were just building the best car that they could, and the Model 3 alone ended up being the 6th best selling car in the U.S. in 2019. The good news is that Ford seems to making a better effort than GM in promoting the Mach-E, and VW will be moving forward in a big way with EVs later this year as well. And when We start to see positive stories about EVs, and people start getting behind the wheels, and liking it. Then we will have reached the tipping point (10% of sales) where EVs are not just a tiny, niche/specialty market.