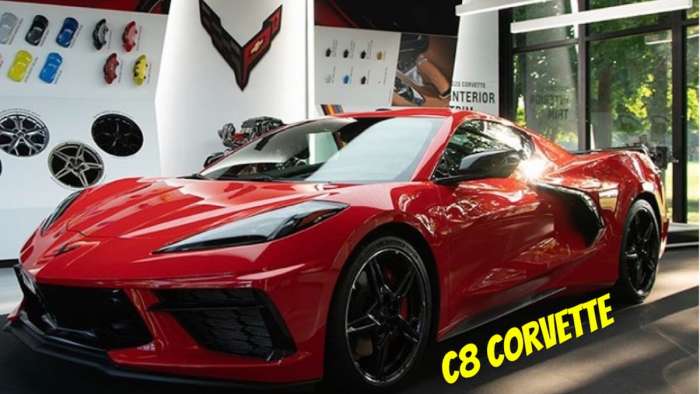 Since the 2020 C8 Corvette has arrived there has been tons of hype along with lots of unanswered questions. Let's look at some of these questions together and try to find answers.
Advertisement

The C8 Mid-Engine Corvette has been one of the more anticipated Corvettes ever. I mean can you imagine how much pressure was behind literally taking a car that has been front-engine for so many years to switch it up and now go Mid-Engine. Lots of Chevrolet customers are hoping General Motors do not fail with this new direction they are taking with the Corvette.

With the front-engine Corvette coming to an end, the C8 Corvette brings awareness and attention to other Mid-Engine sportscar owners. People are wondering what this New 2020 C8 Corvette will do for the sportscar market. Will it hurt Maclaren or Ferrari supercar owners? Will more people tend to buy a mid-engine supercar from Chevrolet or keep buying higher-end sportscars?

Since the Mid-Engine Corvette has been unveiled there’s been lots of questions surrounding this car, especially from current Corvette customers. Corvette owners who have owned previous front-engine Corvettes have been excited about this car but there’s been a few who have doubts. With those doubts come questions and with those questions well they want answers.

How much does the C8 Corvette weigh?

There’s been talk that the C8 Corvette could weigh anywhere between 3328-3600 pounds. My current C7 Corvette weighs 3428 pounds.

Does the C8 Corvette seat lower than the seventh-generation Corvette?

As being a C7 Corvette owner and seeing the Mid-Engine Corvette in person I will say that the C8 Corvette does seats lower than the C7.

How many 2020 Corvette allocations do dealerships get?

Another very popular question that people tend to ask is how many allocations does a dealership gets in order to sell the next generation Corvette. There is really no right answer to this question. This really depends on how many Corvettes the dealerships sell.

The most popular question of them all is will there be enough trunk space for those Corvette owners who like to take road trips? Trunk space really depends on the person and how much you would like to pack. After seeing the car in person I would say it does have lots of trunk space for me, but that can vary depending on the person.

There are so many unanswered questions regarding the Mid-Engine Corvette, its insane. Since going to the unveiling there have been tons and tons of questions. And I would not be able to answer all of them, but once the C8 Corvette finally hit the streets and into normal people's hands lots of these questions will be answered.

See you in my next Corvette story.

Tsingshan's Threat to Tesla: EV Maker Is In Battery Crosshairs
Tesla-Funded Research Reveals One of The Biggest Mysteries of EV Battery
END_OF_DOCUMENT_TOKEN_TO_BE_REPLACED