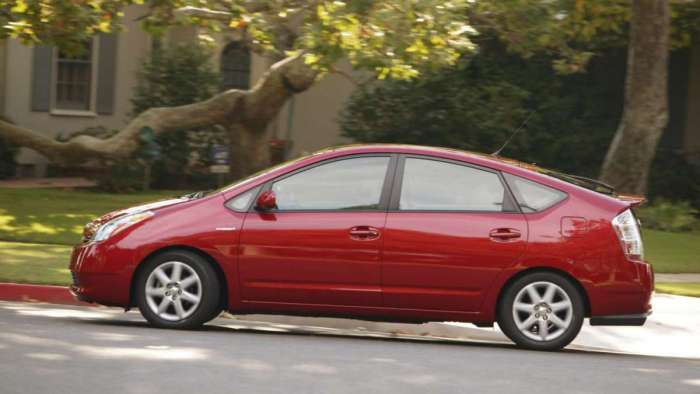 The second generation Toyota Prius was made from 2004-2009. While it was leaps and bounds better than the first generation, it still has its flaws. Here is what you should do if your Prius sets a diagnostic trouble code of P0A93, inverter cooling system performance.
Advertisement

Toyota Prius has always been a leader when it comes to new technology in the hybrid world. Introducing electric water pumps was another piece in that game.

The Toyota Prius Inverter pump replacement was covered by Toyota for model years 2004-2007. This recall ended November 30th, 2013. Pumps that are now failing, are rearing their ugly heads. Here is what you need to know should your Prius encounter a P0A93 Inverter Cooling System Performance code.

The Toyota Prius has a device on it called an "inverter" which takes high voltage direct current or DC from the traction battery and translates it into alternating current or AC. This "phasing" of sorts creates a lot of heat. The inverter must be cooled in order for the circuitry to have any sort of life.

The inverter on the Prius is relatively heavy duty and requires liquid cooling. Toyota strategically placed the inverter on Prius, under the hood of the car so as to be in close proximity to the radiator.

Due to the nature of this inverter, it being liquid cooled, it must have a way to circulate the coolant. Toyota used an electric coolant pump, to perform this task. It is located on the drivers front inner fender behind the headlight and looks like the picture shown below. 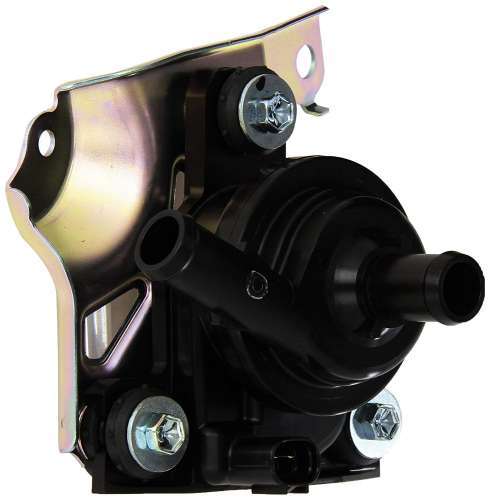 The reason these pumps were failing was due to an internal manufacturing defect. During the build process, the electric wiring had become lightly scratched and would cause the pump to short out internally. Once Toyota found out what was happening, they issued a recall and replaced at no cost to the customer, the coolant pump.

How To Know If Your Pump Is Working Properly

A very common code your Toyota Prius is a P0A80 code. It has to do with the hybrid system as well, just not the inverter. If you encounter this code, check out 3 Solid Replacement Options for your HV battery.

On Prius, whenever the car is on the pump is running and circulating the coolant from the inverter to the radiator. You can actually confirm this by taking the cap off the inverter coolant reservoir and seeing if there is a light turbulence inside. If not, you could have one of 4 problems.

The inverter water pump has failed (most common issue)
The pump circuit is open (no power, shorted pump.)
The cooling system is blocked (kinked hose, blocked pump lines)
The cooling system has an air pocket. (can happen after a poor installation of a new pump)

No matter what the reason, the inverter will overheat and cause your Prius to set a P0A93, Inverter Cooling System Performance DTC. Though the recall covered 2004-2007 Prius, these pumps can still fail on 2008 and 2009 years as well.

Toyota did do a part redesign for the coolant pump (part number G9020-47031) to solve the issue facing Prius. The original mount was black and the new mount is silver. So, be sure to check your Prius and see if it has the updated part or not. You may be in for a surprise.

While every dealer may have a close rate, close markup on parts and close diagnostic costs, all of this will vary. My personal breakdown should run you along the $300 mark and get you up and running again no sweat. The best part to use is obviously a Toyota part as those OEM parts have been updated and are not cheap knock offs. Get your repair done right and avoid further failures.

Should you encounter this issue with your Prius (I have had it happen to me) remember to keep calm and not panic. I carry a small OBD2 code checker with me wherever I go. If I happen to get a trouble code, I check it, clear it and drive the car to a safe place to work on it.

No matter what, you should never ignore a trouble code and always seek to get it fixed as soon as possible. Not doing so can cause further and more expensive damage to your Prius.

I hope that you have enjoyed reading about what to do with a P0A93 code on your Toyota Prius. Check out my other story Why the first generation Prius is better than either generation Nissan Leaf.

Nazario wrote on July 30, 2020 - 5:09pm Permalink
I got the OEM inverter pump from Toyota. Installed it and is running. I am not blowing the AM2 fuse anymore, which is good. I bled the system. However, I am not seeing any turbulence in the reservoir. where are the most common areas for blockage? Where do I start to check? Any other thoughts? Thanks,Nazario
Barry wrote on September 4, 2020 - 1:31am Permalink
I saw other YouTube videos that showed a few things you might try: 1. The pump should be making a humming noise when running. If you can place your hand on it, you will feel it vibrating and this indicates it’s pumping. (it’s a good idea to do this test before putting the headlight and fender back on). If you’ve already assembled it and cannot reach the pump, you can use a wooden dowel to touch the pump and listen to the other end of the dowel and you will hear the vibrations of the pump running) 2. You may have an air bubble in the system and this may cause the fluid not to circulate. Check out YouTube videos of how to bleed the system.
Lee wrote on April 8, 2021 - 4:49pm Permalink
I saw turbulence in the reservoir but get this error in about 2 weeks of use. Is there something else to check?
India Watkins wrote on August 27, 2021 - 11:29am Permalink
2004 The coolant reservoir fluid was vibrating slightly and I wonder if it's just picking up engine vibration. Triangle clicked on with a sound and the AC went warm. I drove home 28 miles, checked fluids, thought the AC belt was missing (not), computer gave me P0A93 code then AC started cooling again. I'm 68, female and stranded. Local mechanic is less inclined to help. Dealer is 45 minutes away. Don't have towing insurance. Am I harming by driving? only 145K miles. THX
Fred Bramston wrote on August 28, 2021 - 8:38am Permalink
You may very well be harming the inverter if you drive with this issue. Most common problem is the inverter coolant pump. However, I just had the same issues and it isn't the pump. (I changed mine out and tested the old, it was/is good.) So I have another problem I have yet to diagnose. If you can, remove the old pump and supply power to it to see if it runs. Conversely you could make sure it is getting power at the connector before even removing the pump.
India Watkins wrote on August 28, 2021 - 1:14pm Permalink
THX. Am not driving. I will film movement in water reservoir if someone will look and comment. Mechanic is not inclined to work on my Prius. Will sell car. Hybrid battery is less than 1 year old. THX
Fred Bramston wrote on August 28, 2021 - 8:39am Permalink
you will note the author of this story is only focused on the inverter coolant pump. Not exactly what the title indicates.
Wonekani Koko wrote on August 31, 2022 - 4:11am Permalink
Thanks for the lecture, my Prius have been having that code POA93 today it just sure that triangle sign and warning signs for the engine, I switched of and open the bonnet open the lid of radiator the water came out with a pressure but cold. After that my car becomes on but not starting. What may be the problem?

Tesla-Funded Research Reveals One of The Biggest Mysteries of EV Battery
Tesla Tesla Buyer Nets a Whopping $12,000 Discount After Asking for Reduction
END_OF_DOCUMENT_TOKEN_TO_BE_REPLACED