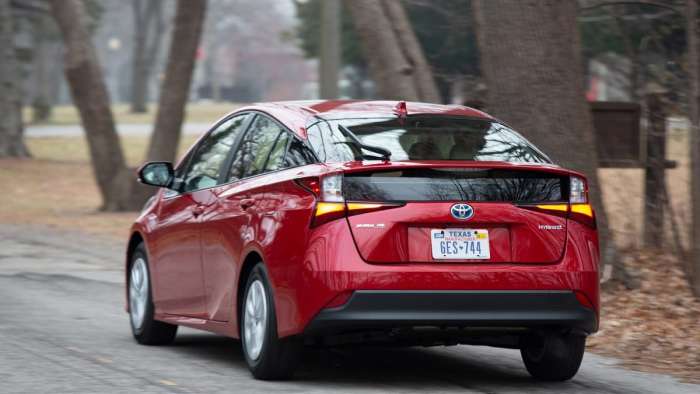 Toyota Prius has always been synonymous with the term hybrid, but lately sales have fallen a little short behind other makes. Toyota has dominated this market share since it was created by them. What is about to happen in the hybrid world is going to shake it up, again.
Advertisement

Toyota Prius is for sure the leader in hybrid technology. In fact, most people do not know that if it were not for Prius, we would not have many of the hybrids we see today.

Most car manufacturers, such as Ford, Hyundai, and others have studied Toyota Prius for a long time and utilized the Toyota Hybrid System in building their own cars.

In my other article where I talk about how Toyota is upsetting the market with solar, I touch on some very specific things that really show the creativity of the brand itself and how I feel they will always be the leaders when it comes to hybrid and fuel cell technology.

In this article I want to highlight the main thing I think Toyota will make happen from utilizing the solar cells on the Prius, and how that is going to effect vehicles like the Prius Prime. 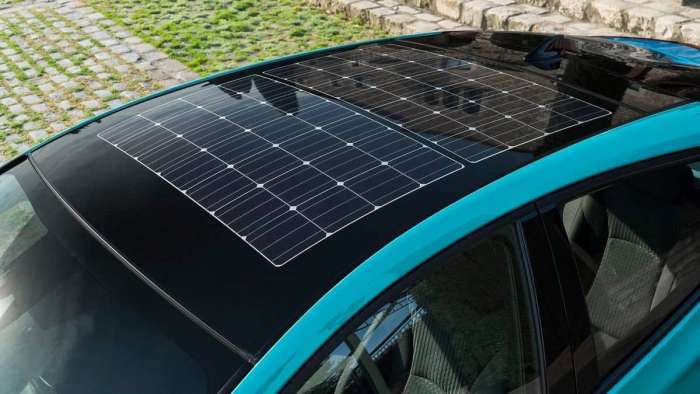 Solar, it seems as if we could only harness it more we could solve the energy crisis we are all in. Toyota knows that using any and all forms of energy we can, will greatly help the cause of the Prius. This is why regen braking is so great, it gave us the ability to capture lost energy.

These things make Prius the car that it is today, and with the addition of the Prime to the Prius lineup things have only become better. Prime is the plug-in version that takes efficiency to another level, and now with what Toyota is doing with Prime will only make it better.

Toyota has taken a Prius Prime and literally covered the car in high quality Sharp Solar cells. This is not there to boost the car when driving or anything but it is there to allow the car to capture more energy while it is sitting. This is super cool for a couple reasons.

Going on a vacation and need to leave your car at the airport? No worries it will charge and maintain itself while you are away, so no need to worry about a dead battery when you get back.

Second, if you are a commuter, and your car sits in a parking lot all day you will be getting free charge on your car while you work, so that is pretty neat too.

The solar cells are supposed to bring 840w of power now by using these Sharp cells over the previous version they had which only brought in about 180w of power. This means that we can gather more energy and charge faster for free when we are using the Prius.

Toyota is moving forward in really cool ways, they want people to go places and be feelin good while they are doing whatever they want. I think solar is a cool thing to try and see if we can make it work. Who knows maybe the Nissan Leaf can take a few lessons and finally be a car worth having. 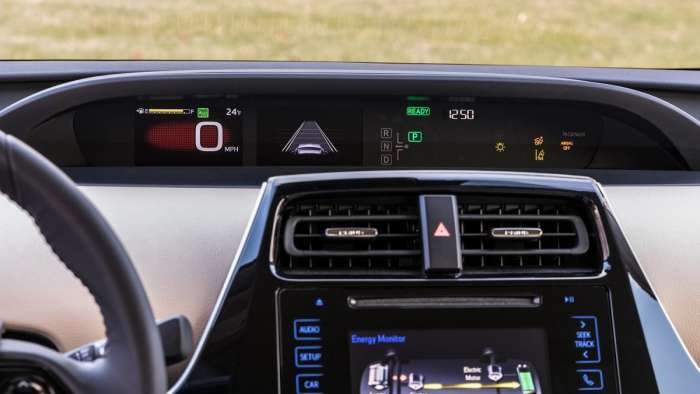 DeanMcManis wrote on August 1, 2019 - 1:40am Permalink
It is a nice idea, and it is impressive that the power of these solar cells is dramatically better than earlier versions. But it's a pretty small addition of power overall on a daily basis, and if it's not free then it would be tough to justify the expense other than the fact that it is cool technology.
STEVEN s EVANS wrote on August 1, 2019 - 8:49am Permalink
Peter I appreciate your reporting, analysis, and comments on these important new and exciting technologies! However, your skills as a writer of English need improvement. May I suggest a writing course at Columbia Basin College? Not creative writing, just on the basics, that you probably ignored in high school! But now if you aspire to be a writer for the public, you need the skills. thank you, Steve
Peter Neilson wrote on August 1, 2019 - 1:14pm Permalink
I really appreciate your concern for my writing. While I am sure that would be a great idea, I would love to see where this would fit into my schedule. Thinking about it now, maybe you could take an automotive course?
Bob Buckaloo wrote on August 1, 2019 - 9:44am Permalink
This article should be headline with "WARNING: FANBOY WRITING". How much more are these going to cost? What percentage of charge can be expected per hour of typical solar exposure? And who besides Toyota actually "utilized the Toyota Hybrid System in building their own cars?" Do you know what "utilized" actually means? The Prius was a leader in its class when it came out, but there are far superior alternatives today.
Peter Neilson wrote on August 1, 2019 - 1:13pm Permalink
Thanks for your input Bob ya ol' Buckaloo. Some of us just really appreciate who started it all. Other major car companies such as Ford, Hyundai, and Fiat Chrysler have modified the Toyota Hybrid System to fit their own needs.
E Blechner wrote on August 1, 2019 - 8:04pm Permalink
Honda actually came out with thew Insite a year prior to Toyota's first Prius. Honda also had and has the Civic hybrid as well as the Accord hybrid. Toyota might have sold more hybrids, but they weren't the first! Also, are you saying Ford, Hyundai and Fiat Chrysler are paying Toyota royalties on their patents? Or they copied Toyota, Or they did what most companies do and developed their own hybrids. I believe its the third option.
NAP wrote on August 2, 2019 - 12:45am Permalink
Hi: a Prius “fan boy” and owner here. Toyota has put put all the 23700 patents they developed for Prius in public domain. So has Tesla put all its patents in public domain. Just sayin’.
ncbill wrote on August 1, 2019 - 10:35am Permalink
There's no way the picture shown of the roof has 840W worth of solar cells. Is it a photo of the earlier version (180W?)
Peter Neilson wrote on August 1, 2019 - 1:10pm Permalink
Probably, there are not really any current pictures of the newer version.
Dan wrote on August 1, 2019 - 3:37pm Permalink
Great read, Peter. Thank you! For the sake transparency, I must admit to being a huge Prius fan. I really like the seemingly Asian approach of using every possible advantage. Like regenerative braking. Not a whole lot is garnered. But it contributes! I fully embrace my western culture but think we often want to throw a switch and every thing is perfect. Amazes me when you walk into some ones home on a warm day. The ceiling fan is blowing warm air down and the bottom of the windows are raised. Trapping the warmer air and circulating the cooler, out. My point being that I agree with you whole hardheartedly. Say if every car had such features or the like in the U.S. and Europe and that resulted in 5% less fuel used. That would be 5% less fuel used. And just dig the kool factor! (Third article in a row I have read where I thought perhaps the some, some comments could have used some editing for tact. I could not do what you folks do and thank you for it)
KB wrote on August 1, 2019 - 7:25pm Permalink
This article is ridiculous to assume that a solar car changes anything. How many miles will it drive in a year if it is supposed to run only on solar power (solar power charging a battery)? They need to go all Electric (rather than focusing on Hybrids) before thinking Solar - that's what Europe, China & NA wants. Proof of this is how well the Model 3 has sold.
JBMoorpark wrote on August 10, 2019 - 2:03pm Permalink
I wonder if you actually read the article. The author specifically states that the cells are NOT for increasing driving range but for capturing energy while the car is parked somewhere.
Dacker wrote on August 1, 2019 - 10:50pm Permalink
It would be interesting to know if the new photovoltaic cells are galium arsinide, which are much more efficient, but much more expensive. Given the surface area is fixed, it's the only way I can think of to more than quadruple the power produced.

Tsingshan's Threat to Tesla: EV Maker Is In Battery Crosshairs
Tesla-Funded Research Reveals One of The Biggest Mysteries of EV Battery
END_OF_DOCUMENT_TOKEN_TO_BE_REPLACED